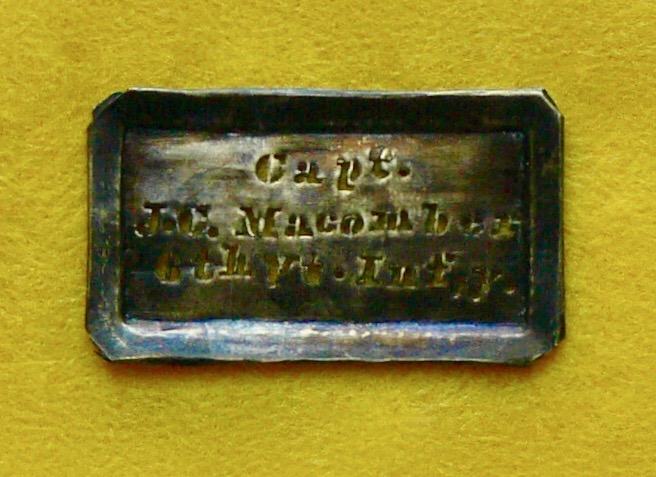 It's complicated. The soldier is John G. Macomber, Co. I, 6th Vermont infantry, a native of Westford. He was killed in action at the Wilderness on 6 May 1864.

The problem is, he never was a Captain. In fact, his Compiled Service Record never shows him as a commissioned officer at all, but 1st Sergeant on the day he was killed.

He had been promoted to 1st Lieutenant on the day before he was killed, with a date of rank of 21 April 1864, but apparently had not received the commission.