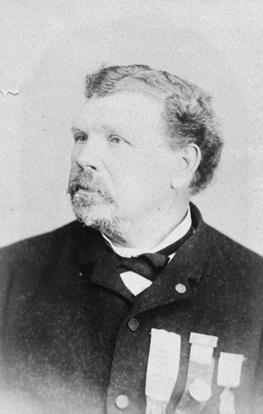 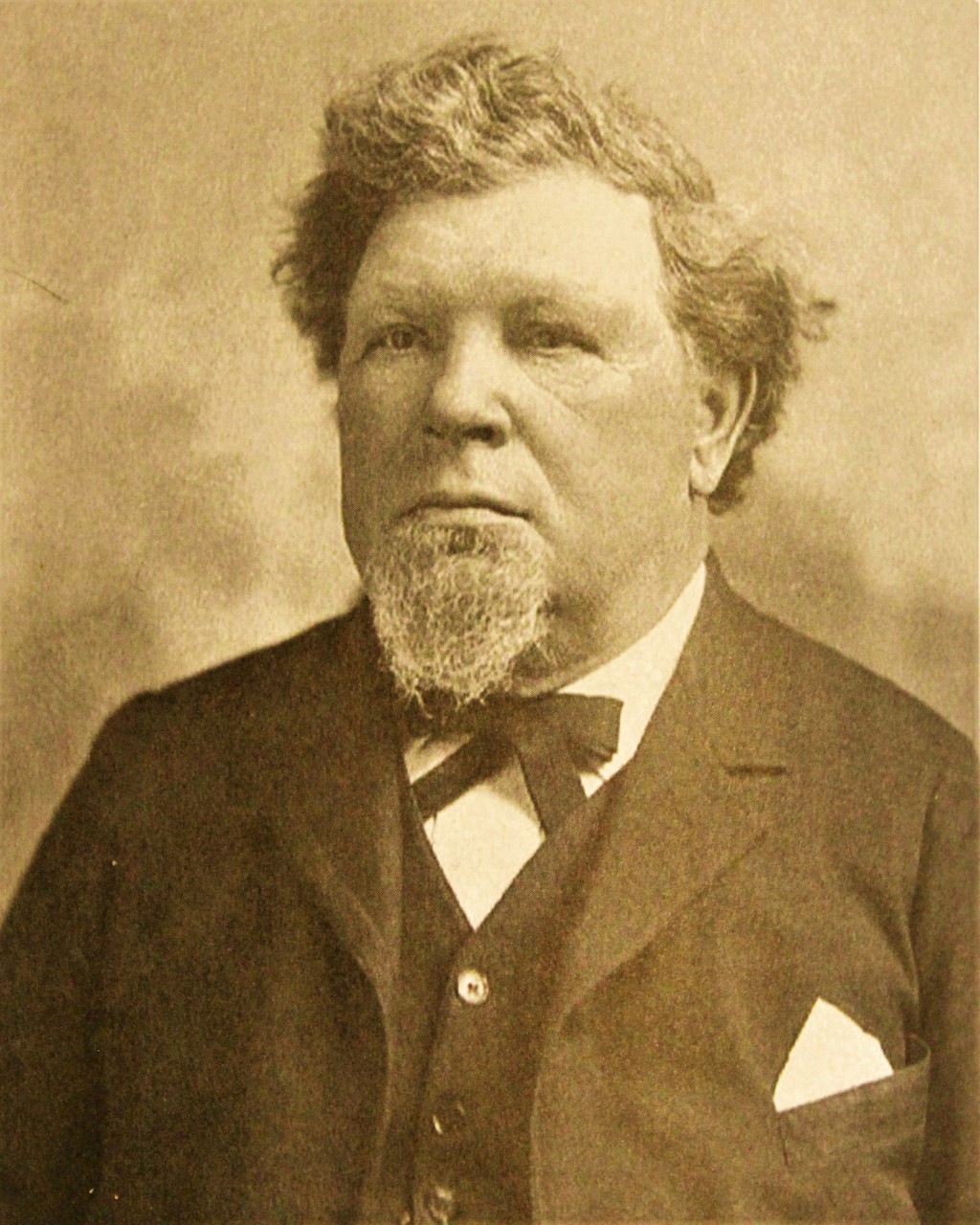 The battle of Gettysburg had been in progress the entire day of July 1st, when early in the evening, the Thirteenth Vermont Infantry, commanded by Colonel Francis V. Randall, reached the battle-field after seven days of steady marching. That night was devoted by the entire Third Brigade, under General Stannard, to much-needed rest. On the following day, with the battle renewed, the Vermont boys were called upon for heavy work and they responded bravely all along the line. In the afternoon a body of Confederates was seen dragging off a battery that had just been captured from General Sickles' forces and just at that particular time, batteries were needed. At this juncture General Hancock rode up, and, seemingly addressing the entire regiment, asked: "Can you Vermont men take those guns?" The commander of the regiment, Colonel Randall, replied: "We'll try, General." Then followed the command forming five companies for a charge, then the charge. Company A was in the lead and in command of Captain John Lonergan, who describes the succeeding events as follows:

"My company reached the guns first and placing my hand upon the nearest gun, I ordered the enemy to surrender. All this time the whole regiment was under severe fire, with men falling all along the entire charge; but we reached the guns comparatively together and in good form. The Confederates obeyed my summons to surrender, after which my men lay down their guns and taking hold of the wheels of the gun carriages, began moving them to a new position where they could be utilised.

"Meanwhile I noticed that we were sustaining much damage from firing that came from the Codories House in our front. And so ordering my command to pick up their guns, we made a charge of the house. We quickly surrounded the building, the men at once covering the windows and doors with their guns, so that no man should escape. Then I stepped to the front door, and knocking it in, I ordered: 'Surrender! Fall our here, every damned one of you!'

"My order was obeyed almost instantly, for the Confederates came tumbling out, led by their commanding officer until we had eighty-three men as prisoners. The officer in command handed me his sword and each man laid down his gun until I had a considerably larger number of men as prisoners than I had in my entire command. When all was over for the day General Stannard sent for me, and upon my arrival, he said: 'Captain, you did well to-day, but do you know you violated all military laws in capturing those prisoners in the Codories House?'

"'Why,' replied the general with a smile, 'you know that in forming a company line, the command is, 'fall in!' and at the Codories House you said 'fall out.'

"I saw the joke and answered: 'Yes, General, but they were already in, and so had to 'fall out.'"

Capt. John Lonergan, a notice of whose death in Montreal Wednesday morning, appeared in yesterday's Messenger, passed his boyhood and youth in Winooski, where he assisted his father in his business as a cooper. After the opening of the Civil War, he enlisted a company of volunteers in Burlington which later became Co. "A" of the 13th Vermont regiment of which he was the captain. He served throughout the term of service of the regiment and especially distinguished himself in the battle of Gettysburg, taking part with his company in the recovery of the guns of a Union battery during the last fighting of the second day on the left of Cemetery Hill, and capturing eighty-three Confederate prisoners who had taken shelter in the Rogers house in front of the Union lines. The next day the company under his command took a gallant part with the regiment in the reception given by Stannard's brigade to the great Confederate assault and in the flank attack of Pickett's division which had such an important part in securing the victorious result of the battle.

Captain Lonergan was a favorite with his company and received from his men the present of a handsome sword at the opening of the Gettysburg Campaign. He was mustered out July 21, 1863.

In 1865 he had a short term of service as sergeant of Co. M of the frontier cavalry, raised to guard the frontier after the St. Albans raid. He also served as deputy collector and inspector of customs under Collectors Stannard, Smally, and Benedict, being stationed much of the time at Point St. Charles, Montreal.

Captian Lonergan was a brave soldier and a loyal citizen. His fund of humor, gifts as a story teller, and warmth of heart made him a general favorite.

Capt. John Lonergan Dead.
He Was a Captain in the 13th Vermont in the Civil War

Rutland, Aug. 6, - Word was received here today of the death in Montreal this morning of Capt. John Lonergan, at the age of 62 years.

Captain Lonergan was a native of Lincoln (sic), and was well known all over the state in military circles. He was captain in the 13th Vermont regiment in the Civil War. The funeral will be held at Burlington Friday.