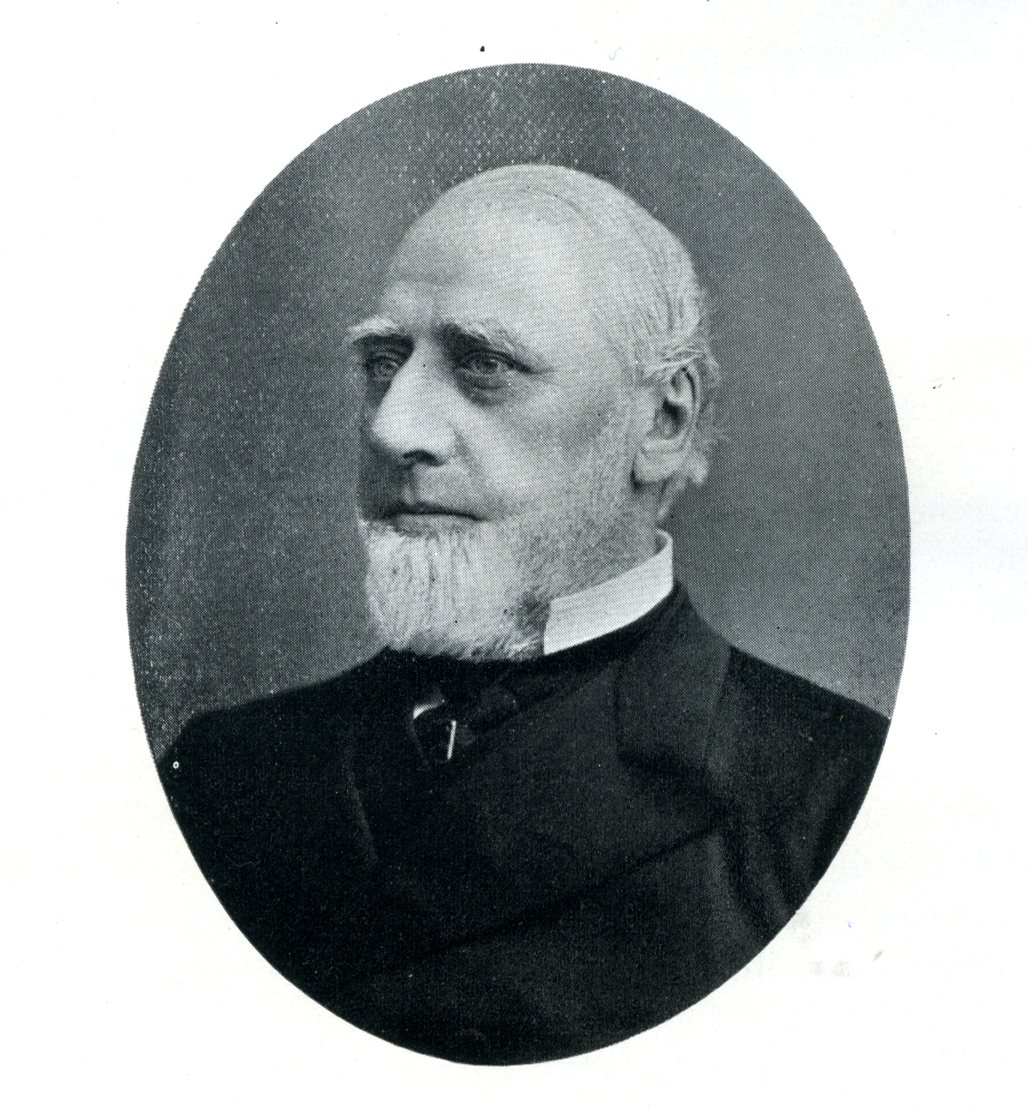 Smith, John Gregory. The third of the war Governors of the state, the organizer and the head for years of the great Central Vermont railroad system, and one of the projectors of the Northern Pacific, was for nearly thirty years the most potent personality in Vermont affairs. He was born at Saint Albans, July 22, 1818, and was the son of John Smith, a pioneer railroad builder in Vermont, and a leading lawyer and public man of his generation, representing Saint Albans nine successive years in the Legislature and serving one term in Congress. The family came from Barre, Mass. John Gregory graduated from the University of Vermont in 1841, and subsequently from the Yale law school. He at once associated with his father in the practice of law and incidentally in railroad management.

At the death of his father in 1858 John Gregory succeeded to the position of trustee under the lease of the Vermont & Canada R. R. Simultaneously he entered politics, and for many years the career in each line was involved with the other. The roads ran down so that in 1865 trust bonds began to be issued to provide for repairs, and from this Governor Smith advanced to a large policy of "development" forming by leases and purchases a great "through system of roads, all under the authority" of the court of chancery, and as an extension of the policy of repairs. The emissions of "trust" bonds continued till 1872, when $4, 356, 600 were out. When the financial panic struck the country, these structures tumbled, the rent payment to the Vermont & Canada was defaulted, notes went to protest, a legislative investigation was held, and a long and complicated litigation ensued. Governor Smith and his management, generally speaking, came out of the courts successful, but before the end was reached a compromise was effected by which new securities were issued to the different interests and the "Consolidated Railway of Vermont" formed, still under Smith's management. He was one of the originators of the Northern Pacific railroad enterprise and was the president of the corporation from 1866 to 1872, when he retired amid the troubles that were thickening about both companies. Under his lead five hundred and fifty-five miles of the road were built.

He entered the Legislature as Saint Albans' representative in 1860, and in '61 and '62 was speaker of the House, winning such popularity that he was unanimously nominated for Governor in 1863 and re-elected in '64. And none are there to deny the high quality of his service to the state and nation in those days. He was the friend and confidant of Lincoln and Stanton. He was particularly solicitous in caring for the Vermont boys at the front, and his many deeds of kindness won him many enthusiastic and life-long admirers. He was chairman of the state delegation to the national Republican conventions in 1872, 1880, and 1884. After his retirement from the Governor's chair he held no public office, though for about twenty years he was the master of Vermont politics.

He was frequently afterward talked of for a seat in the United States Senate, particularly in 1886, when quite a breezy little fight was made for him, and again in 1891 after Edmunds' resignation. But in both cases he withdrew his name.

He was a very remarkable man-shrewd, far-seeing, persuasive, and yet iron-handed in his determination to carry his purposes. He had a wonderful faculty, with his wide knowledge of human nature and his singular affability of manner, of winning other men to his support, and his marked executive ability made successful the schemes he was so facile in organizing and inaugurating. He was prominently interested in several local business enterprises, and was president of Welden National Bank, the People's Trust Co., and the Franklin County Creamery Association. He was a life-long member of the Congregational church, and a liberal giver for church purposes, a late contribution being a gift of some $7,000 for remodeling the church edifice. In 1888 he gave the village of Saint Albans an elegant bronze fountain costing $5,000, which now adorns the public park. His palatial residence in Saint Albans has been the scene of many gatherings, at which Governor and Mrs. Smith have dispensed a courteous hospitality. He married in 1842, Ann Eliza, daughter of Hon. Lawrence Brainerd, who has written several novels and other charming books and who survives him with five children: George G., in business at Minneapolis, Minn., Edward C., president of the Central Vermont R. R., Mrs. C. O. Steven of Boston, and Mrs. Rev. D. S. Mackay of Saint Albans.