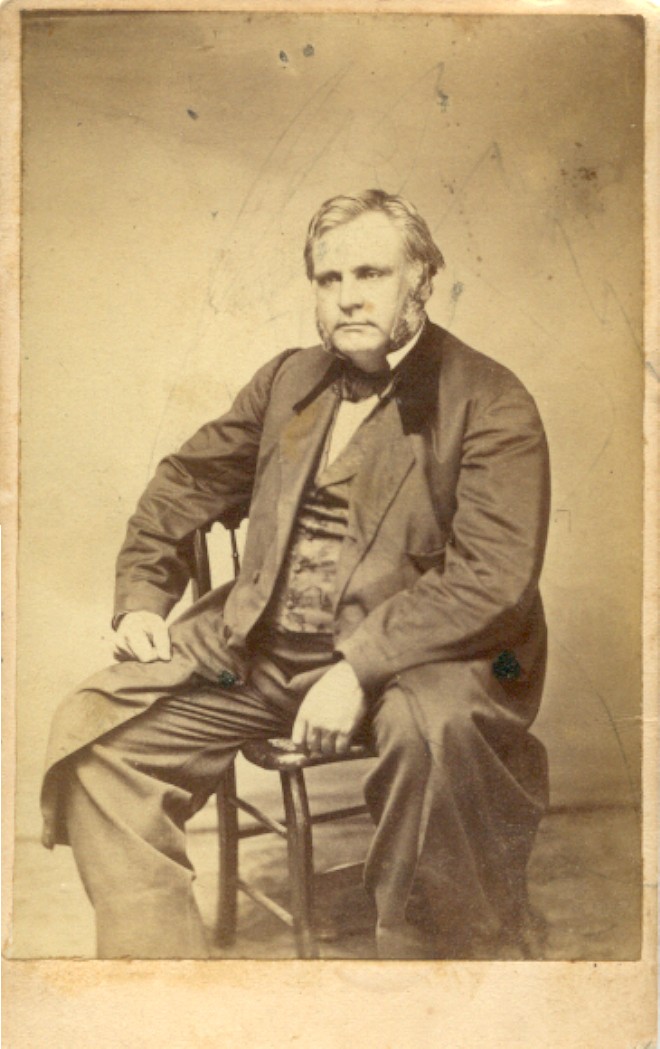 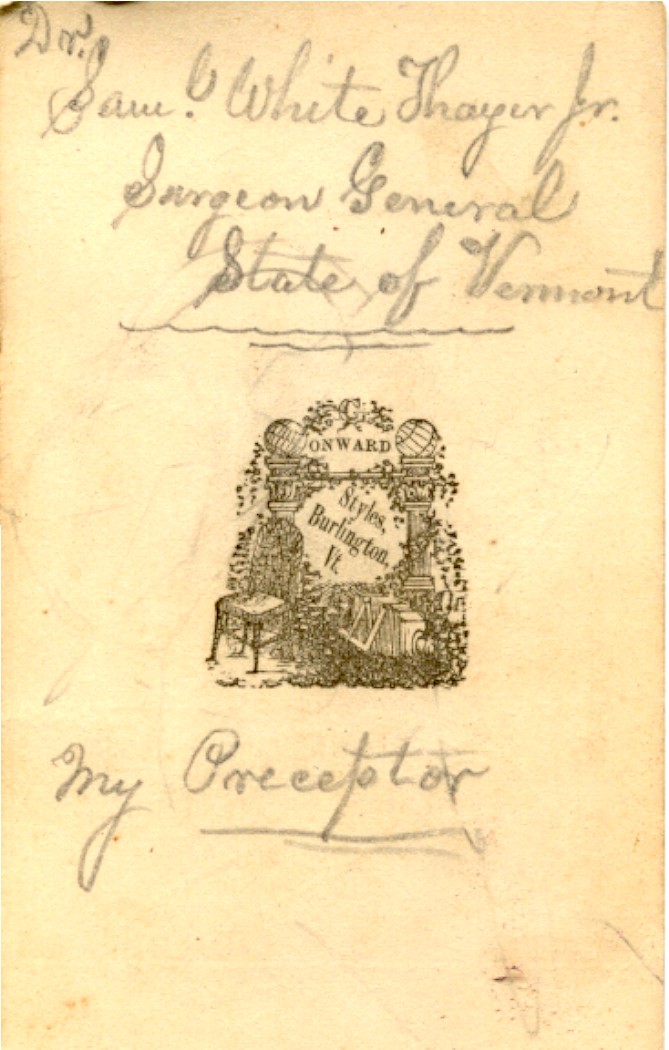 Prior to the breaking out of the Civil War the office of Surgeon-General had never existed in Vermont. In the absence of any law providing for such an officer, a State Board of Medical Examiners was established in 1861 by Governor Fairbanks, of which Dr. Samuel W. Thayer, of Burlington, was appointed chairman. One of the principal duties of the Board was the securing of competent medical officers for the Vermont regiments. To this was soon added that of properly caring for the hundreds of sick and wounded men who were sent home rom the front for treatment. The execution of this most important work largely devolved upon Dr. Thayer, and brought into requisition his superior skill as an organizer, and exemplified his customary energy and industry. He established and brought into working order the military hospitals at Burlington, Brattleboro and Montpelier, and was for a considerable time in charge of the one at Burlington. In addition to the exacting and arduous duties performed by him within the State, he organized a corps of volunteer or emergency surgeons, with whom he went to the front on several occasions, after great battles had been fought, and the regular medial staff was inadequate to the prompt and proper care of the vast numbers of wounded. His efficient service in the field hospitals, where his skill as a surgeon was of great assistance, was highly appreciated. His was appointed as Assistant Surgeon in the United States Army by President Lincoln, and was brevetted Captain U. S. Vols. The State Legislature having created the office of Surgeon-General, with the rank of Brigadier-General., Governor Smith at once appointed Dr. Thayer to the position as a partial recognition of his valuable services to the State. He was commissioned November 22, 1864, and again October 24, 1866.