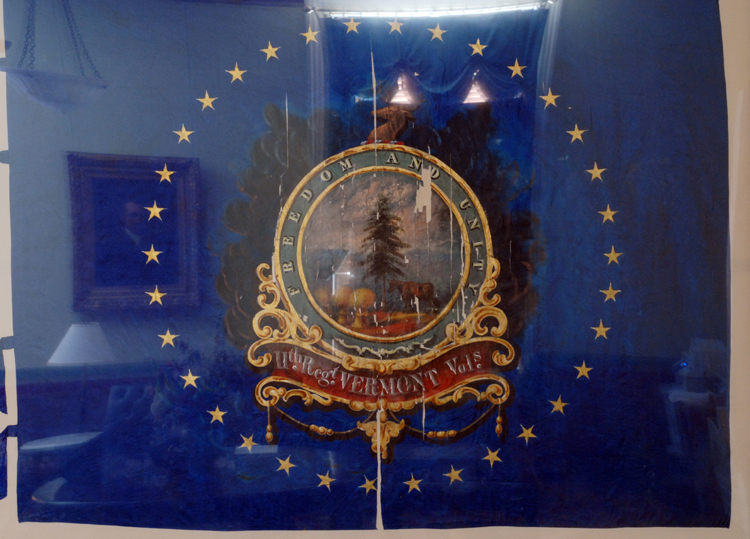 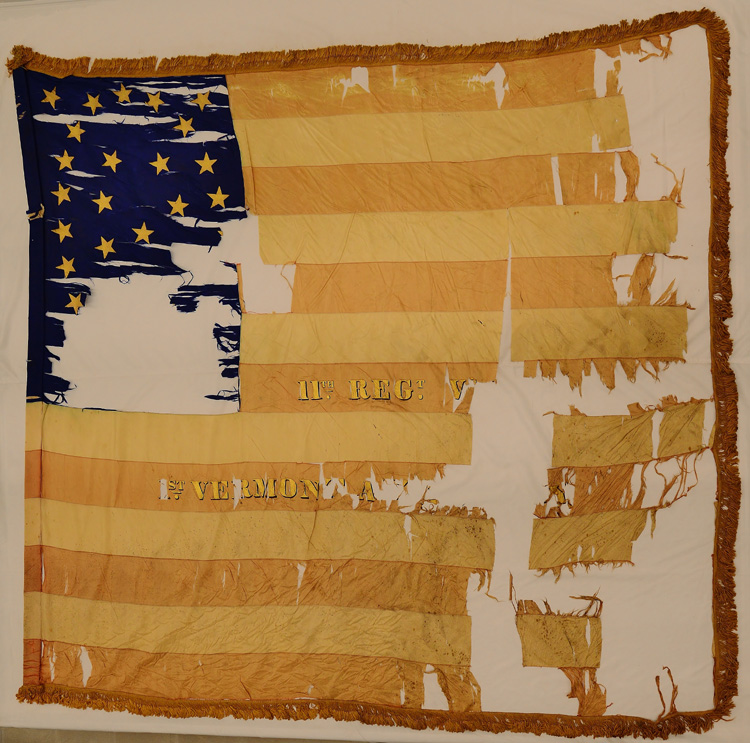 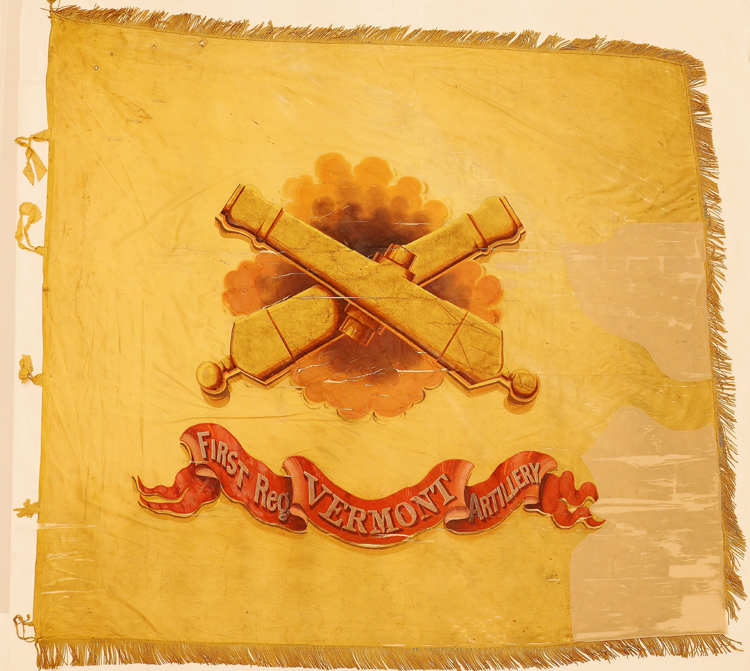 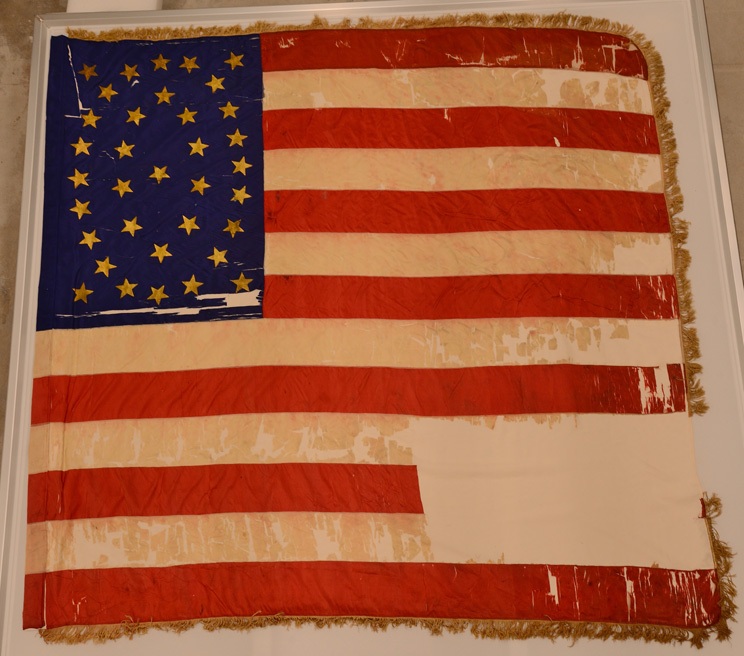 Webmaster's note: This regiment was mustered into U.S. Service as the 11th Vermont Volunteer Infantry in September 1862. In mid-December 1862, it was officially redesignated as 1st Artillery, 11th Vermont Volunteers. Unfortunately, subsequent official and personal records used both, sometimes in the same document, and this causes sigificant confusion.

The 11th Regiment was the largest Vermont regiment sent to the war, both in original membership and in total enrollment. It was recruited as an infantry regiment at the same time as the 10th, under the call of July 2, 1862, for 300,000 volunteers. By the middle of August ten companies had been organized, and rendezvoused at Camp Bradley, Brattleboro, where they were mustered into the U. S. service, Sep. 1, 1862, for three years. It left the state on Sep. 7 for Washington, where it arrived on the 9th and was assigned to duty in the chain of forts constituting the northern defenses of the capital. By order of the secretary of war, dated Dec. 10, 1862, it was made a heavy artillery regiment, and was designated the "1st artillery, 11th Vt. volunteers." Authority was also given to increase its numbers to the regular heavy artillery standard of twelve companies of 150 men each, with three majors and four lieutenants to a company. This was accomplished in the course of the next few months. It remained in the defenses of Washington for a period of 18 months, during which time it was chiefly employed in strengthening the works and constructing and garrisoning Forts Slocum, Stevens and Totten. It assumed the red stripes and chevrons of the artillery and its companies were designated as batteries. A new flag was also added to the other colors of the regiment, bearing crossed cannons on a yellow field. During the latter part of its artillery service at Washington, it garrisoned four other forts and occupied a line of about 7 miles front, the works mounting upwards of 200 heavy guns and mortars. It experienced little of the real hardships of war during the year 1863 and the first three months of 1864. It had comfortable quarters, the men enjoyed excellent health and rations and even luxuries were abundant. It maintained an excellent state of discipline and was rated the best disciplined regiment in the defenses of the capital. After the terrible losses incurred at the battle of the Wilderness, it was ordered to reinforce the army of the Potomac and reported for duty as infantry near Spotsylvania Court House with nearly 1,500 men in line. It was assigned to the Vermont Brigade, 2nd brigade, 2nd division, 6th Corps, and was divided into three battalions, each of which was manoeuvred as a regiment, and each of which exceeded in numbers any one of the older regiments of the brigade. The Vermont Brigade at this time was reduced to about 1,200 muskets. During the severe campaigning which now ensued, the 11th participated in every battle of the 6th Corps from May, 1864, to April, 1865. It was engaged at Spotsylvania, Cold Harbor, Petersburg, June 18, 1864, Weldon railroad, Fort Stevens, Charlestown, Gilbert's ford, Opequan, Fisher's Hill, Cedar Creek, Petersburg, March 25 and 27, 1865, and in the final assault which carried the works of Petersburg on April 2. In the affair on the Weldon railroad, June 23, 1864, the regiment suffered the greatest loss sustained by any Vermont regiment in one action, its loss being 9 killed, 31 wounded, and 261 captured. Among the prisoners were 1 field and 17 line officers. The regiment participated in the review of the brigade, June 7, and in the grand review of the 6th Corps at Washington on the following day. Original members, recruits for one year, and recruits whose term of service expired before Oct. 1, 1865, were mustered out of service on June 24, 1865, and the remainder of the regiment was consolidated into a battalion of four companies of heavy artillery, commanded by Maj. Safford, and stationed in the defenses of Washington until mustered out on Aug. 25, 1865. The following officers were breveted for gallant and meritorious service : Col. James M. Warner, Maj. Aldace F. Walker, Capt. James E. Eldredge, Lieut. Henry C. Baxter, Capt. George G. Tilden, Lieuts. Henry J. Nichols, George A. Bailey, John H. Macomber and Charles H. Anson.