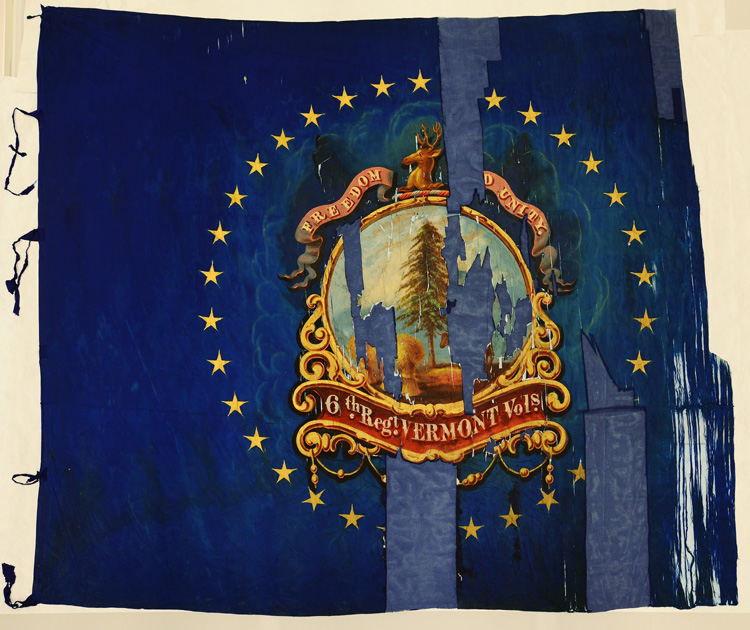 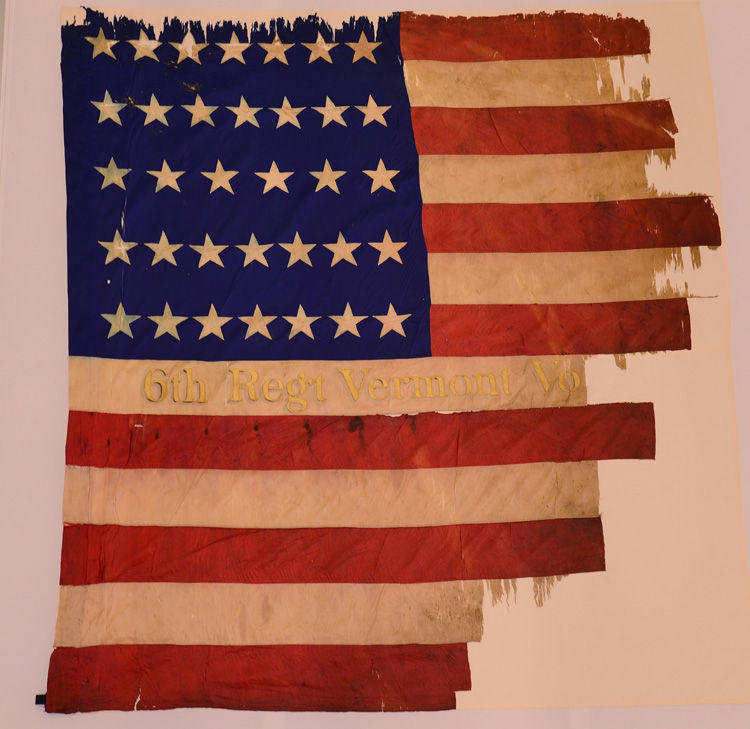 The 6th Regiment, recruited from the state at large, was mustered into the U. S. service for three years at Montpelier, Oct. 15, 1861, and immediately ordered to Washington, where it arrived on the 22nd. It proceeded at once to Camp Griffin, where it was attached to the Vermont Brigade. The command remained at this post during the winter and broke camp on March 10, 1862, for the Peninsula Campaign. On April 6, 1862, at Warwick creek, Va., the regiment was first in action, fortunately without loss. The brigade was first a part of the 4th and later of the 6th Corps, with which it was generally known. In the battle of Golding's farm the 6th won complimentary mention from Gen. Hancock. The loss at Savage Station was severe, and in the Maryland campaign it bore an active part. It was active at Fredericksburg and soon after went into winter quarters at White Oak Church, where it remained until camp was broken for the Chancellorsville movement in the spring of 1863. There and at Gettysburg and Funkstown later in the summer, the regiment proved its right to be known as a brave and gallant band. After sharing in the Mine Run campaign, the 6th went into winter camp at Brandy Station, Va., until the opening of the Wilderness campaign in the spring of 1864. In this memorable campaign the part of the Vermont Brigade was both important and tragic. The work was arduous and the loss terrible. It joined in the famous assault at Spotsylvania and was repeatedly in action at Cold Harbor. Soon after the arrival of the army at Petersburg the 6th Corps was ordered to the defense of Washington and rejoined the Army of the Potomac in Dec, 1864, to remain with it during the remainder of the siege. In Oct., 1864, the original members not reenlisted were mustered out and the veterans and recruits consolidated into a battalion of six companies. After the surrender of Lee at Appomattox the regiment was mustered out at Washington, June 19, 1865, and ordered home.