Frederick Marius Kimball was born in Barton, Vt., June 14, 1840; married Sept. 27, 1863 to Susanna S. Hoyt of Cabot, Vt., who is a lineal descendant of John Hoyt, who came from England and settled in Salisbury, Mass., about 1631. One of her ancestors was a Revolutionary soldier who carried his wounded captain off the battlefield. He was educated at Orleans Liberal Institute in Glover, Vt., where most of his boyhood was spent. He taught school several winters, and commenced the study of law, but the war coming on he laid aside his books and took up the musket. 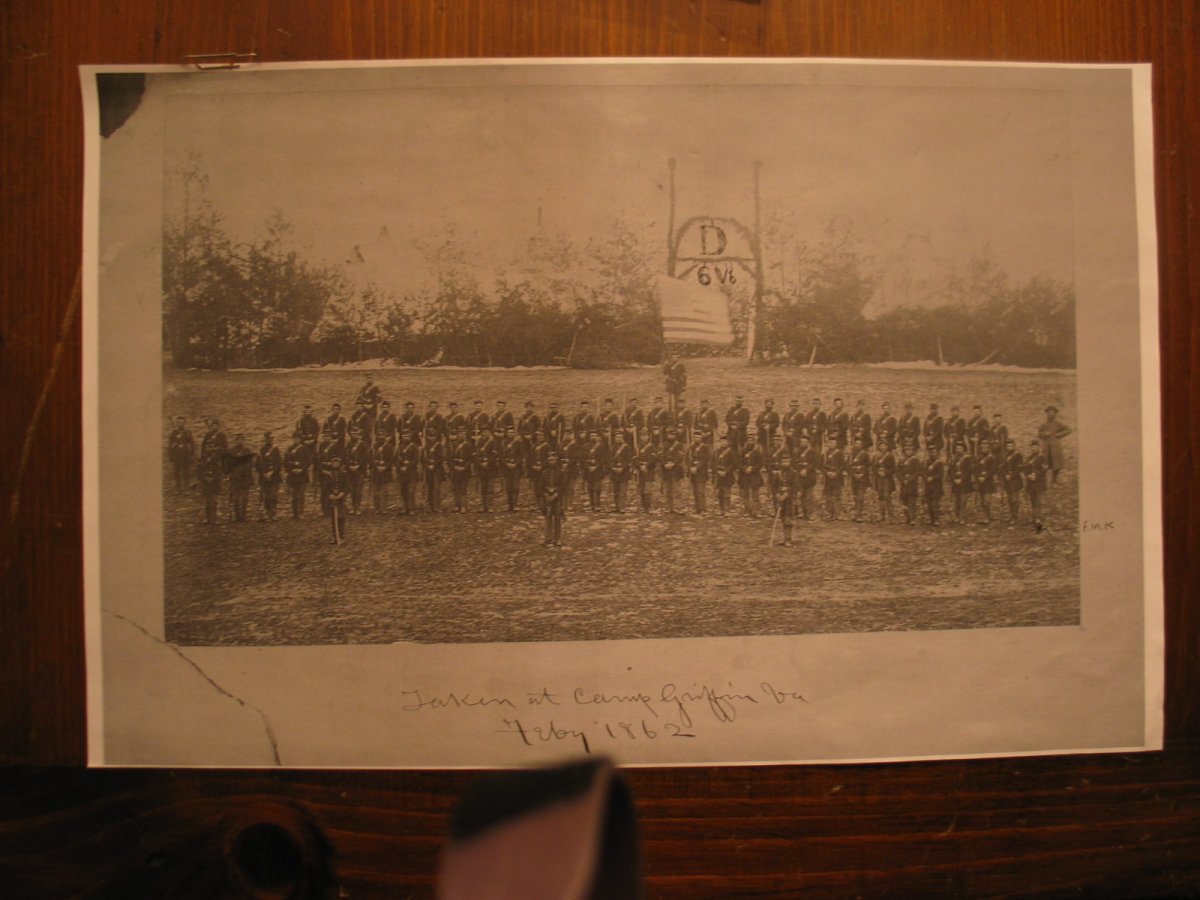 With many other Glover boys, he enlisted in Co. D, Sixth Vt. Regt. This regiment was mustered into the service of the U.S. Oct. 15, 1861, at Montpelier, and immediately started for the seat of war. During the following winter the regiment was quartered at Camp Griffin, Va., and was brigaded with four other Vermont regiments. The brigade became famous as the "Old Vermont Brigade," making a record second to no other organization in the entire army. He participated in the battles of Lee's Mills, Williamsburg, Golding's Farm, Savage Station, White Oak Swamp, Malvern Hill, Harrison's Landing, Second Bull Run, South Mountain, Antietam, first and second Fredericksburg, Maryland Heights, Bank's Ford, Gettysburg, and Funkstown, besides many other minor engagements and skirmishes. He was promoted through several grades, and from early in 1863 commanded his company in all of its subsequent battles while he remained with his regiment. He was wounded at Bank's Ford, May 4, 1863, and again very severely in the left thigh at Funkstown, Md., July 10, 1863. From the effects of this wound he never fully recovered.

At Bank's Ford, when his regiment charged Early's assaulting columns, the enemy was thrown into great confusion by the unexpected attack, broke and ran, hotly pursued by the Sixth Vermont with fixed bayonets. His belt plate turned a minie ball and saved his life, but the glancing ball wounded him slightly in the arm. The regiment captured over four hundred prisoners in this charge. One Confederate captain, who had been shot through the face, surrendered his sword to Captain Kimball, together with the remnant of his company, who then threw down their muskets, and being placed in the charge of two or three privates, were ordered to the rear. Captain Kimball had only turned to go forward, when a rebel, who had surrendered, picked up a gun which was lying on the ground, and was in the very act of shooting him, when the movement was seen by Sergeant Cleveland of his company, who, with the quickness of thought, drew his gun upon the rebel and shot him dead. Thus was Captain Kimball's life twice almost miraculously saved during that one engagement. 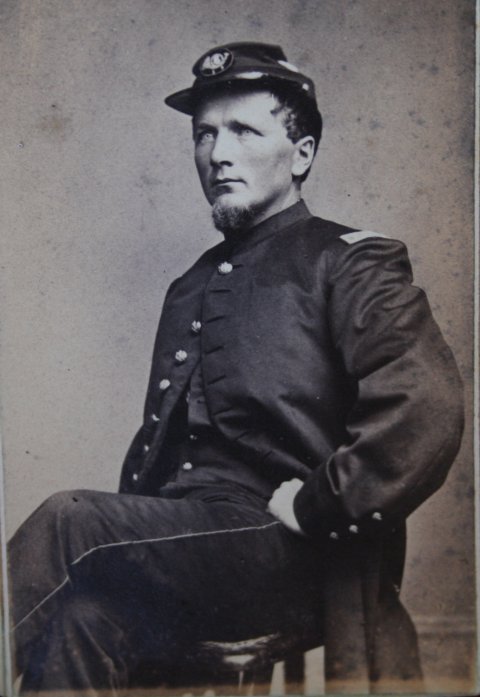 When wounded in the Battle of Funkstown, he remained in command of his company until his boot filled with blood. This fight was one of the hardest of the whole war for a small one. The Vermont brigade, a mile and a half from any support, deployed as skirmishes, repelled the attack made again and again by an entire Confederate division. At Antietam his haversack was carried away by a grapeshot, and several times his clothing was pierced by bullets. After being wounded at Funkstown he was never again able to perform field service, and was honorably discharged by order of the secretary of war, Oct. 22, 1863, but within a week thereafter he was commissioned by President Lincoln a second lieutenant in the Veteran Reserve Corps. From this time until the close of the war he performed post and garrison duties at various places, a portion of the time at Brattleboro and St. Albans, Vt. For meritorious conduct he received several promotions, again reaching the rank of captain.

After the close of the war Captain Kimball was assigned to duty in the Freedmen's Bureau, and stationed in Virginia as superintendent of several counties, with headquarters at Lawrenceville. There, in the midst of a people so recently in rebellion, his life was a number of times in jeopardy. He remained four years in the discharge of most difficult and trying duties, to protect the negro in his newly acquired freedom. He was shot at several times, and received KuKlux letters ordering him to leave the country under pain of death. His noble wife stood by him through it all. At one time, when he was assaulted by four ex-rebels, with intent to kill, she saved his life by running to his rescue with a revolver, and after some hard fighting they succeeded in driving the men away.

They were ostracised from society and subjected to many indignities by the ex-Confederates. During the time while Captain Kimball was in charge of the Freedmen's Bureau he had supervision of the registration and elections, and also organized and sustained the colored schools. He was chosen a delegate from the fourth congressional district of Virginia to the Republican convention that met in Chicago May 20, 1868, and nominated General Grant for president. The Freedmen's Bureau expired by limitation of law Jan. 1, 1869, and at that time Captain Kimball received an honorable discharge after an unbroken service of over seven years.

He was republican candidate for the state senator, and was urged by his friends to run for congress, but being young and without legislative experience, he declined to do so, though the field was clear. He was appointed, soon after his discharge from the service, by General Stoneman, then provincial governor of Virginia, clerk of the county and circuit courts of Brunswick County. This office he held for about six months when he resigned it, and also his candidacy for state senator, and emigrated to the West, settling in Cameron, Mo., in September 1869. For several years he engaged in mercantile pursuits. In 1872 he was elected a member of the city council and was the acting mayor of the town. In 1884 he was appointed postmaster by President Arthur and held the office until a change of administration. He then removed with his family to Colorado, where he engaged successfully in the real estate business for four years, returning again to Cameron, his old home in the fall of 1890, where he could have better schooling for his children. Since 1892 he has been secretary and manager of the Etna Loan Co. of Kansas. He resides in Topeka, Kansas.

This information was taken from the History of the Kimball Family, Vol. II, Published by Damrell & Upham of Boston in 1897. Leonard Allison Morrison & Stephen Paschall Sharples were the authors of the two-volume set.

Frederick preserved a significant amount of materials, which is being scanned and transcribed, courtesy of John Kimball, his great-great grandson.