It's better to die free, than live as a slave. - Fredrick Douglas 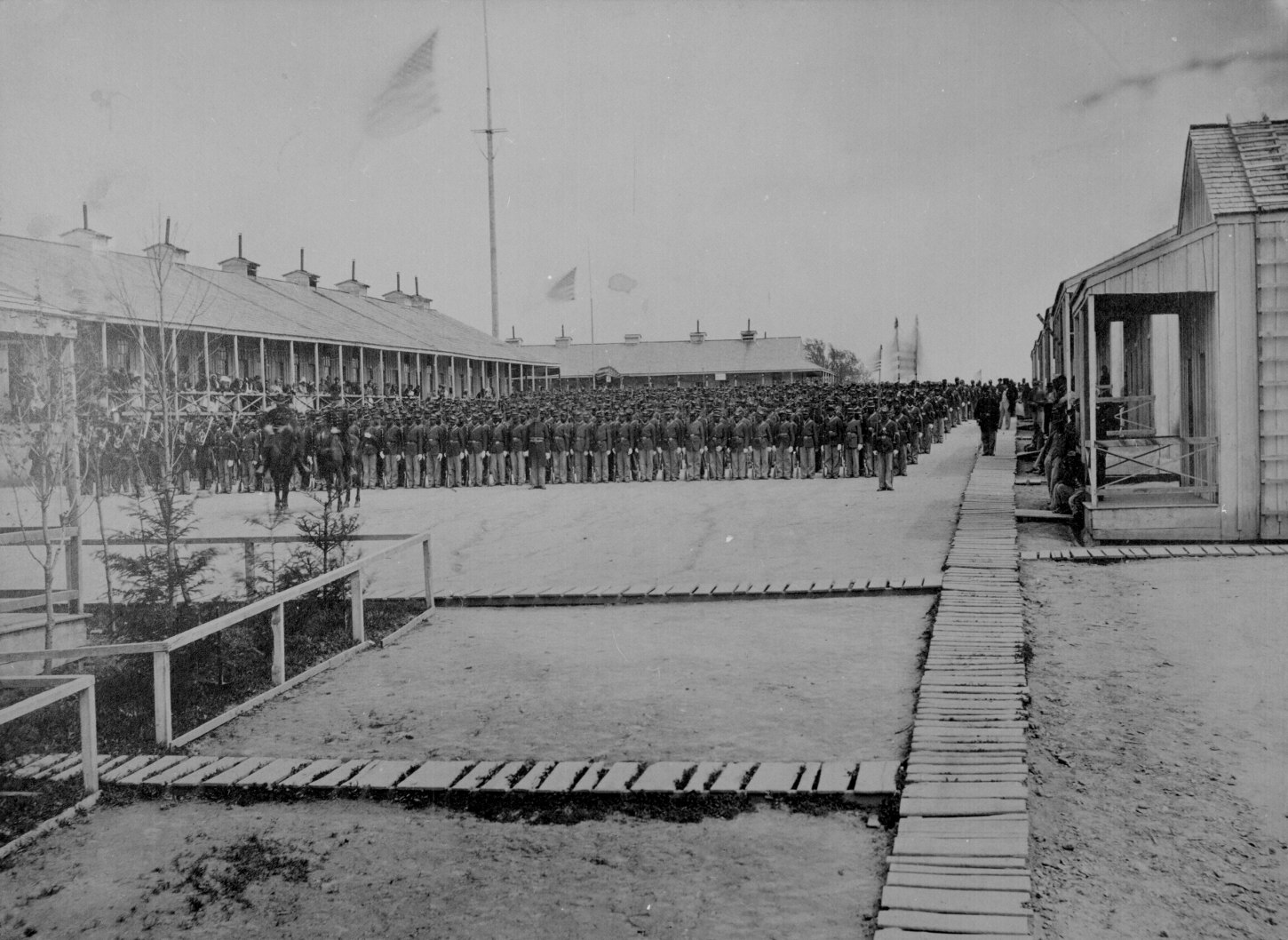 Obscure and forgotten by everyone except those who live in the tiny town of Coventry, Vermont and a few history buffs who make pilgrimages to historic sites, stands a statue in honor of local men who served in both the Civil War and the Spanish-American War. Nothing fancy. A Union soldier standing guard over bronze plaques engraved with the names and units of Coventry's sons who went off to serve their country in times of crisis.

Four names stand out. Listed under the heading "Co. B, 54th Massachusetts Inf. Vol." are Andrew H. Mero, Charles W. Mero, Edward H. Mero and Sylvester Mero. Four soldiers that fought for the reunification of our nation and the elimination of the national shame of slavery. They were soldiers, much like, and yet unlike, the others listed on the statue in Coventry and all of the other statues and monuments throughout Vermont. These were four brothers off to fight together. Men, who were previously denied the right to stand up for their country. They were all native-born Vermonters.

They were all African Americans.

Yet they served under U.S. Grant during the Wilderness Campaign. They fought and died in the siege lines before the Charleston fortifications. They held off Confederate forces after the Union defeat at Olustee, Florida. They attacked Fort Harrison on the Petersburg lines in the shadow of white Vermonters. They pursued Lee's Army of Northern Virginia all the way to Appomattox Court House.

When the war was over they were ingloriously transferred to the swamp and disease infested Texas frontier to guard the Mexican border when other white volunteers were discharged and sent home.

After their return to Vermont, they joined fraternal organizations and participated in local parades to the applause of their neighbors. When they died, their grave markers proudly indicated their service. Over one hundred and thirty years after the last shots were fired in anger however, they are the forgotten heroes of the Civil War.

They came from all walks of life. They were fathers, brothers, and uncles. Some were born and raised in Vermont. Some were born to slaves and some were born slaves. They had wives and girlfriends they left behind. They worked on rented farms and they owned property. There were just over seven hundred African Americans living in Vermont according to the Census of 1860. One hundred and ninety-three e served in the Union army credited to the State. Ten did not return.

Vermont is proud to look back at her contribution of men and material to the Union war effort. Proud to claim that she was the first to volunteer in the time of national crisis. Proud of her stories and histories of glory in the field.

Vermont, these also are your sons.