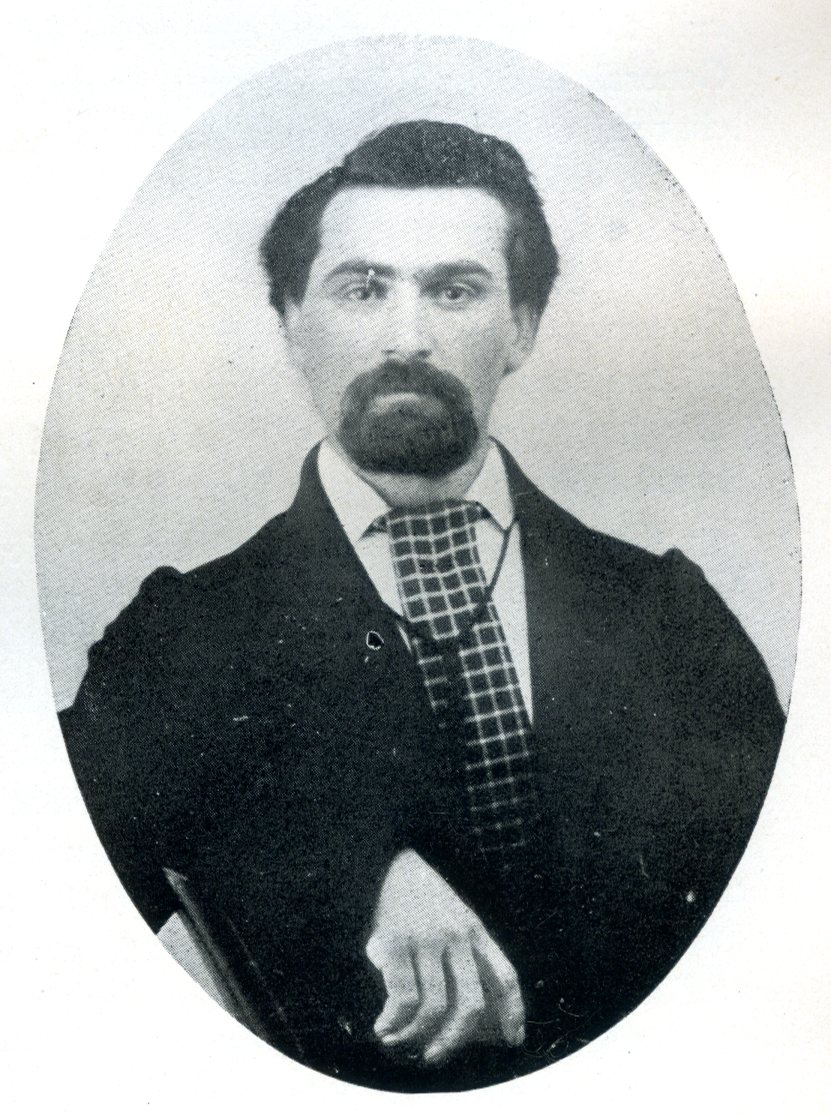 SERGEANT MERRITT MANZER volunteered from the town of Alburg about August 25th, 1862, though in fact he was born and brought up in Swanton which was his home, but he had a right to enlist in and count on the quota of Alburg. He was present and participated in the organization of Company K September 11th, 1862, and was at this time connected with a hotel at Alburg Springs, then and since quite a famous resort on account of the medicinal properties of its healing waters. He called himself an inn keeper. His age was 23 years, five feet and nine inches tall, well proportioned, black eyes and hair, good looking, strong and sturdy, just the kind for soldier life in the army.

When Third Sergeant George G. Blake was elected captain on September 26th, young Manzer was promoted to fill the vacancy. The boys all seemed pleased with his appointment and cheerfully endorsed and recognized the propriety of it. His every duty was faithfully performed from first to last. No one ever heard him say what he would do if he ever had a chance to fight; was no brag, he had an even and cheerful disposition, and was very considerate with the boys when sergeant of the guard in camp or on picket line, and never showed undue authority or acted in any way, but what he considered himself only an equal of the privates in the company. He made an admirable sergeant and attracted attention because of his fine appearance. His conduct in camp, and on the march, and in battle was kind, heroic and brave. He returned with the regiment to Vermont, and was mustered out at Brattlebore July 21st, 1863. "Very soon he again took up the occupation of inn keeper, and for a number of years was proprietor of the Merritt House, Alburg Springs.

About the year 18.. he started West and finally settled in St. Joseph, Mo., where he managed the Huxly House, a large hotel, for twelve years, when he was suddenly summoned to join friends and comrades in the great beyond. He never married. The date of his death was April 5, 18... He was buried among strangers, not a relative or dear friend present to lovingly care for his remains. It is said a mod6(st headstone marks the place where buried, and on it this inscription, "Merritt Manzer born in Swanton, Vt.. 1839. Died at St. Joseph, Mo., April 15, 18... A patriot and' soldier, sergeant of Company K, Thirteenth Vermont Volunteers in the war of 18611865."

Though he died far from his native state among comparative strangers, yet we are told once a year on Memorial Day loving hands scatter flowers and raise the Stars and Stripes over his grave in memory of service freely offered, that his country might not perish. A picture and brief sketch of Sergeant Manzer will he found by reference to the roster and page 404 of this book.