The Chain Bridge, a viaduct which crosses the Potomac River at Little Falls between Washington and Virginia, played a priminent role in the lives of many Vermont soldiers. The first two bridges on the site were wooden covered bridges; the first one collapsed, the second one burned. The third through fifth bridges were chain suspension bridges. The last one collapsed in 1852 and was replaced by a corssbeam truss structure that was extant during the Civil War. It continues to be referred to as the Chain Bridge up to the present time. 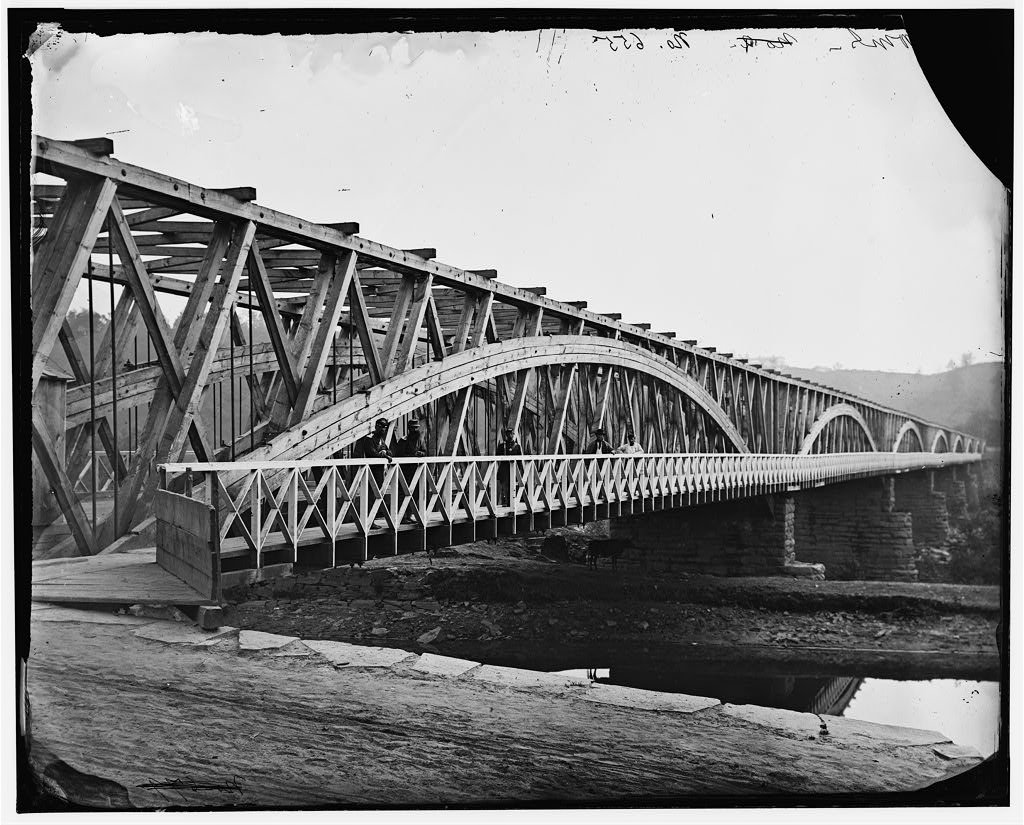 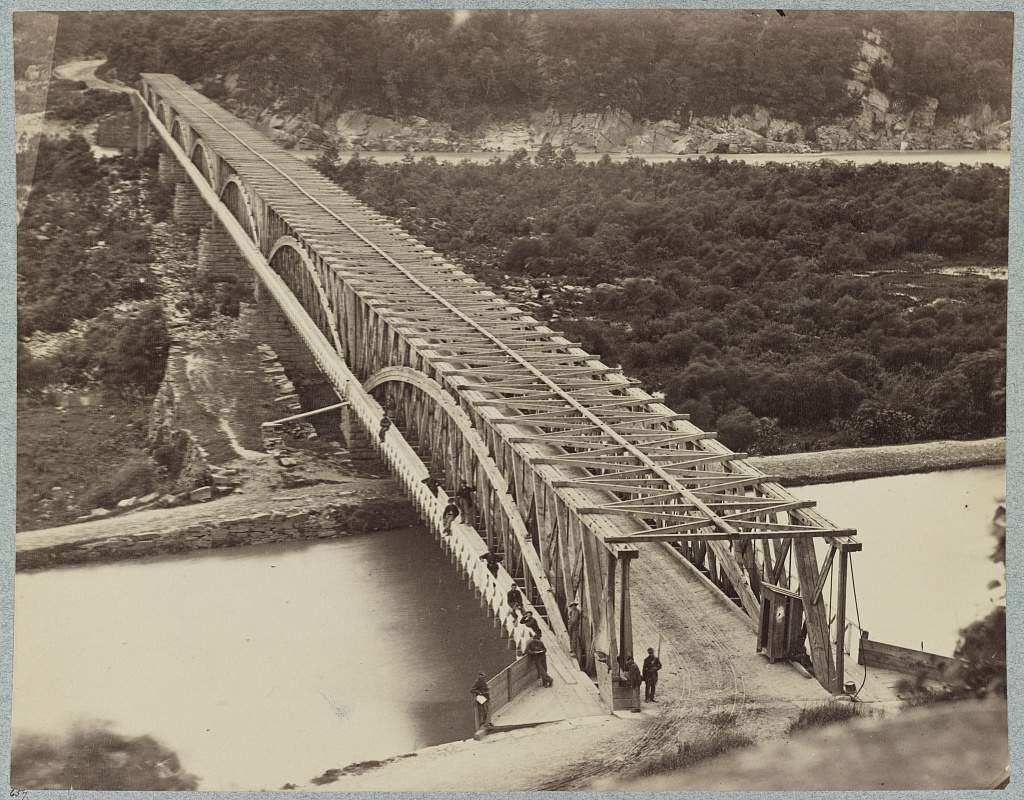 (Two views of the Chain Bridge during the Civil War, both from the Washington, DC side - Wikipedia/Library of Congress)


From the George Washington Memorial Parkway in Virginia, the bridge crosses the Potomac River, some lowlands, and the Chesapeake & Ohio Canal, and ends at the intersection of the Clara Barton Parkway (where there is parking to access the canal 1/10 of a mile north of the bridge, at Mile Marker 4).

Links to correspondence, reports and biographical sketches refering to the Chain Bridge.