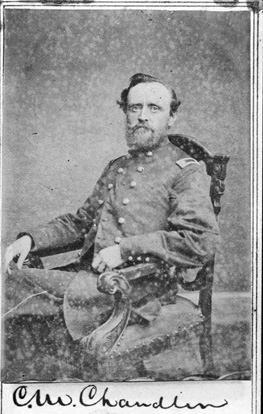 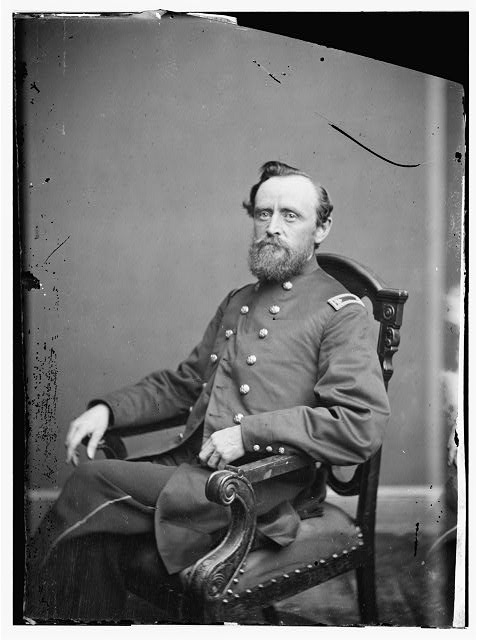 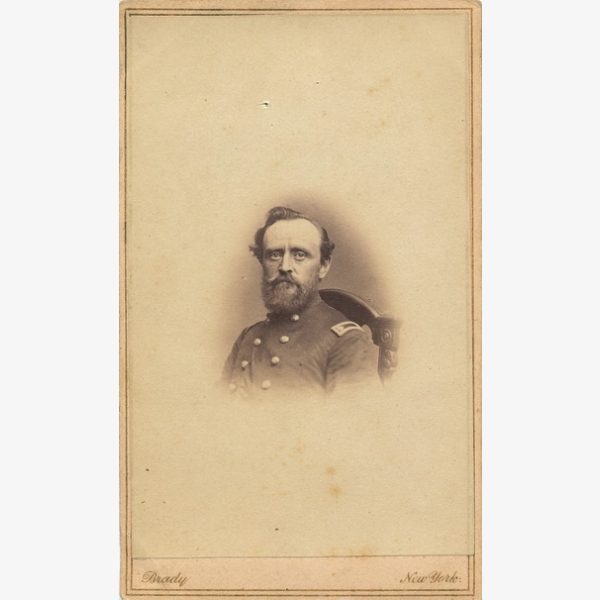 Charles M. Chandler was born in the town of Tunbridge, Vt., July 1st, 1827. His father was Dr. Chas. B. Chandler, late of Montpelier, Vt.

Marcellus received his education at Chelsea and Bradford, Vt. After leaving academy he was engaged for several years in teaching and as a clerk in a country store.

In 1850 he began the study of medicine, which he continued for four years under his father's tuition but attending the winter courses of lectures at the Harvard Medical College, Boston, where he graduated in 1854.

After graduation he went into practice with his father, at Tunbridge, where he remained about a year. He then went to South Strafford where he practiced until the time of his marriage.

In 1860 he married Miss Abby Hazen,of Peekskill, N. Y., and removed to Montpelier.

In the fall of 1861 he was commissioned Surgeon to the 6th Regiment Vt. Vols. During the fall and winter of 1861, his regiment was stationed near Washington, at Chain Bridge, Va. While in this camp he was attacked with pneumonia, and afterward with pleurisy, with a large effusion in the left chest. He recovered slowly, but with much contraction of the side. He, however, kept with his regiment during the Peninsular campaign of 1862 and was present at the battles of Lee's Mills and Williamsburgh. He was subject to much exposure and fatigue on the Peninsula, and when, after the disastrous seven days fights during which there was a battle every day and a march every night, the army arrived at Harrison's Landing, he was seriously ill with typhoid malarial fever and partially delirious, though still trying to do his duty in his regiment which had a large sick list. Against his protestations, for at that discouraging time when so many were doing their best to get away, the doctor was determined to stick to his post, it was necessary to put him on board a transport by main force and send him to Washington for treatment. He was sick and delirious for three or four weeks, but returned to the post as soon as able to travel, and was with his regiment at the battles of South Mountain and Antietam, Sept. 14th and 16th, 1862.

In the fall of 1862 he was placed in charge of a large hospital at Hagerstown, Md. I think he was at the first battle of Fredericksburgh, in December, 1862, but am not certain.

He was one of the operating surgeons in the hospital of the 2nd Divis. 6th Corps at the second battle of Fredericksburgh, in May, 1863. After the wounded in our own hospitals had been perfectly atteuded to, and sent to the more permanent hospitals in the rear, he went with a flag of truce into the enemy's lines for the purpose of attending and getting off several hundred of our wounded who had been taken prisoners.

He was at the battle of Gettysburgh, and immediately afterwards went with his regiment to New York City, where the 1st Vermont Brigade had been ordered to aid in the suppression of the draft riots.

He was obliged to resign his commission on account of urgent family affairs in September, 1863; but immediately after the Wilderness battles in May,1864, he again came to the front as a volunteer, but afterwards accepted the position of Acting Assistant Surgeon, in which capacity he remained in the service until the close of the war; a part of the time on the Hospital Steamer, State of Maine, and afterwards at the Sloan D. S. A. General Hospital.

After the close of the war Dr. Chandler resumed his private practice in Montpelier, and soon built up a large business, which, however, was never very lucrative on account of his extreme reluctance to accept any pecuniary returns for his services.

He was pension examiner from to In 1878 he was elected President of this Society, and was several times delegate to the American Medical Association.

Dr. Chandler's health was much injured by his army experience and during the last years of his life he became quite deaf, and suffered from severe attacks of anguina pectoris on any exertion. Although expecting to die at any moment he did not, however, refuse to give his services to the sick and suffering, though often his patients needed care less than their physician.

In the night of Tuesday, March 18, 1889, he was taken very ill, and the next day became hemiplegic on the left side. On the following Friday pneumonia of the right side set in, the fatal termination of which was a foregone conclusion, on account of the crippled condition of the left lung resulting from the pleurisy of his army experience. He died March 19.

Dr. Chandler had a small, but well knit frame, and when a young man was unusually strong and agile.

He was too modest and unassuming to be a stern disciplinarian, but in the whole army there was no more zealous, indefatigable or brave officer; and personal bravery of the highest kind is needed in the Army Surgeon, for he is expected to face, unflinchingly, without the excitement of battle or the hope of glory, dangers from which the bravest, so called, fighting officer shrinks appalled. Dr. Chandler was one of the officers who could always be relied on in any emergency; his brain was never muddled with stimulants; difficulties and dangers, instead of causing him to give up in despair, only inspired him to greater efforts.

He was a skillful but sympathetic surgeon; an excellent diagnostician, but too modest to always strenuously maintain his own views when they were opposed to those of his consultants. He was strictly temperate in his habits, and singularly unselfish, indeed the commercial element seemed to be entirely eliminated from his professional life. He was a kind husband and indulgent father, and his family relations were unusually happy. His wife survives him, as do his two children, the present Dr. Charles E. Chandler, of Montpelier, and his daughter Anne.

Dr. Chandler lived too busy a life to have much time for authorship, and I am not aware that he wrote anything for publication except an occasional paper read before this Society.

Pardon me, gentlemen of the Medical Society, for a few words in conclusion, which may seem too personal and out of place in a formal obituary notice. I first became acquainted with Dr. Chandler when he came into the field with his regiment, in the late fall of 1861, but from that time on we were much thrown together; we camped on the same cold and soaking ground; we marched through nights seemingly interminable, when human endurance was stretched to its utmost; we walked through the same miasmatic swamps, and rivers of mud ; we were near each other in the same shower of hissing bullets, and screaming shells; during the horrid nights after the battles we worked together among the same crowds of mangled and dying humanity ; we toiled side by side for many long days among the festering and gangrenous wounds of the soldiers hastily gathered up from the battle fields or famishing in the enemy's lines ; and we were together among the fevered and infected sick, in the more permanent hospitals. Will you wonder then, that "the flood of thoughts rushing o'er me" prevents adequate expression by words? He had become to me more than a brother.