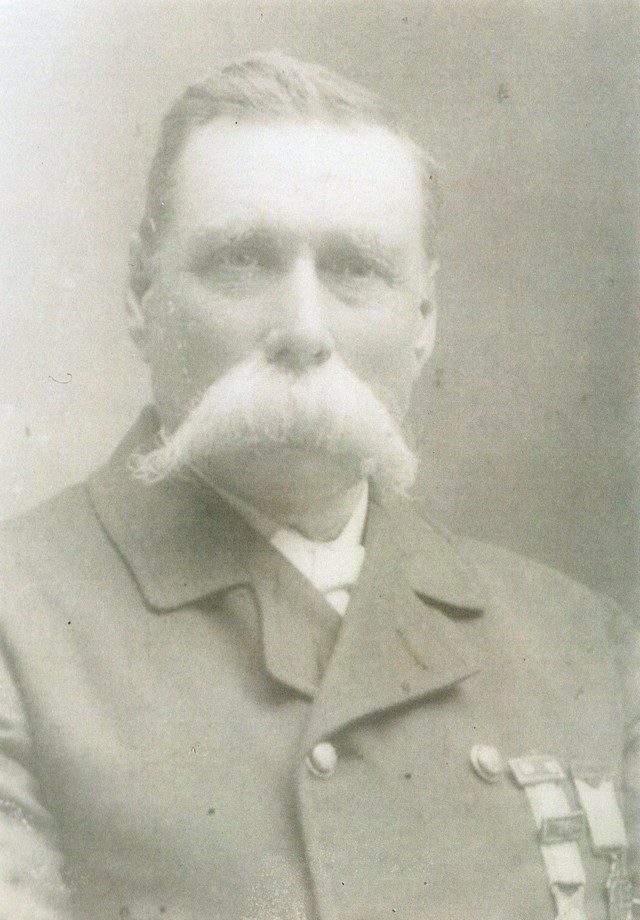 Middlebury, April 30. - William L. Cady, 83, of this village, was found dead on the floor of his barn on Seymour street about 2 o'clock this afternoon by his son-in-law, Frank Mumblo. A doctor was called and pronounced death due to heart trouble. Mr. Cady was found lying beside his horse which he had evidently been grooming, as he still held a curry-comb in his hand.

Mr. Cady was born in Alstead, N.H., April 8, 1840, and was the son of William and Eunice Cady. He is survived by four daughters, Mrs. Ellen Sears of Middlebury, with whom he lived, Mrs. Hattie Alger of New Haven, Mrs. Dora Thompson of Astoria, L.I., and Mrs. Frank Mumblo of Weybridge.

He was a Civil war veteran, having enlisted in Company I, First Vermont Infantry, May 2, 1861. He was mustered out August 15 of that year and was the last surviving member of that company in town. He re-enlisted in Company I, 14th Vermont Infantry, September 16, 1862, and served until July, 1863. He was a member of William P. Russell post, Grand Army, and was its quartermaster at the time of his death. He was also an associate member of the Ladies of the Grand Army of the Republic, St. Stephen's Episcopal church and Lake Dunmore lodge, IOOF, and was one of its past officers. He had lived nearly all his life in Middlebury.

Prayers will be held at the house Thursday afternoon at 2 o'clock and funeral services will be held at St. Stephen's Episcopal church at 2.30, the members of William P. Russell post and Circle No. 5 attending.