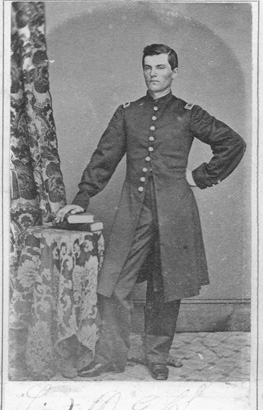 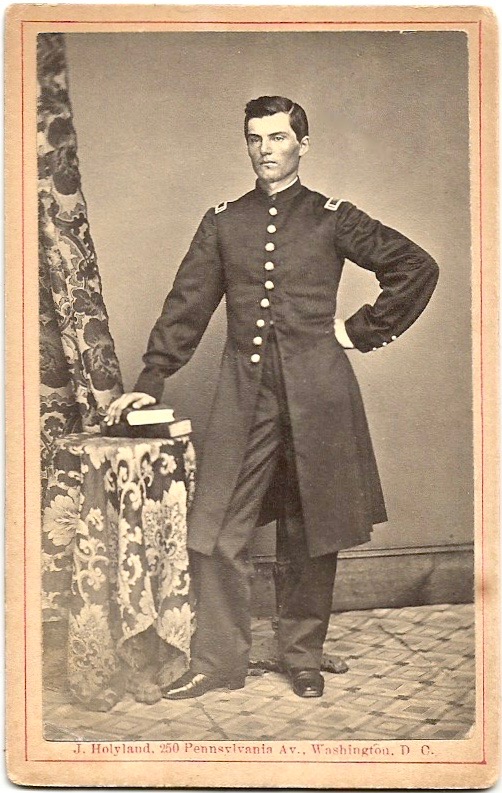 Oren G. Chase, son of Rev. and Mrs. D. P. Chase was born at Plymouth, N. H., Dec. 10, 1842. At the age of 17 he learned the blacksmith trade and followed it until the call came for “three hundred thousand more.” At this time, when twenty years of age, he was a resident of St. Johnsbury and enlisted in company A, 11th regiment, July 245, 1862. He was mustered into United States service Sept. 1, 1862, as 2ndf sergeant, being promoted to 1st sergeant may 20, 1863, again promoted to 2nd lieutenant June 30, 1864, and was made 1st lieutenant May 23, 1865. He was taken prisoner on Weldon railroad June 23, 1864, and confined for five months at Libby, Millen and Andersonville prisons, being released Nov. 26, 1864. Lieutenant Chase was in the battles of Spottsylvania, North Anna, Pamunkey River, Hanover Court House, Cold Harbor and Petersburg. He was mustered out of service August 25, 1865. his war record was an honorable one and a hard one. During his prison confinement he dropped from 180 to 99 pounds in weight. Soon after his return from war, on Feb. 17, 1866, he married Mrs. Sarah M. Hutchinson of Concord, Vt., and for the next seven years was variously engaged in blacksmithing, farming and hotel keeping. In 1872 he moved to Lyndonville, becoming a fireman on the railroad and afterwards an engineer for twelve years. During this time he kept a record of every mile he rode and what engine he ran.

The winter of 1887 was spent by Mr. Chase at Pasadena, Cal., after which he returned to Lyndonville and bought in July the Union House. Ably assisted by his wife he kept this hotel in a creditable manner for 23 years. During this long term of years of public service he became widely acquainted and known as an honest man and sincere friend.

His good business sense led to his appointment to various village offices of trust, all of which he filled faithfully and well. He was six years a village trustee, six years a member of the electric light commission, and he also served as chairman of the building committee on the new school house that Lyndonville is now so proud of.

One son, Ernest B., now of Manchester, N. H., was born Dec. 21, 1874. To him and to Mrs. B. G. Morrison of this place and Irvin Hutchinson of Stanstead, Mrs. Chase’s children by her first husband, he has been a kind and loving parent. His wife, children and grandchildren have the sympathy of a great many people in their bereavement.

Mr. Chase gave up active work about 2 ˝ years ago when he sold his hotel to J. J. Neagle and he, with his wife, have made their home with his son at Manchester, N. H., and with Mr. And Mrs. B. G. Morrison at their new home on Center street.