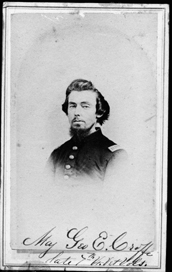 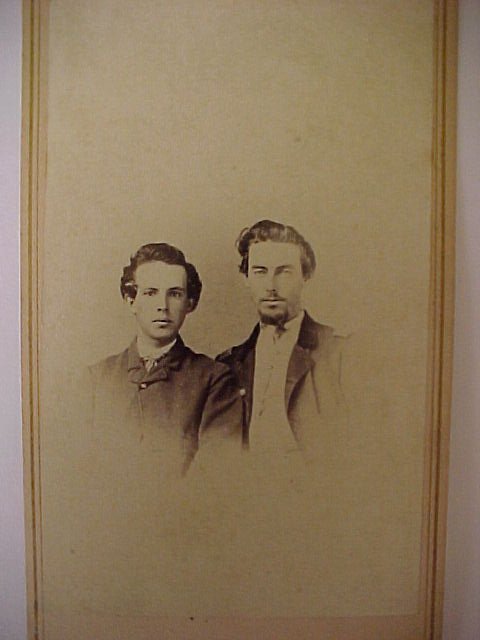 Maj. GEORGE E. CROFF, son of Abner Croff, enlisted for nine months in Co. K. 1st Vt. Reg't. After the expiration of his term of service, he again enlisted Feb. 12, 1862, in Co. D., 7th Vt. Reg't, as Lieutenant, until March 3, 1863, when he was promoted Captain. He finally rose to the position of Major, which rank he held for several previous to his discharge. He remained with the regiment until it was discharged, and returned home as strong and resolute as when he entered the service. He came home, after a long service, with a glorious record, and untarnished career, to be again an active, useful citizen. His health, however, in the course of a year or so, began to fail him, and he fell victim to consumption, in the spring of 1867, aged 28. He was a good soldier and a brave officer. His deserving mother receives a pension.

EZRA CROFF, son of Abner Croff, enlisted for nine months in Co. B, 14th Vt Reg't, Aug. 27, 1862. He served his term out, and on returning home was attacked with the typhoid fever, and died soon after. His wife died of consumption while he was in the service. He left three orphan children, who receive a pension.