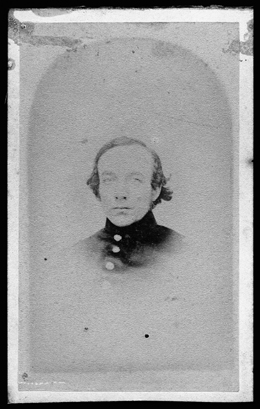 We learn with pain of the death of Maj. D. F. Cole, U. S. C. Infantry, who died of typhoid fever on the 7th instant, at Point of Rocks Hospital, Army of the James. Major Cole was a graduate of Dartmouth College. Shortly after graduating he recruited a company for the 12th Vt. Vols. In Chelsea, Vt., and commanded it throughout the nine months campaign of the Vt. 2d Brigade. It was then we first knew him, and learned not only to value him as a friend, but to esteem him for his ability as an officer, his devoted patriotism, his earnest straight forward, simple, high spirited and sterling character as a gentleman and a soldier. At the expiration of his term of service he at once announced his desire and intention to return to the Army, and see the War through, if his life should be spared, and offered his services to the Governor. Had the 28th Vermont, then authorized, been filled, he would have had a position in it; but it was not raised, and no opening in the service, from Vermont, presenting itself, he went to Cleveland, Ohio to pursue the study of the law. His love of Country however would not permit him to remain in civil life. He sought a position in a colored regiment, passed with high credit the severe examination required for that branch of service, and was commissioned as Major in the 107th Colored Infantry, then recruiting from the slave population of Kentucky. He contributed largely by his personal efforts in raising a fine body of men, and was ordered with the regiment to the Army of the James, where he yielded his life to disease, as we have mentioned above. The mutual friend who informs us of his disease says of him truly, "a truer gentleman, a more loyal patriot, thoroughly practical scholar and unassuming yet earnest christian, did not live." His death is a loss to the service and to the Country, as well as to a wide circle of mourning friends.