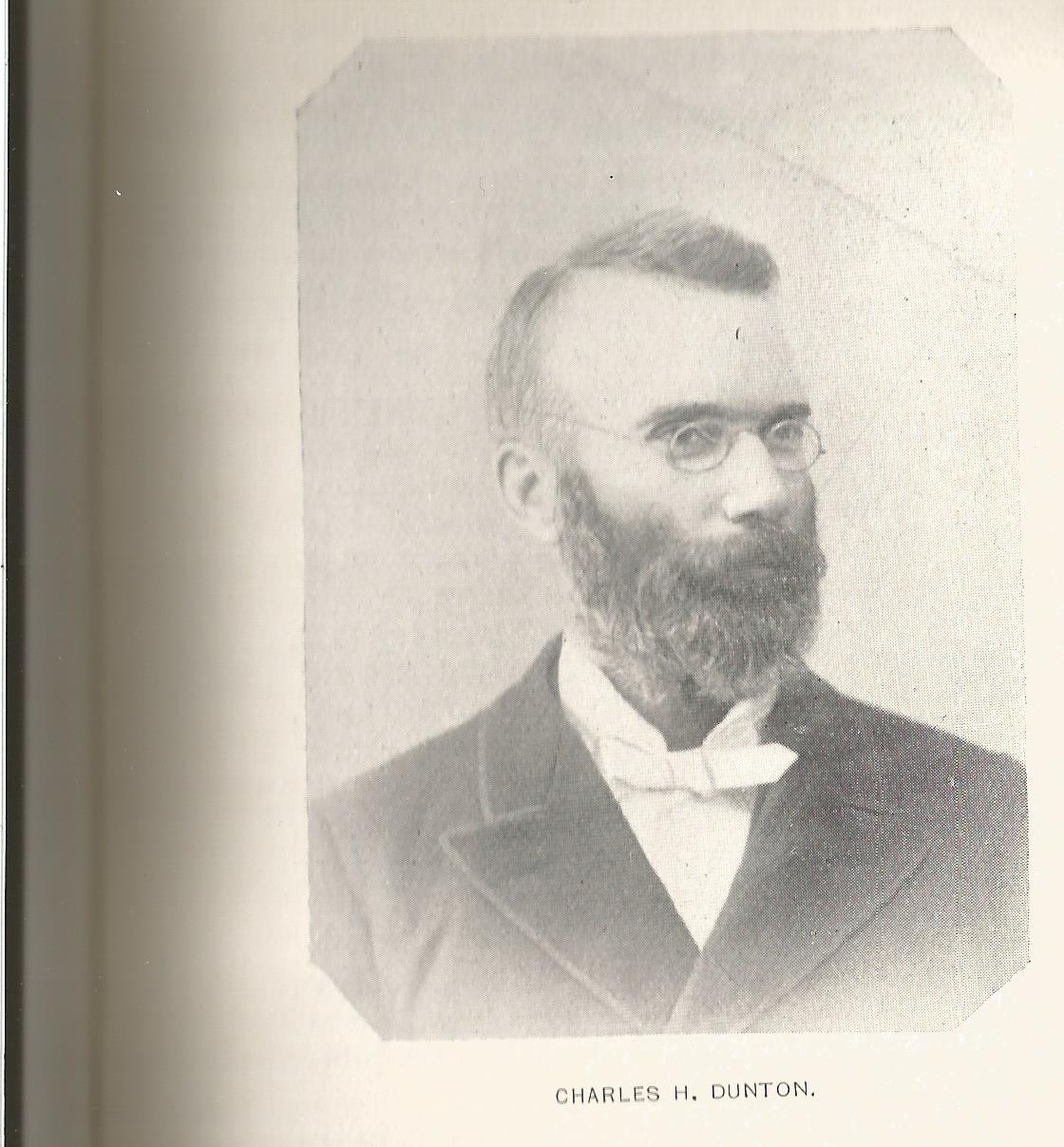 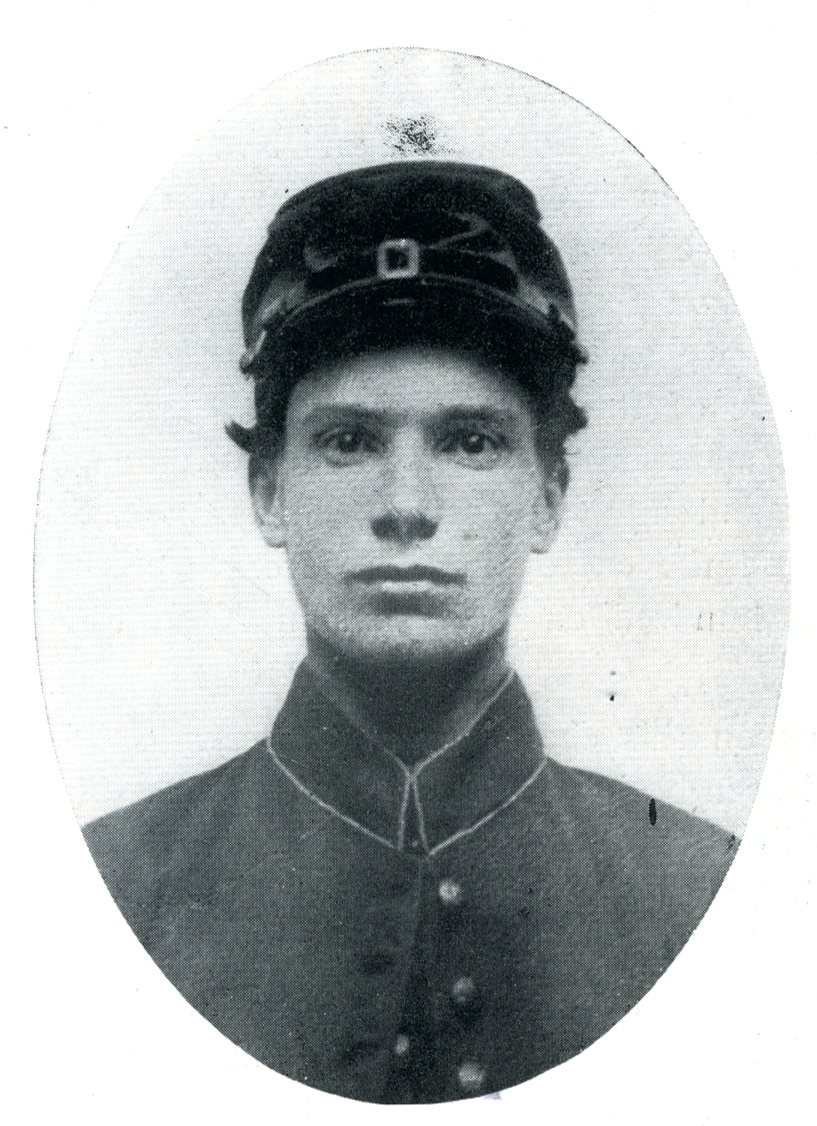 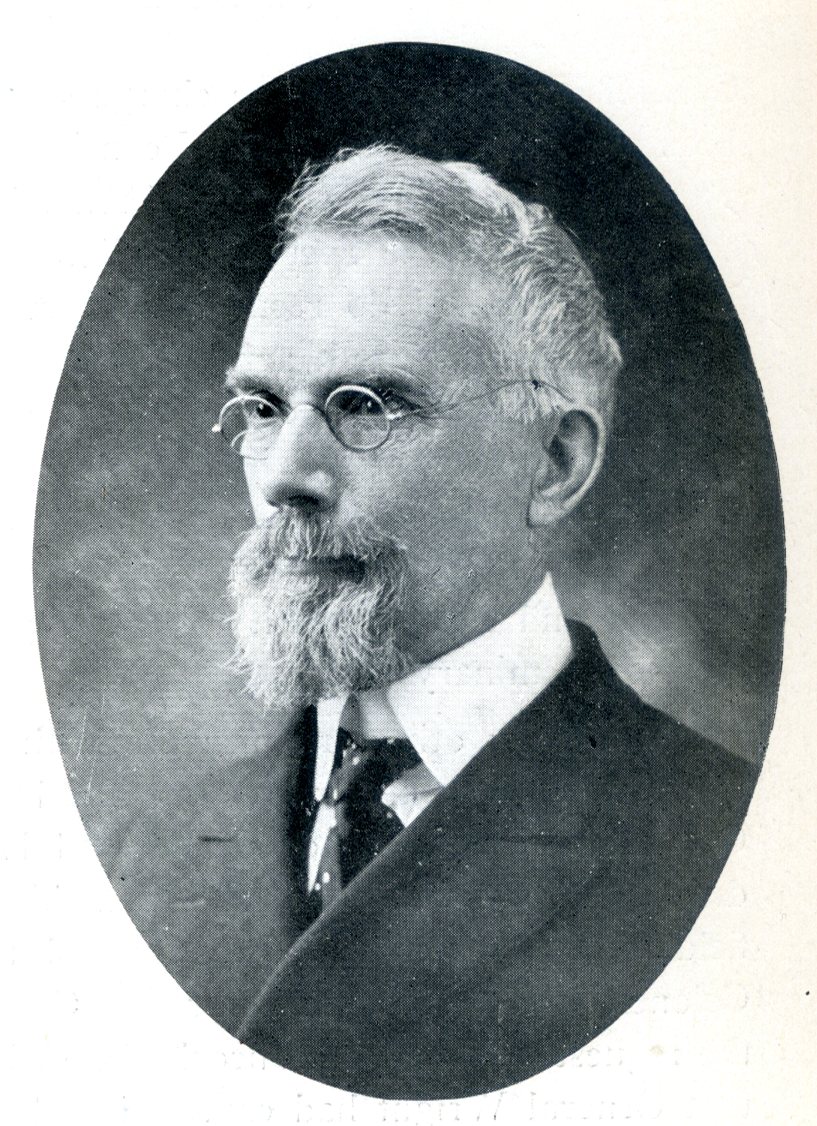 Born in North Underhill, Vt., in 1844, and enlisted from Underhill September 10, 1862. In February, 1863, at Wolf Run Shoals I suffered a severe attack of pneumonia. After six weeks in camp hospital Dr. Nichols thinking quick consumption would ensue, a discharge was granted March 17, 1863. Prepared for college at New Hampton Institution, Fairfax, Vt., Graduated from University of Vermont in 1810, and took a post graduate work tor one year at Boston University. I then entered the ministry of the Methodist Episcopal church, and joined Troy Conference. I was stationed tor two years in Manchester where I was superintendent of schools. In 1874 was appointed teacher of mathematics in Troy Conference Seminary. In 1877 became principal of that institution. In 1897 resigned this position and became county examiner for Rutland county. Spent the school year of 1899-1900 as dean of Claflin University, South Carolina. In 1900 was recalled to the principalship of Troy Conference Academy, and am now holding this position. For nine years ending 1892 was state examiner of Normal schools. In 1881 a representative of Vermont in the Inter-State Educational Convention at Louisville, Ky. In 1898 representative of the town of Poultney in state legislature. Commander of Joyce Post No. 49, Department of Vermont, G.A.R. 1906-7-8. Residence Poultney, Vt.

He received his preparatory education at the New Hampton Institute, at Fairfax, and was graduated from the University of Vermont in the class of 1870. He then for a year supplied the Methodist church at Johnson, and in 1871-'72 took a post-graduate course at the Boston University. Having been admitted to the Troy conference of the Methodist Episcopal church, for two years he discharged the duties of pastor at Manchester and East Dorset. In 1874 he was elected a teacher of natural science in the Troy Conference Academy, at Poultney, an institution which, after some years of suspension, was at that time reopened. After serving three years in this subordinate capacity. he was elected principal of the institution in 1877. This position he has occupied ever since, spending most of his summer vacations in travelling abroad, and among the states.

As a social leader and popular educator, Dr. Dunton is too well known for comment. He has placed the Troy Conference Academy in the first ranks of the schools of the state.

In his political views he is Republican, but his lifework and energies have been more especially devoted to his professional duties. In 1883 he was one of the state representatives to the interstate convention held at Louisville, Ky., which originated the Blair bill. Three years after this time he received the degree of D. D. from Syracuse University, and for a long period has, by successive appointments, been state examiner of normal schools.

Dr. Dunton was married at Johnson, June 26, 1872, to Nettie W., the accomplished daughter of Judge Samuel and Flavilla (Waterman) Belding.

In his denomination, Dr. Dunton is without question the foremost man in the state, and his own reputation and that of his school are of such a character that words of commendation are superfluous. His untiring energy and great educational ability have met with well-merited success in the chosen walk of life to which he has devoted so much intelligent and industrious effort.

In 1892 he was a member of the General Conference of the M. E. Church.

In the civil war he proved his patriotism by enlisting in Co. F, 13th Vt. Regt., and after six months of creditable service, was honorably discharged on account of physical disability.

Charles H. Dunton, D. D., clergyman and educator, was born in Underhill, January 24, 1844, the son of Elijah and Mary Ann (Franch) Dunton. He was educated at New Hampton Institute at Fairfax, graduated from the University of Vermont in the class of 1870, was a Methodist minister at Johnson for one year, took a post graduate course at Boston University and made principal of Troy Conference Academy at Poultney in 1877 and again elected principal in 1900. In 1883 he was sent as a delegate to the Inter-State Educational convention at Louisville, Ky. In 1897-99 he was county examiner and state examiner of normal schools, 1889 a member of the state legislature. In 1886 the Syracuse University conferred the degree of D.D., in 1892 chosen a delegate to the General Conference of Methodist Episcopal Church. He enlisted in Co. F, 13th Vt. Volunteers during the Civil War, but was honorably discharged after six months for physical disability.

He was married at Johnson, June 26, 1872 to Miss Nettie W. Belding, a daughter of Judge Samuel and Fravilla (Waterman) Belding.