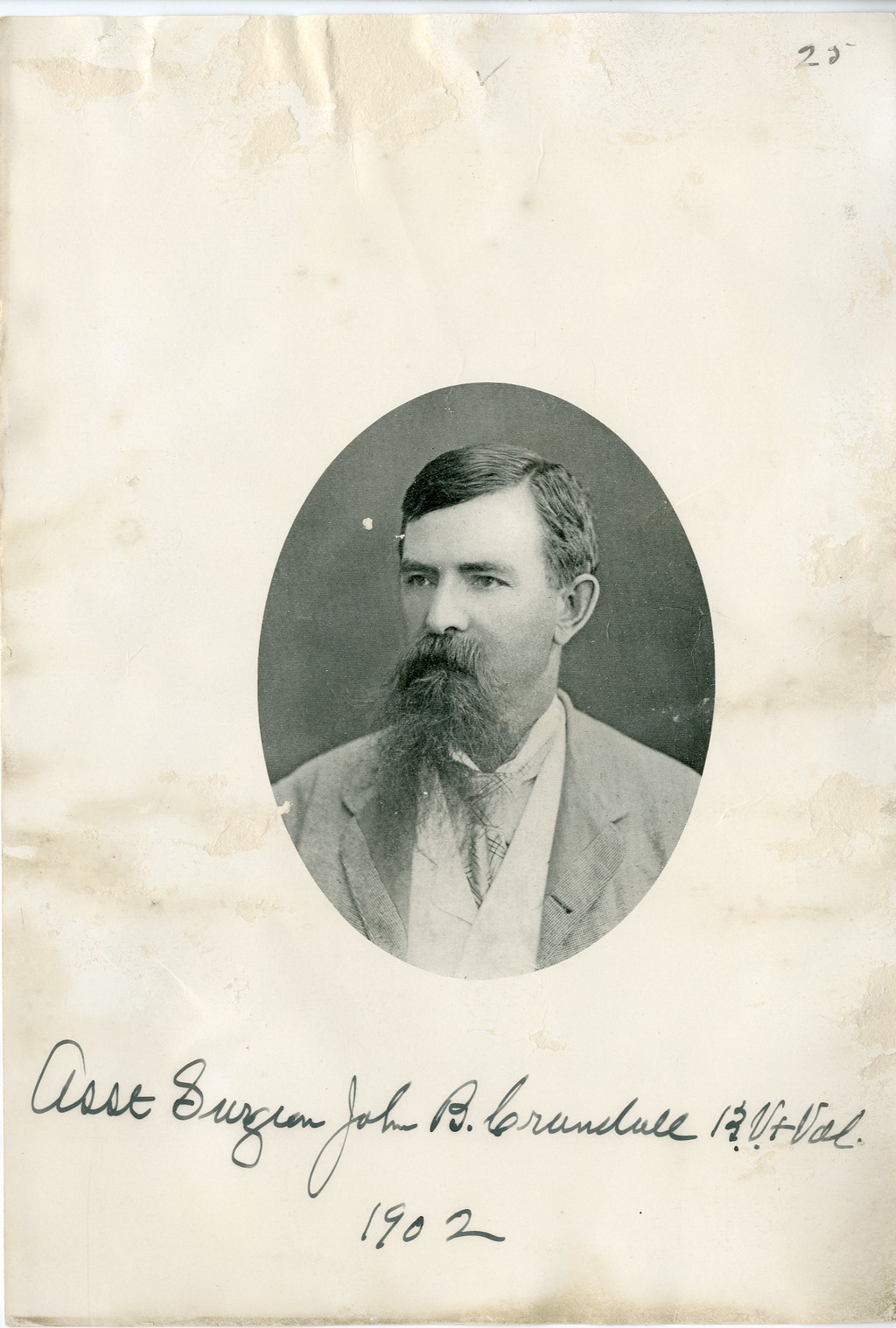 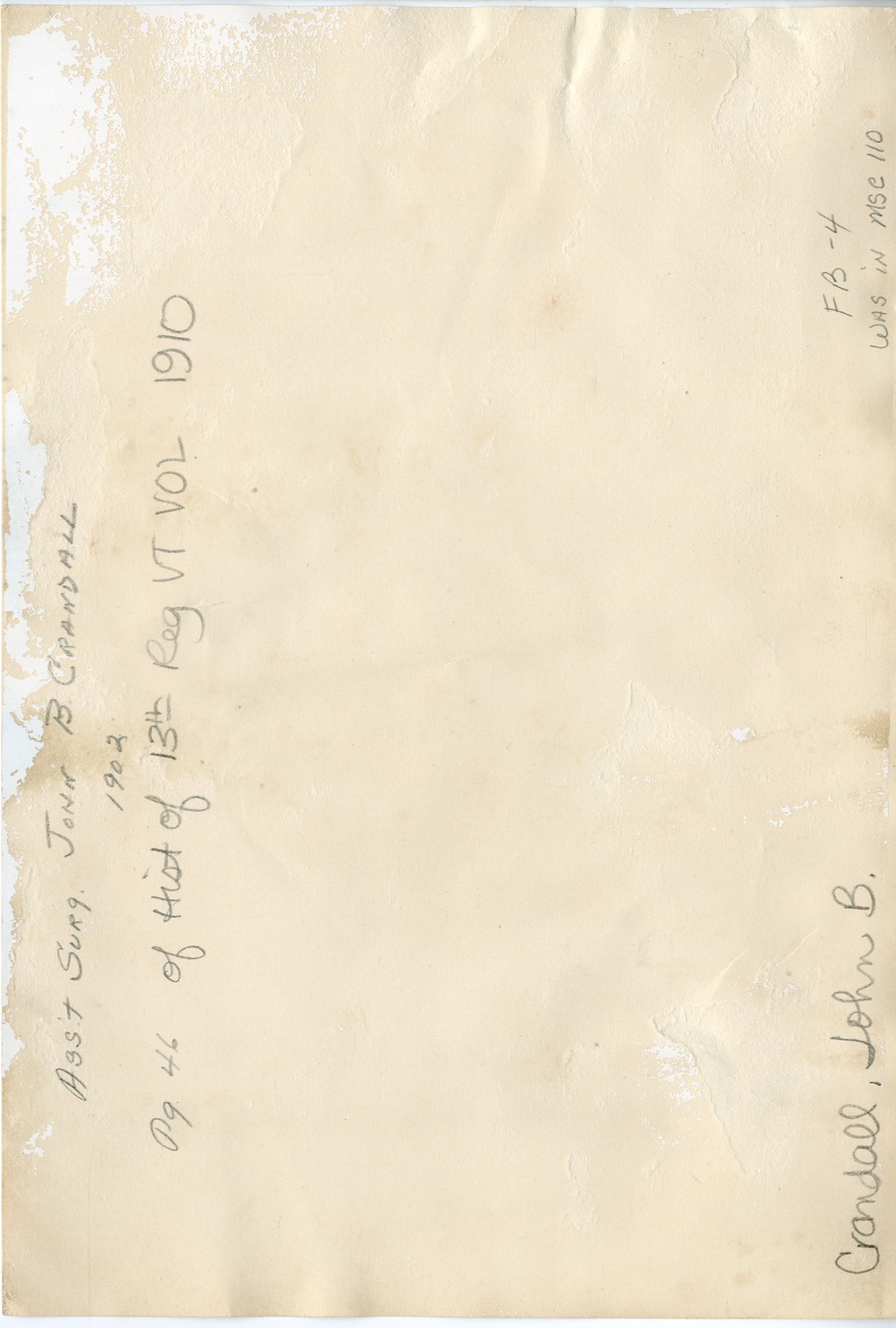 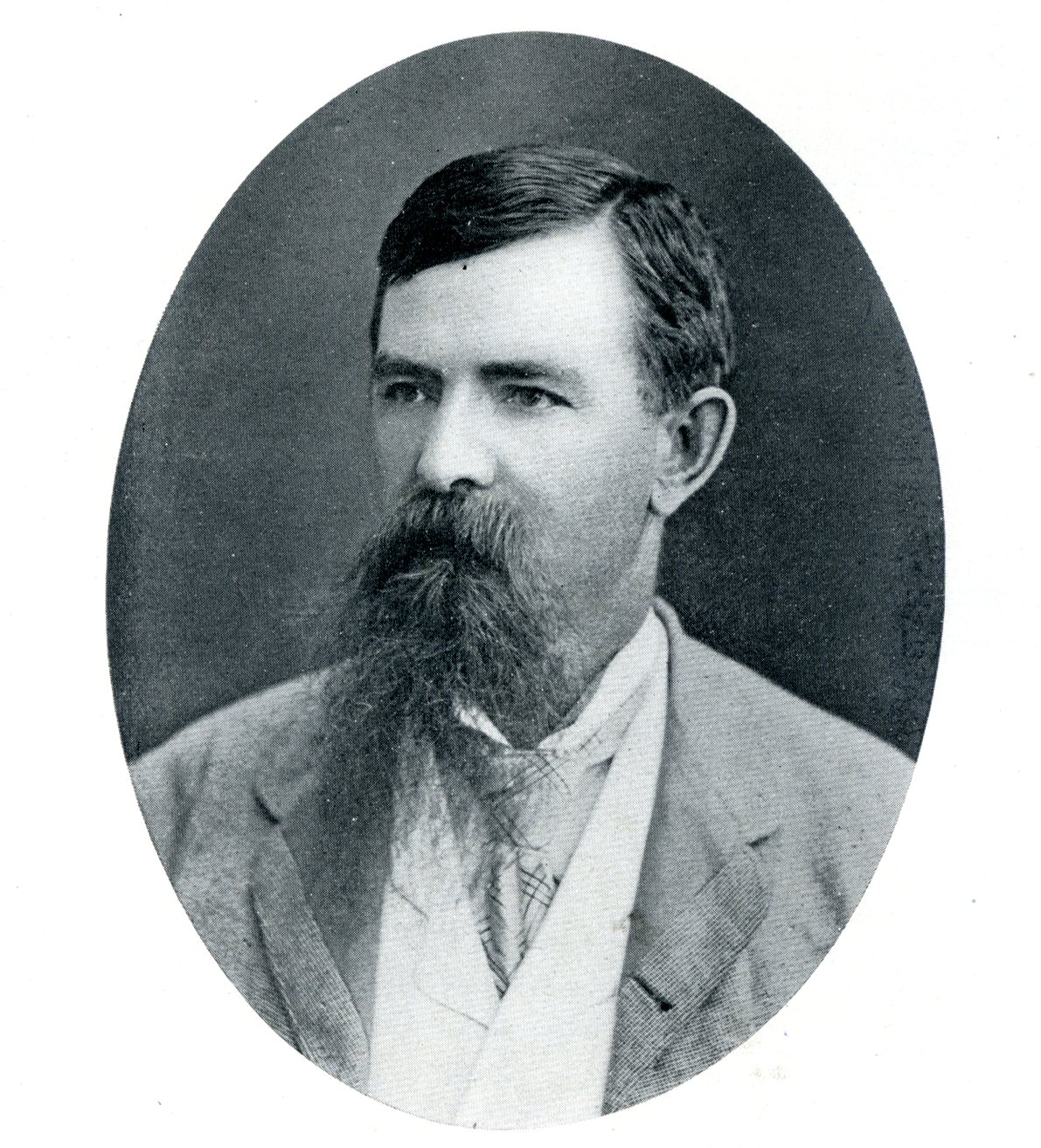 Dr. John B. Crandall, a graduate of the medical department of the University of Vermont, Burlington and an assistant surgeon in the Thirteenth Vermnt regiment, is dead at his home at Sterling, Ill. He had been ill for some time of Bright's disease. He was born in Roxbury, February 21, 1840. At an early date his father moved to Berlin, where he attended the common schools and worked on the frm until he entered Barre Academy.

Doctor Crandall was mustered out wit the regiment July 21, 1863, and soon afterward was appointed surgeon of the United States Volunteers. He served in the Baxter and Sloan hospital in the autumn of 1865, and followed this with a post-graduate course in the College of Physicians and Surgeons of New York. In the summer of 1866 he was appointed assistant surgeon in the United States army and assigned to duty with the Seventh United States cavalry in the department of the Missouri, and was with General Custers' command in several Indian fights. He residned and left the army in the summer of 1868 and began practice at Sterling, Ill.

In 1869 he married Miss E. J. Fluelling of Sicoe, Cal. He held many positions of truse in connection with his profession.