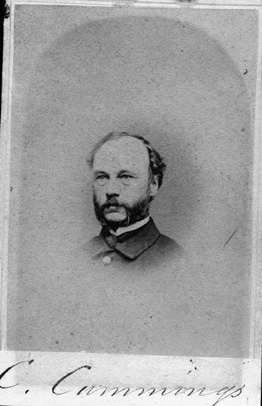 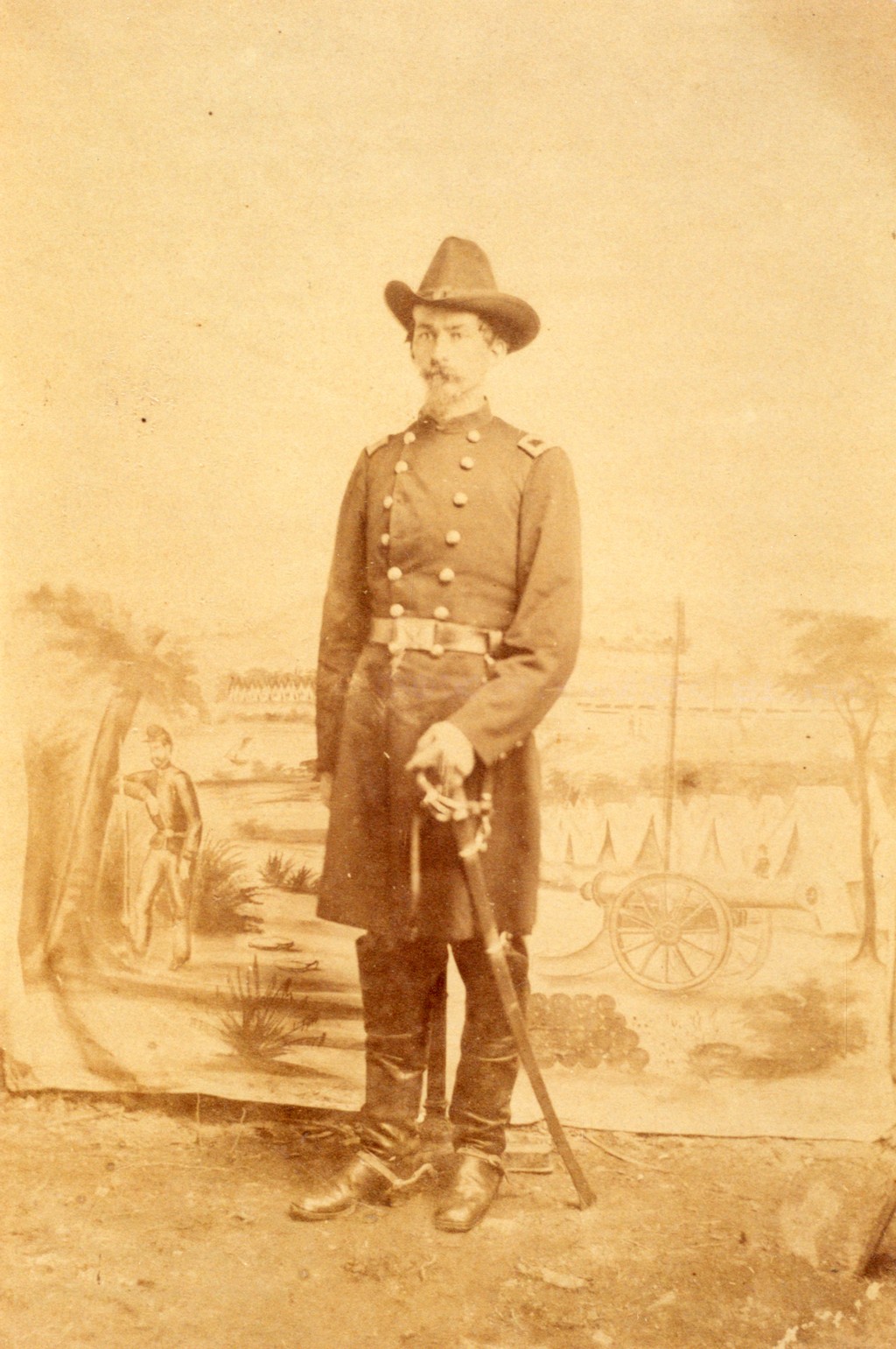 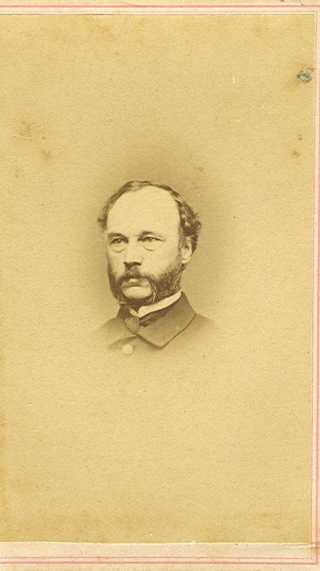 FROM THE 17TH IN BATTLE

Lieut. Col. Cummings, in command of the 17th, sends a report of the doings of the regiment, from which we take the following:

“We crossed the North Anna with the 2d Brigade Tuesday afternoon, May 24th, near the crossing of the Richmond and Fredericksburg railroad; and immediately proceeded to entrench ourselves in our new position. We remained across the river until the 26th, when we re-crossed and marched in an easterly direction until the night of the 28th, when we crossed the Pamunky at Dabney”s Ferry, near Hanover Town. Since then we have been busily engaged in marching, entrenching and skirmishing. On the afternoon of the 3d, inst., the 2d Brigade was brought up to the assistance if the 1st brigade in a vigorous assault upon the enemy in an entrenched position. The 17th was on the right of the line, which was wheeled around in an open field at right angles with the main line. Being subjected to an enfilading fire from our right, in our new position, I detached the two right companies and moved them to some distance faced in the direction of the right of our line to assist our skirmishers. They soon succeeded in silencing the fire in the front. In the meantime there was found to be a strong rifle-pit in front filled with the enemy, and a masked battery ready to open upon us with grape and canister. Our brigade not receiving support expected on the right in a short time withdrew, firing vigorously all the time. In this brief engagement we lost one killed and fifteen wounded, including one, I regret to say, Capt. A.J. Davis of Co.B. In this stand-up fight in an open field, against an entrenched foe, the officers and men behaved with the utmost gallantry, acquitting themselves as veterans, and commanding the willing praise of their superiors and associates of the other regiments engaged.

During the last fifteen days we have been under fire every day but three, and two of those days we were on the march. If we have achieved no brilliant exploits, I feel safe in saying that we have endeavored to do our duty.

Among the wounded are the following from this county:

THE RECOVERY OF COLONEL CUMMINGS' BODY

The body of Lieut Col. Chas. Cummings, 17th Vermont Volunteers, from Brattleboro, who was killed Sept. 30, at the Battle of Poplar Grove Church, arrived at City Point today, in charge of Surgeon Edson, and is now being embalmed, and will immediately be sent home. The facts connected with the recovery of his remains are very interesting. There is an order that no flags of truce shall be sent in or intercourse of any kind allowed on our picket lines, and the recovery of his body seemed impossible after the late battle, although it was known he fell near our own picket line. Yesterday application was made to Gen. Griffin for a flag of truce, which, of course, could not be granted, so another method was resorted to.

An officer of the 7th Rhode Island Volunteers, who was a Free Mason, was on duty on the picket line. He watched a good opportunity, and when he saw a rebel officer he gave the sign of distress among Masons, which was immediately answered by the rebel officer, who happened to be a Mason, and a mutual agreement was made that they should meet as friends between the picket lines. Shaking hands, &c,, they found each other to be Masons, and our officer communicates the earnest desire of our Vermont friends to recover the body of Col. Cummings, who was also a member of the Fraternity.

The rebel officer could not respond to the request until he went to see the rebel General in command, who it is supposed was also a Mason, for the request was granted at once. The grave was found, and the body was disinterred and found to be in a tolerable state of preservation. And was recognized at once. He had been buried evidently by rebel Masons, for a headboard was placed over his grave, with his name, rank &c., and evidence of particular care shown in burying him. He was raised from the dead level of the soil of old Virginia to be again interred among his native Vermont hills he loved so well. May the evergreen of his own State be planted over his grave, and mark his last resting place among the Masons of the Green Mountain State.

Fraternal expressions of mutual esteem and high personal regard were exchanged by the officers of the blue and the gray, and they parted --- to meet again, perhaps on the battle-field where all ties are disregarded and forgotten --- except Masonry.

The subject of this notice was well and favorably known throughout the State of Vermont for his many excellent qualities of head and heart. Lieutenant Colonel Cummings was born at Royalston, Mass., in February, 1821. He studied medicine, and in 1847 received the degree of M. D. at Woodstock. He practiced his profession at Fitzwilliam, N. H., three years, but his tastes were for literary pursuits, and he abandoned his profession, and removed to Brattleboro' in 1852, connected himself with the Brattleboro' Eagle, as associate editor with Hon. B. D. Harris, and subsequently, in a similar capacity, with the Vermont Phenix, at that place. After a time he became proprietor of the Phenix, and so continued up to the time of his death.

In 1858 Lieutenant Colonel Cummings was elected Clerk of the Vermont House of Representatives, and performed the duties of the position so acceptably that he was re-elected at three subsequent sessions. He enlisted for the war as a private in Company E, Eleventh Regiment, and was chosen First Lieutenant. Before that regiment left the State, he was commissioned by the Governor Major of the Twelfth,-- a nine months' regiment, -- and subsequently, before leaving the State, was commissioned Lieutenant Colonel of the Sixteenth, also a nine months' regiment. This regiment formed a part of the Second Vermont Brigade, a full account of the movements of which is given elsewhere in this book. For a few months he was Provost Marshal at Fairfax, performing the duties to general acceptance.

In February, 1864, Lieutenant Colonel Cummings was assigned to the Seventeenth Regiment, and in April, not being full so that a colonel could be mustered, the regiment left the State for the seat of war under his command. In the battle of the Wilderness, on the 6th of May, 1864, during a hand-to-hand fight, in a thick wood, he was wounded in the scalp by a minie ball. His wound, together with subsequent hard service and exposure, so enfeebled him that he came home on leave of absence in August, where he remained about a month, and, before being able to do, returned and rejoined his regiment at the front. In the engagement at Poplar Grove Church, on the 30th of September, 1864, while rallying his men, he was wounded in the thigh, fell into the hands of the enemy, and died upon the field. His last words were, "Save the colors, boys!"

From his long connection with the newspaper press as editor, where he had shown more than ordinary ability; as an officer, for four years, of the General Assembly, and in other ways, Lieutenant Colonel CUmmings had become widely known and respected; and when he lost his life, gallantly battling for the right, his death was sincerely mourned throughout the State.

Lieutenant Colonel Charles Cummings when the war broke out was the editor of the Brattleboro Phoenix, and the popular clerk of the Vermont House of Representatives. His tastes were not military; but moved by earnest patriotism he enlisted as a private in the Brattleboro company of the Eleventh regiment, in the summer of 1862, and was chosen first lieutenant of the company. A few days after that regiment took the field he was appointed lieutenant colonel of the Sixteenth regiment, with which he served during its term of service. After a short period of rest in the summer of 1863, he was appointed lieutenant colonel of the Seventeenth, and commanded the battalion through most of its service up to this time. He was left bleeding on the field, and in the first returns of casualties, he, with Major Eaton and Lieutenant Tobin, were reported as "wounded and missing." Two days after the information came through the enemy's picket that he died on the field and had been buried where he fell. A few days later, through the kind offices of members of the Masonic fraternity, of which order he was a prominent members, his remains were disinterred and delivered to his men, by whom they were sent to Vermont. They were finally interred October 26th, at Brattleboro, with Mason honors and especial marks of respect.