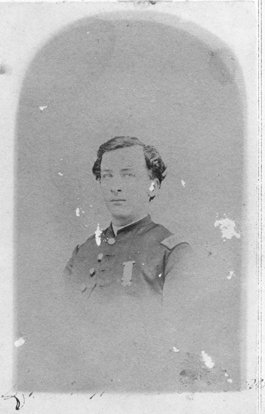 Friday evening February 25th, the body of Anthony W. Davison arrived here form Bradentown, Fla., where he died in February 20th, of chronic nephritis. Mr. Davison had been in very poor health for quite a long time. He will be remembered here by what few old residents are left.

Anthony Wayne Davison was born June 11th, 1844, and was, therefore, in his 77th year. He received his early education in Hardwick's schools and during the Civil War enlisted in Co. L, 11th Vermont Regiment as a private, and was soon promoted to corporal. Later he was made a Q. M. Sergeant in the same company, the a first sergeant, and on June 24, 1865, he was made first lieutenant. When he returned from the war or mustered out, he returned to Hardwick and married.

In 1874, Mr. Davison and Ira V. Edwards, who is sojourning here this winter, built what is known as the Gallagher block and in which Mr. Davison and a Dr. Hoyt conducted a druggist business for several years. Mr. Davison later bought out his partner.

After the death of his daughter and later his wife, Mr. Davison went to Florida where he had made his home ever since.

Interment will be made in the family lot in the Main street cemetery in the spring.