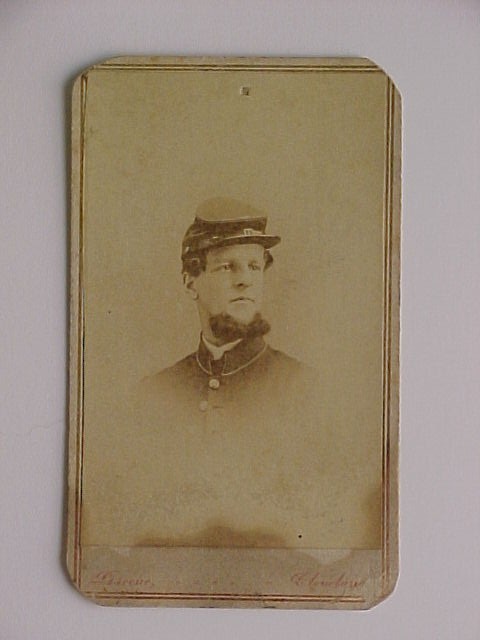 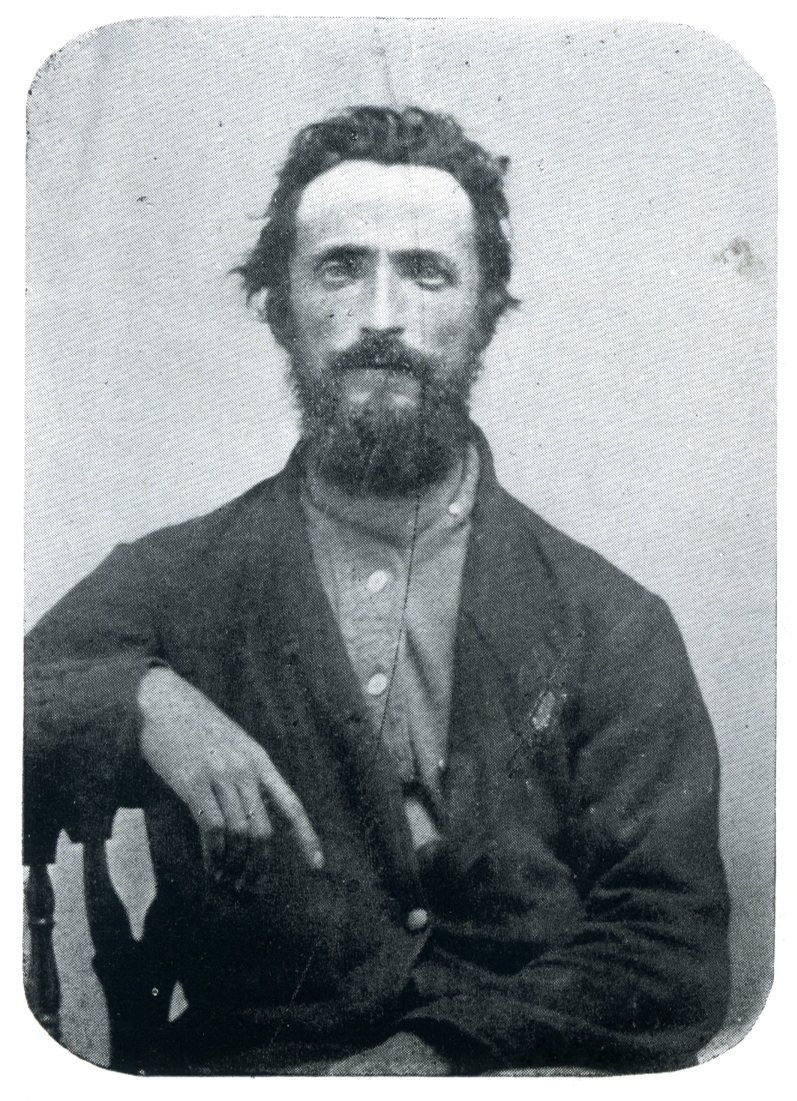 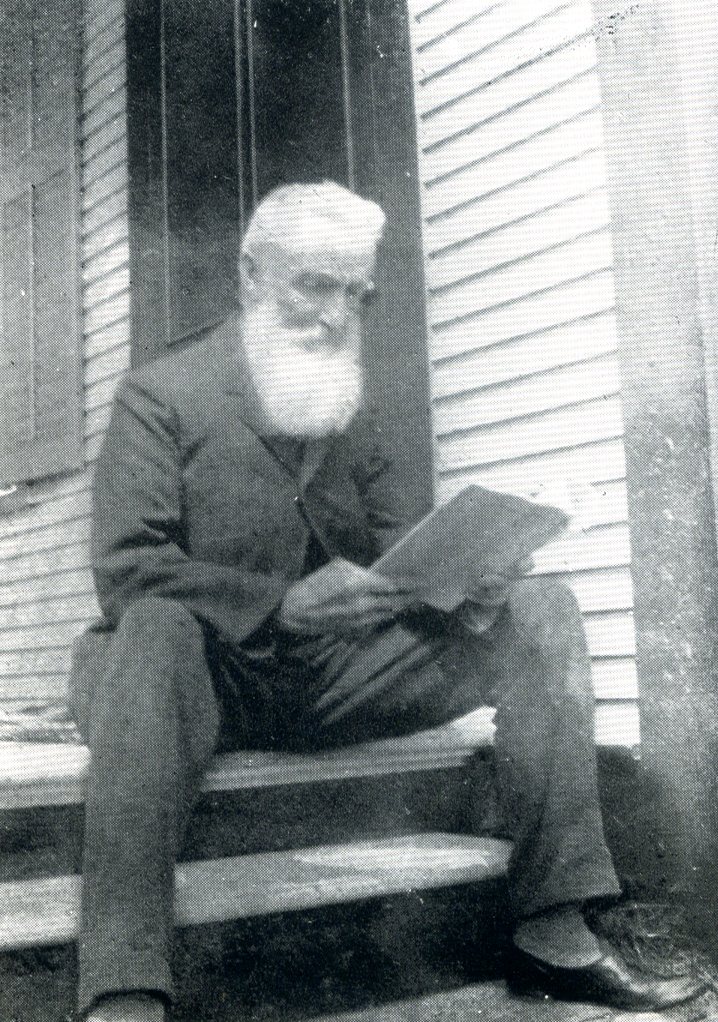 HENRY FASSETT son of Lorenzo and Laura Webb Fassett was born at Montgomery, Vt., June 23rd, 1827, and at the age of 13 years moved to the town of Enosburg, Vt. During the war of 1812 two of my uncles served, one as a corporal and the other as musician. I was married December 6th, 1875 to Ida L. Pepper of Enosburg, Vt., two daughters have been born, Lena V. and Olive F. I enlisted September 9th, 1862 in Company G, 13th Regt. Vt. Vol., but was soon transferred to Company H in which Company I served during the nine months for which I volunteered to serve. My first service was in my town and Bakersfield learning how to walk straight and orderly. It was quite a task to form a line with a dozen other raw recruits. If any doubt it let them try it. After leaving Bakersfield we spent two weeks in Brattleboro fitting ourselves for army life. Our fare here was very home like, but our first ration outside of Vermont was soup brought in what looked like swill barrels, no one knew whether they had ever been washed or not. If any one wanted a potato the driver would bare his arm and reach to the bottom of the barrel and get one. Our next ration was in Philadelphia where everything was fine.

From there we were reduced to the level of cattle and loaded into box cars with a few seats for those who were fortunate enough to secure them while the remainder of us could sit or stand on the floor as we chose, and here we rode nearly all night with only the light of the moon to cheer us on our way. As we passed through Baltimore every man was ordered to load his gun and fill his cartridge box for fear we might be fired upon as others had been before. We got through all right but our train was so heavy we broke apart before reaching Washington. Our first night there was passed on the bare floor of the station. While in Washington, I was detailed as Bugler on General Casey's Staff for a short time. After leaving Washington we crossed the Potomac River into Virginia and passed Arlington Heights a few miles and halted at a place we called camp Seward, and from there we went to Camp Vermont near Alexandria, Va. Here we stayed for some time and one night we were ordered to go to Union Mills about thirty-miles distant for guard duty. It was so dark we could not see without a lantern and I slept part of the time while walking. Towards morning a heavy rain storm set in and we went into camp for the remainder of the night, and I slept sitting at the roots of a tree. The next morning we completed our journey to Union Mills and stayed there a week, then returned to Camp Vermont on platform cars in a smart snow storm in the night, and went into camp in the dark in snow nearly knee deep. As the result of our exposure we filled the hospital pretty well and some graves. We soon had an order to go to Fairfax Court House, Va. Here we had to head of Mosby's Raid which was done with no loss.

Prom there we did picket duty at Centerville and surroundings for some time, then we moved south by Fairfax Station and made a long strip of corduroy road to a ferry on the Occoquan River. Here we guarded the ferry and heights until June. When Lee invaded the north we followed him and overtook him at Gettysburg, and helped to whip him and drive him back across the Potomac River there to stay. Soon after we returned to Brattleboro, Vt., and were mustered out. After which I came home and began farming, which occupation I followed until a few years ago when I retired from active business. See page 344 for pictures. HENRY FASSETT.

Henry Fassett, aged 85, passed away Monday after a few days' illness with double pneumonia. The funeral will be held Wednesday at two o'clock, the Rev. H. A. Jones officiating. Mr. Fassett leaves a wife and two daughters, Mrs. William Pfenstiel of Enosburg Falls and Miss Lena Fassett of Haverhill, Mass., both of whom were with him to the last.