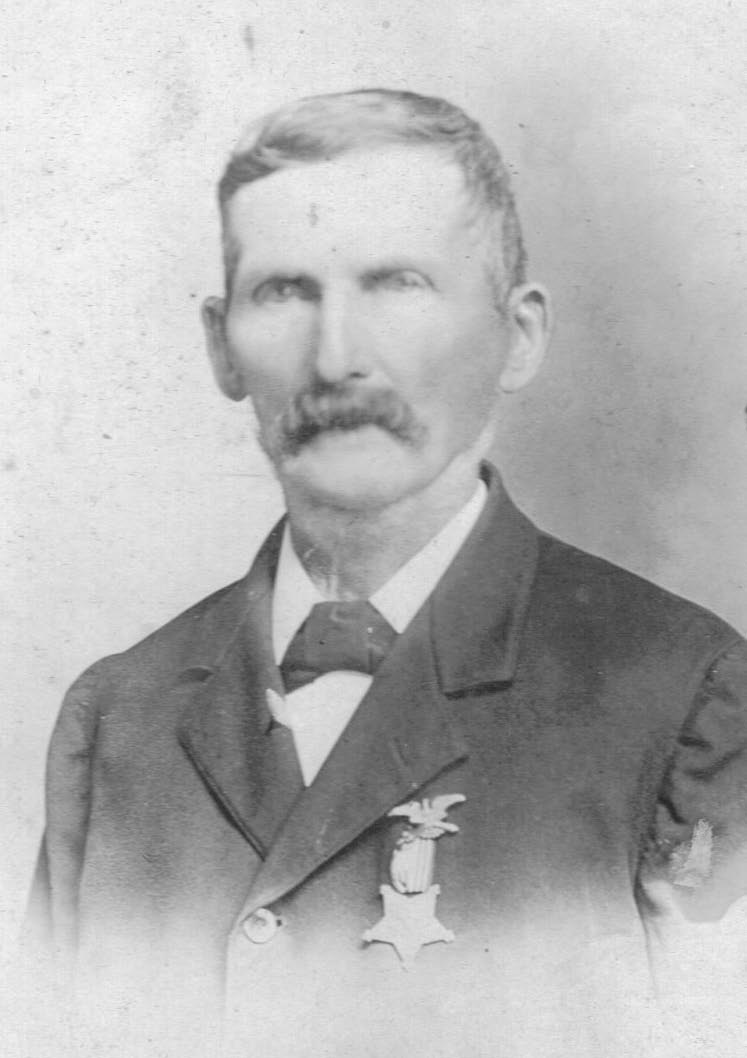 GEORGE FENWICK was an Englishman by birth and early training. He was one of the older men of Company D. His soldierly bearing and general conduct in the ranks and out was very marked among his comrades. It was said that he had seen service at home in the British army. He was ready, prompt and obedient. These qualities were noted by the company officers and he was promoted corporal in February, 1863. He died in 1909 at the age of 80 odd years.

George Fenwick, born 1 October 1817, in England, came to Canada with the British Army's 79th Queen's Own Cameron Highlander Cavalry, stationed in Quebec to guard the Canadian/US border. He married Catherine, and remained in Quebec when his regiment returned to England. He and his wife moved to Vermont in 1852.

According to the 1860 Census, Fenwick, a day laborer, was living in Colchester, with his wife Catherine, and six children.

Corporal Fenwick was at Gettysburg. An interesting tidbit about Fenwick's action during the battle was related by Lewis Barttro, in his account of the battle.

According to the 1880 Census, George and Catherine were living in Colchester, he employed in a local woolen mill. In 1900 (census), Fenwick was living in South Burlington with his 2nd wife, Susan, a native of Ireland. They had been married 3 years.

Photograph and some pre-war information provided by Nancy Elder, George's 2nd-great-granddaughter; additional information from census and other records as indicated.

George Fenwick died yesterday afternoon at the home of his son, Henry Fenwick, at Fletcher place. Mr. Fenwick was born in England 92 years ago next October and came to this country when he was 16 years old, landing in St. Johns, P.Q. From there he came to Burlington and lived here for the past 60 years. In 1849 Mr. Fenwick married Katherine Hanson of Quebec. At the outbreak of the Civil War he enlisted in the 13th Vermont Volunteers, and served through the entire war. He is survived by three children, John Fenwick of Johnson, George Fenwick of Bennington, and Henry Fenwick of Burlington. The funeral will be held at St Paul’s at 9 a.m. Thursday.