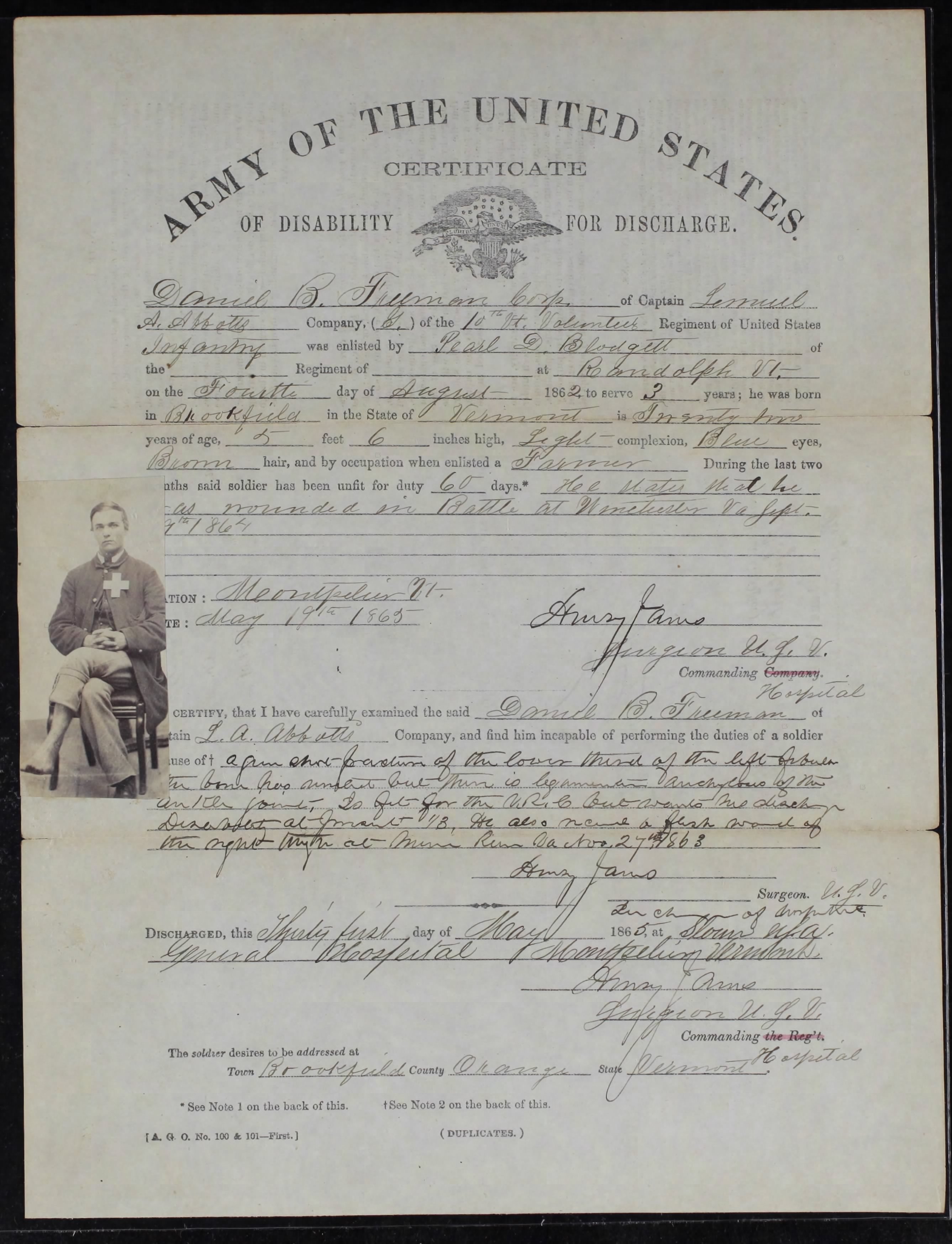 
See other discharges signed by Dr. Henry Janes at Montpelier with photographs.

Daniel Bigelow Freeman passed away Sunday afternoon, having been unconscious for the previous 44 hours. He was born in Brookfield, July 8, 1842, and was educated at the old Orange County Grammar school at Randolph Center.

Soon after leaving school, he enlisted in the fall of 1862 in Company G of the 10th regiment of Vermont Infantry. Nov. 27, 1863 he received a bad grape-shot wound at the battle of Locust Grove, being the fist engagement in which his regiment fought. He was taken to the hospital at Brattleboro and upon recovery rejoined his company in the spring of 1864. At the battle of Winchester, Sept.19, 1864, he received a gun-shot wound in the left ankle, permanently disabling him. A portion of the bones were removed and the joint was thereafter rigid.

After the war he completed his studies at the Randolph Normal school and went to Chicago to study dentistry with Dr. Andrew Freeman, locating then in Chicago and practicing dentistry for about 35 years.

In October, 1869, he was married to Miss Sarah Myers, a native of Pawlet, who died in 1902. In 1903 he married Miss E. Janet Child, daughter of Mr. and Mrs. Lyman Child of Bethel, who survives him. Since his last marriage he had resided in Bethel. He is also survived by three children, Mrs. Blanche Abbott of Pompton, N.J., George Bliss Freeman of Bravo, Mich., and Miss Marion L. Freeman of New Jersey.

Funeral services were held at his late residence Tuesday, the Rev. W. B. Reynolds officiating, and interment was in the Child lot in Fairview cemetery.