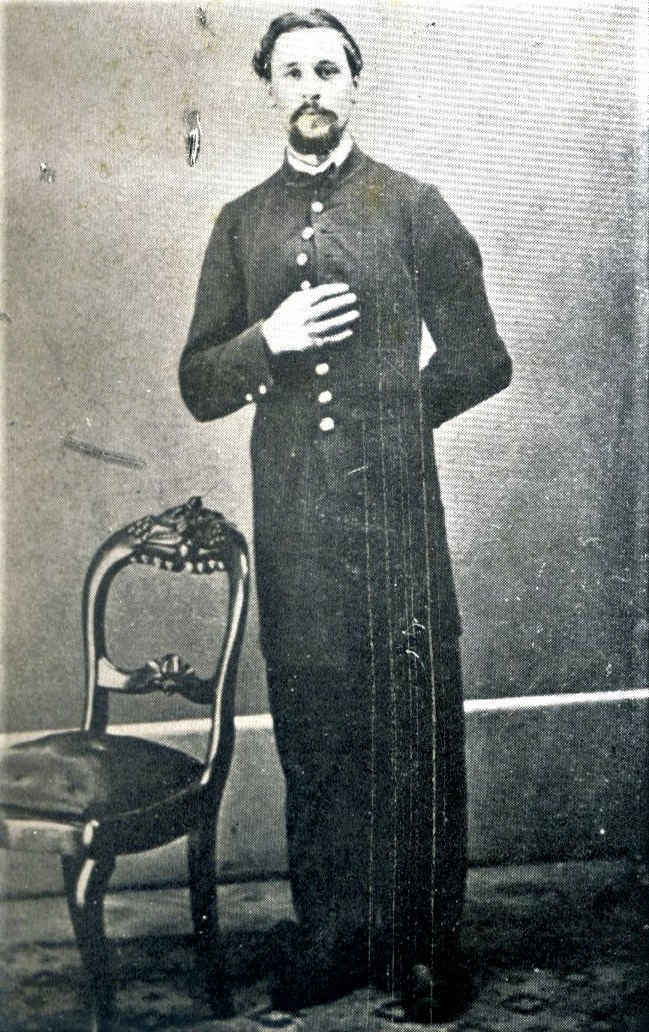 FRED M. GALE was working for his uncle in Barre when he enlisted. He was a spare, frail looking soldier, and wore glasses, he laid them aside long enough to pass the examination, but his eyes were bad and we called him old blind Perrin. He was a fine singer, and we all remember the grand concerts we used to have; no better soldier ever entered the army than he was. He was in every respect a true man, and that kind always made good soldiers, although not as robust as some of us, he never shirked a duty. When Calvin Seaver's leg was shot off at Gettysburg and the air was filled with missiles of death, and everybody was laying low, he corded his leg and stopped the blood. He re-enlisted in the eighth regiment and served till the war closed. After the war he followed farming for a time in the town of Orange, he afterward went to Chicago and is now one of the members of one of the most flourishing firms in Chicago.

During the civil war Mr. Gale served with Company I of the 13th Vermont infantry. He came to Chicago prior to the 1871 fire, and until his retirement several years ago was a member of the firm of Bristoli & Gale, dealers in agricultural implements. He was the oldest member of the Granite City Masonic Lodge at Barre, Vt., his birthplace.

Besides his son, Mr. Gale is survived by his widow, Helen A., and a daughter, Mrs. Helen Gale Leonard. Funeral services will be held tomorrow afternoon at 3:30 o'clock at the home, with interment in Bronswood cemetery, Hinsdale.

F. M. Gale was born at Barre, Vt., in 1839, the son of Julius C. and Almira (Drury) Gale. F. M. was given a fair English education in the common schools, and when only fifteen years of age entered upon a mercantile life as clerk in a general store in South Danvers, Mass. In August, 1862, he enlisted in the 13th Vermont Infantry Volunteers, in which organization he ser.vj nine months. In December, 1863, he re-enlisted in the 8th Vermont Volunteer Infantry, serving with this regiment until the close of the War. On his first enlistment Mr. Gale was, with his regiment, transferred to the Army of the Potomac, participating in the battle of Gettysburg. On the re-organization of the Army following these events, the Sth Vermont was transferred from the Department of the Gulf, under General Banks, to the Army of the Shenandoah, being engaged at the battles of Winchester, Cedar Creek, and others. On being mustered out of the service, in 1865, Mr. Gale returned to his home and for awhile engaged in farming, but finally re-engaged in merchandising at Barre. In 1870, he came West and located in Chicago, which city has since been his home. His first employment here was with the old firm of Emerson, Stafford & Co., implement dealers, at No. 171 Lake Street. This firm was burned out in the great fire, after which it ceased to exist. He then engaged with W. H. Banks & Co., remaining with that house, and its successors, until 1877, when he and Mr. Bristol started their present business. Mr. Gale married, in February, 1867, Miss Helen A. Putnam, daughter of Abel Putnam, of Johnson, Vt. They have three children,—Fred., George B. and Helen M.