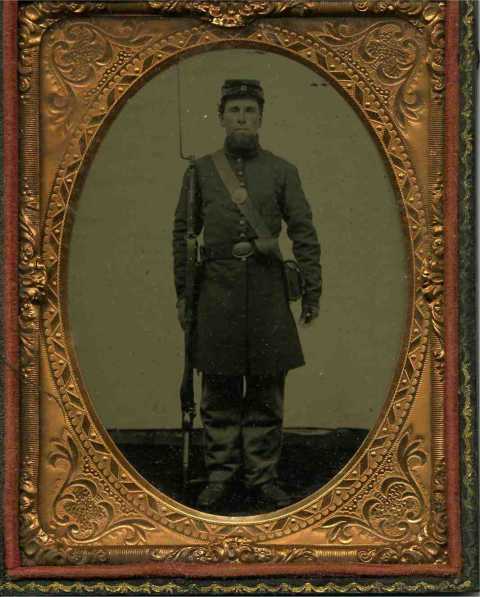 Ira Grant, who died suddenly May 6, was born in this town August 26, 1846, youngest son of Ira and Esther Wallace Grant. At the age of 16 he enlisted in the Civil War and served as war drummer. He was known as one of the best drummers in the state. Mr. Grant was also a well-known singer and served in the choir for about 48 years.

He was twice married. His first wife, Miss Harriet Pratt, died about four years after their marriage. His second wife, Miss Dora Steere, survives him, also a daughter, Mrs. Helen Folsom, by his first marriage and four sons and six daughters by the last marriage, a brother, Frank C. Grant of Los Angeles, Cal., and a sister, Mrs. Curtis Stacy of Concord. Funeral services were held Thursday at the M. E. Church where he sang for so many years, also acted as janitor. The services were conducted by Rev. Albert Gregory and the Rev. Mr. Simpson, assisted by the Grand Army post of which he was a worthy member. The relief corps attended in a body. There were many flowers.

Those from out of town to attend the funeral included his children, Mr. And Mrs. George Grant, Mrs. Hazel Jones, Mrs. Annie Hoyt of Windsor and daughter, Pearle, of Brattleboro. Burial was in Overlook cemetery.

Ken Manies has Ira's half-brother's Frank's photograph album, which includes pictures of Frank, Ira, a cousin Samuel Baldwin, who served in the 80th Ohio Infantry, and others.