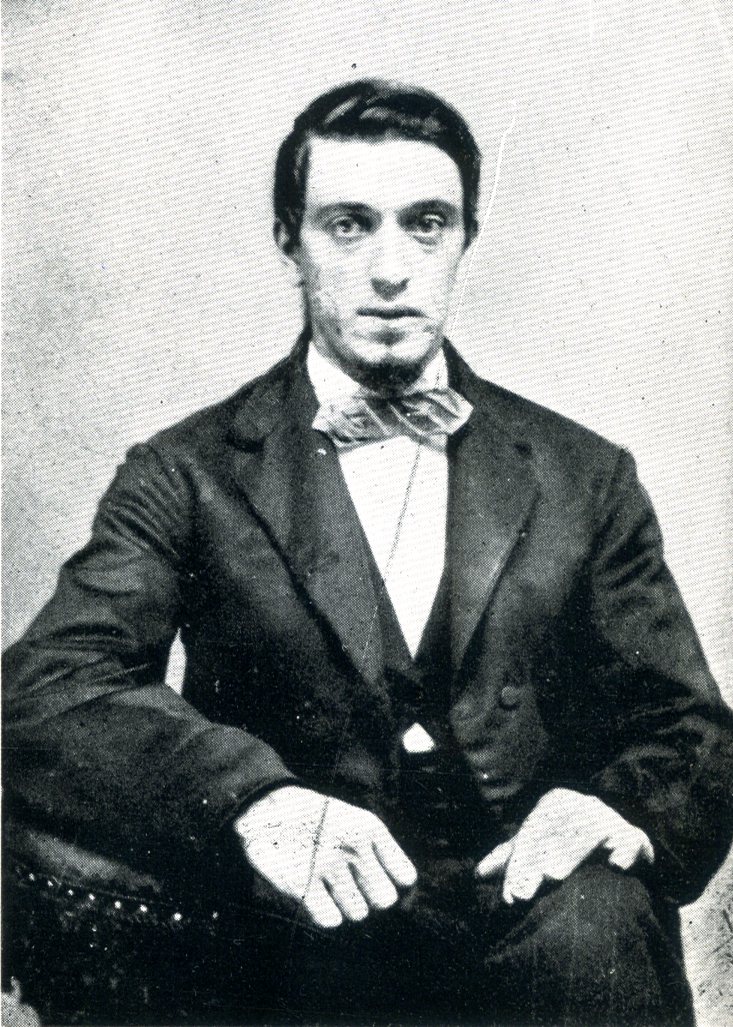 I was born in the old city of Limerick, Ireland, December 25, 1846, on the sunny banks of the still running waters of the dear old Shannon. I left my Shamrock home when a small boy with my parents and sailed over the sea to America and settled down in Burlington, Vermont, and here I attended school and lived until President Lincoln made a call for 300,000 nine months' men to enlist and put down the war. I wanted to go into the army so volunteered on the 2nd day of September, 1862, and Joined Captain Lonergan's Company A, 13th Regiment, Vermont Volunteers. This company was then called the Emmet Guards. I was only 16, but quite large, rugged and strong, and was bubbling over for a chance to fire a gun and help put down the wicked rebellion. Though born in Ireland I knew no land or home except the United States of America and though a mere toy was anxious to go to the war and fight for my adopted country. I read the papers and could see the rebels were whipping us in every fight, and unless we all pitched in to help, those fellows that wanted to buy and sell niggers would soon conquer and make a government to suit themselves and come North and tell us what we must do. I thought this a good country and was ready and willing to do what I could to save it.

I had a pretty good time and never saw a day that I was sorry that I joined the army. Company A men were mostly Irish and of course now and then had little disagreement among ourselves and sometimes a saucy boy got a hit on the head with a shillalah which usually ended the scrap. But these little differences were soon forgotten and forgiven and all were jovial and ready and willing for duty on the picket line, the march, and at all times anxious for a fight with the enemy. I do not believe there was one coward in Company A. Soldier life agreed with me and I grew strong and waxed warm for a chance to be in a big fight. The one we had at Fairfax Court House when General Stuart thought he was going to gobble us up in the night only just whetted my appetite for a genuine battle and I did not have to wait long before a big one was on at Gettysburg.

I was in the fight from early morning to late evening each day and on the last day when we made the charge against General Pickett was quite seriously wounded, a rifle ball passed through my jaw. I did not pay much attention to it at the time, but blood filled my mouth and run out pretty fast. Could not eat or talk very well for several days. I could fight and march just as well as before and stuck by to the end and was mustered out with my company July 21, 1863. I soon recovered from my wound and worked for a while with my father at the trade of coopering. The war continued and I enlisted again July 20, 1865 with the first U. S. Artillery and served 22 months in Battery A. After I returned worked at my trade, coopering. I married May A. Slattery, of Montpelier, February 3rd, 186S. I now reside in Bristol, Vt., am a member of Walter C. Dunton Post No. 110, G.A.R. Now comrade Sturtevant I have complied with your request as well as I can. If it does not suit throw it in the waste basket and it will be all right.

John H. Hanlon, who sustained a stroke of paralysis about a week ago, died at his home on Pine street Saturday morning. He was a member of Company A, 13th Vermont Volunteers, the last of his company. He is survived by a widow, two daughters, Mrs. William Brown of Springfield, Mass., and Mrs. Buel Whitaker of Rutland, and three sons, P. H. Hanlon of Lincoln, Edward of Worcester, Mass., and Thomas of Lincoln. The funeral will be held Tuesday at 10 o'clock at St. Ambrose's Church.