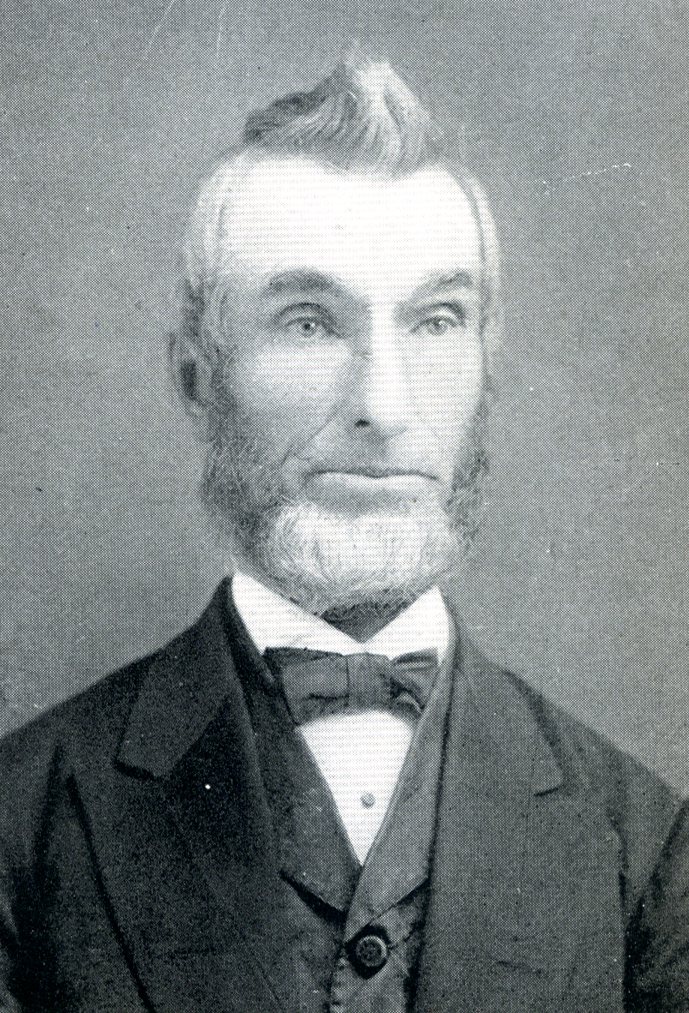 CRESMON HANCOCK volunteered from the town of Worcester, Vt., August 29, 1862, and counted on the quota of that town and joined Bast Montpelier Company, commanded by Captain Lewis L. Coburn. He was a patriot of the old school and ever had been hostile to the institution of slavery that disgraced his country and now was an opportunity to not only fight for the country that gave him birth, but for the destruction of slavery. And though 50 years old was determined and devoted his life, if needs be. In the service of its defence for right and liberty. Was the oldest man in Company C, but he was equal to the duties and discharged them as well as the best. It is no wonder that he was patriotic and loved home and country, for he was born during the War of 1812-14, and likely was patriotic before his birth. He was an old man in years at this time but he asked no favors, and was on hand at all times ready for duty. One only needs to see his picture at this date and since to confirm my opinion namely, that a prospect of a battle alarmed him no more than a dress parade. He served his full term and was mustered out and returned home, but the battle of Gettysburg, though the turning one did not end the war and our aged and enthusiastic comrade felt impelled to volunteer again and did, into Company I of the 11th Vermont Volunteers, December 3rd, 1863, and remained in the service until the mighty army of General Lee surrendered to General Grant at Appomattox, April 9, 1865. His devotion to principle and country was of the Ethan Allen quality. He remained steadfast until the foe was subdued and the stars and stripes again fluttered in the breeze above the ruins of Fort Sumter. He was discharged July 17, 1865, by reason of the end of the war. He returned home and quietly resumed his place in society and lived and died a respected citizen. He died at Berlin, Vt., February 1st, 1891, and was buried in the village cemetery of Worcester, Vt. Because of the patriotic devotion of this dead hero of the Republic, and those like him, a mighty and glorious land is still the in- heritance of the patriots of 1776. Turn to page 204 and you will be convinced of the truthfulness of all that has been said in praise of my esteemed comrade, Cresmon Hancock.