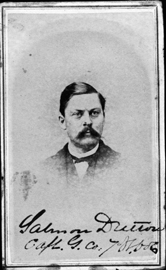 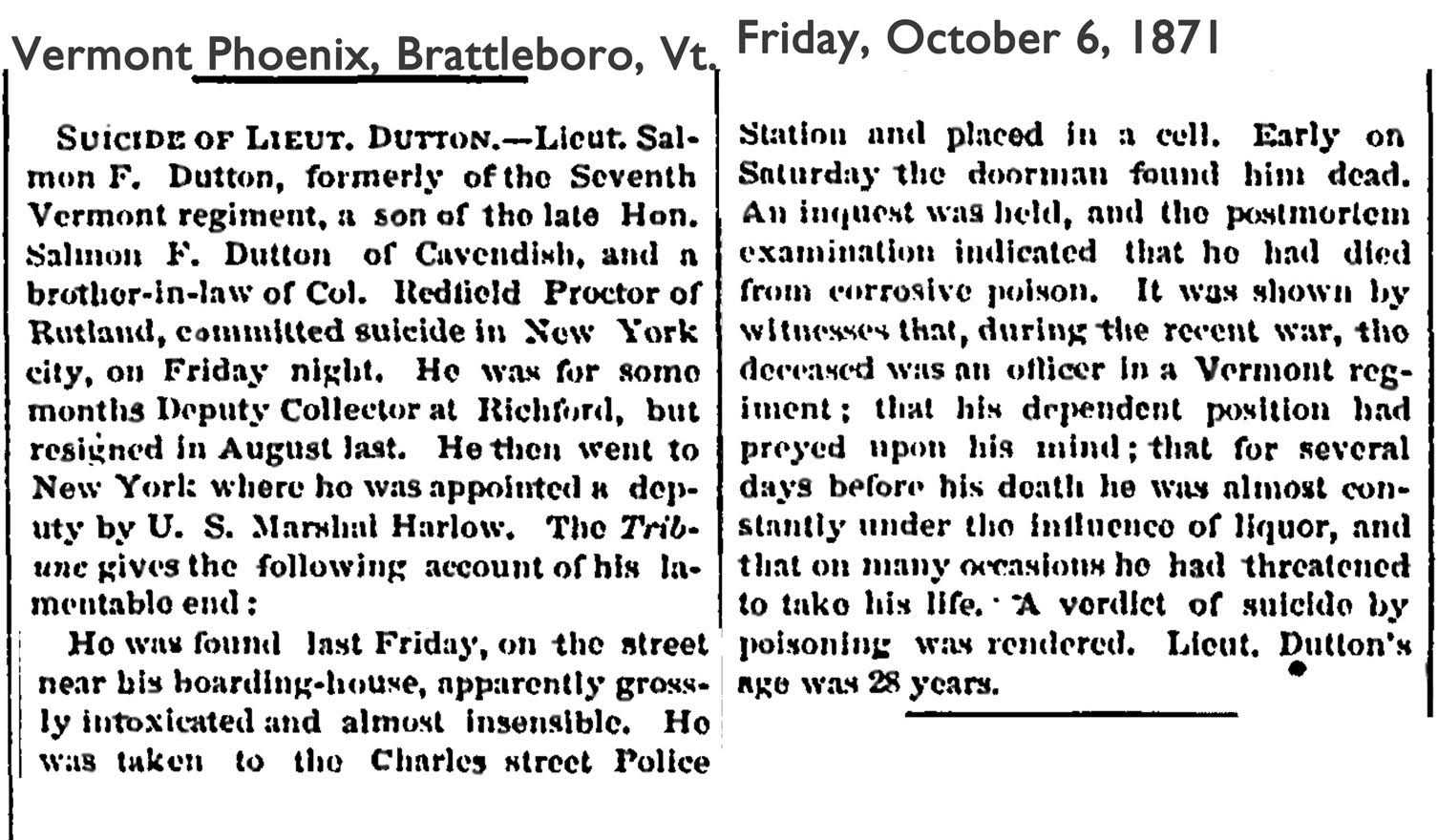 Suicide of a Deputy Marshal.

Salmon Dutton, age 28, a boarder at No. 32 Greenwich ave., and for several months past a Deputy U.S. Marshal under Marshal Harlow, was found, last Friday, on the street near his boarding house, apparently grossly intoxicated and almost insensible. He was taken to the Charles St. Police Station and placed in a cell. Early on Saturday the doorman found him dead.

An inquest was held, and the post-mortem examination indicated that he had died from corrosive poison. It was shown by witnesses that, during the recent war, the deceased was an officer in a Vermont regiment; that his dependent position had preyed upon his mind; that for several days before his death he was almost constantly under the influence of liquor, and that on many occasions he had threatened to take his life. A verdict of suicide by poisoning was rendered.

Capt. Salmon Dutton, of Cavendish, died in New York on Friday last. He served in the 1st Vermont from the commencement of the late civil war until it was mustered out, and afterwards served as aid to Gen. "Baldy" Smith. In November, 1861, he returned to Vermont to recruit Co. G, in the 7th Volunteers, and served with that regiment until 1865, when he received the appointment of government detective. He had recently been stationed at Richford, as a Custom House deputy.

Sept. - Capt. Salmon Dutton, in New York City. He was a native of Cavendish, and served with distinction in various capacities during the war of the Rebellion.