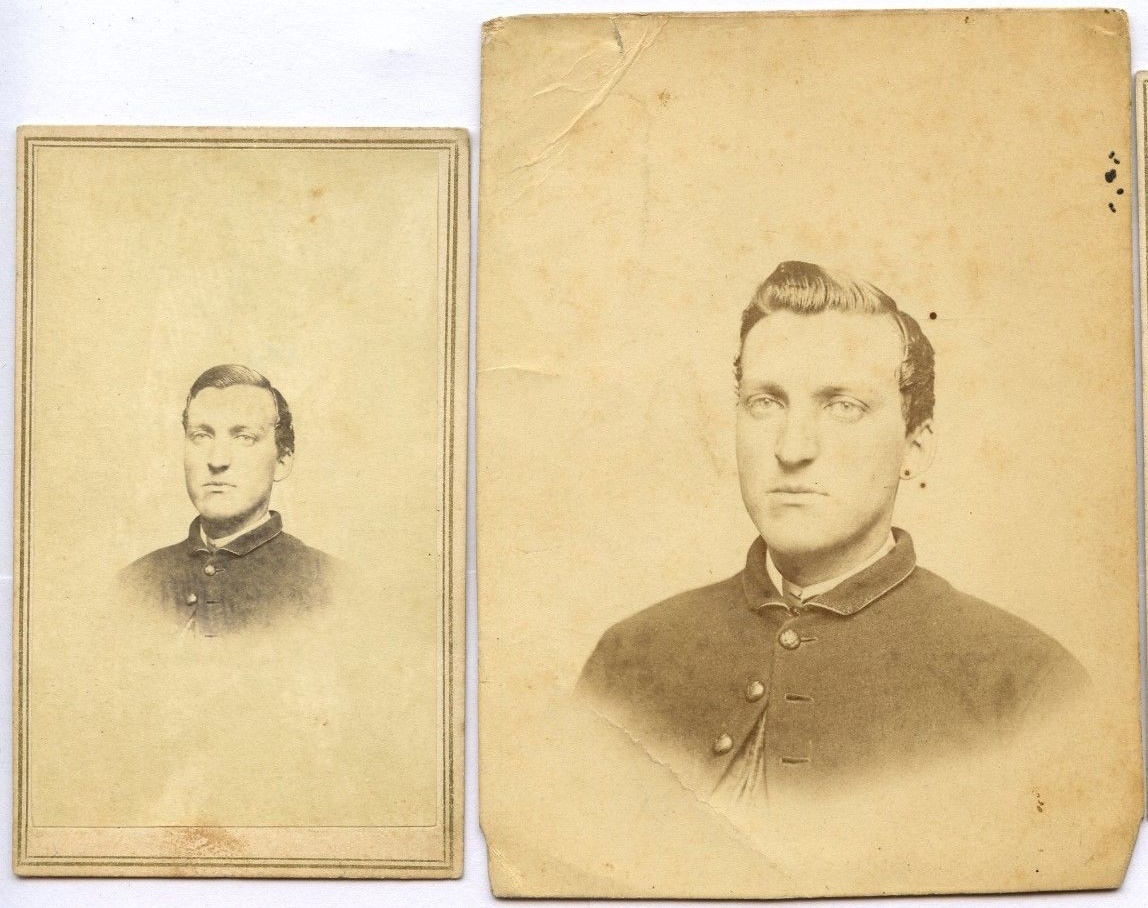 which occurred at Mazomanie, Wis. July 30 is thus spoken of in the "Sickle" of that place:

Holden S. Hodge died suddenly at an early hour last Saturday morning from cerebral hemorrhage, aged nearly sixty years. His death was supposed to have been caused from heart failure, but a post mortem examination revealed that was not the case.

Deceased was born at Stowe, Vt. November 19, 1838. He enlisted as a sharp shooter in the service of the U.S. on October 28, 1861, in February was detailed to assist the surgeon, at which service he remained while with his regiment. At the Battle of Gettysburg he was sun struck ( which was the cause of his sudden death), and in September 1864, was discharged by reason of disability.

Shortly after his return from the war he was married to Miss Flor A. Peck, November 24, 1864. He came to Mazomanie in May of 1866, but returned to Vermont the following year, where he remained until 1882, when he again came to our village and has remained ever since.

Mr. Hodge was a kind-hearted and faithful man, of whom everyone thought well. His sudden and unexpected death is a severe blow to his family and friends. He was a member of the village board, on the Masonic fraternity and of the G.A.R., all of which met and passed resolutions.

He leaves his wife and two children, Miss Jennie and Willis Hodge, and a large circle of friends, who join the bereaved family in the mourning of the departed one. The funeral was held Monday morning, with services at the Congregational Church, conducted by Rev. Ralph and the Masonic Lodge.