George Paul Kelley (or Kelly) was born on the 16th of August 1844 in Vermont. The exact place of his birth is unknown; however, he was born in Grand Isle County, probably at either Isle La Motte or Alburgh of that county. The earlier records of this family spell the name as "Kelley" but later ones spell it "Kelly". When, how, and/or why it was changed is unknown. He died on the 1st of October 1932 in Norfolk, NY at the home of his son Henry Kelly where he had been living since the death of his wife 15 years earlier. He was buried in the High Street Cemetery in Norfolk on the 4th of October 1932. The 1880 census of Potsdam Town, St. Lawrence County, NY (Norwood) lists his age as 35 and that he was a farm laborer. The census also shows that his father was born in Ireland and his mother was born in Canada.

During the Civil War, on the 3rd of December 1863, George enlisted as a private in the Vermont First Brigade, Eleventh Infantry, Company K of the Union Army while living at Isle La Motte, VT. He was mustered in on the 15th of December 1863. This regiment was originally recruited as an infantry regiment, but was soon changed to a heavy artillery regiment. They fought in several battles and George was taken prisoner by the Confederates at Weldon Railroad on the 23rd of June 1864. He spent the rest of the war as a prisoner, being moved from prison to prison and ended up spending a long period of time at the infamous Andersonville Prison until the war ended. This prison was terribly overcrowded, with insufficient and/or bad food, very poor sanitary conditions as well as many other horrible conditions and treatment. There were an inordinate number of deaths at this place mostly due to "scorubus" (scurvy), diarrhea, and gangrene from improperly treated wounds. George was one of the more fortunate men to survive being in this prison although he suffered from the conditions there. He was discharged from the army on the 7th of July 1865. Later he was collecting a pension for "chronic dirreah" (diarrhea) as noted in the 1890 special census of Civil War Veterans. George's obituary at the time of his death (see below) says, "He was not only the last veteran of the Civil War in the Town of Norfolk, but also the last member of the GAR post in Norwood." 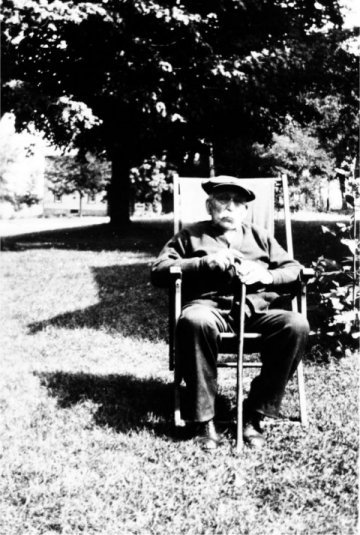 After the Civil War ended on April 9th, 1865, and upon being freed from the Andersonville Prison, George Kelley somehow managed to get back home to Isle La Motte, Grand Isle, VT where he married Mary Florence Bombard on the 17th of June 1865. It is interesting to speculate on the reason for Mary being in this area at this time and how she and George met and decided to be married. Although both of them had been born in this area, Mary and her family had moved to Bangor, NY when she was quite young. Both the 1850 and 1860 censuses list her and her family at Bangor, NY, so she must have moved there when she was less than eight years old. In any case, after their marriage in Vermont and his formal discharge from the army, they made their home in North Bangor, Franklin County, NY where their daughter, Sophia, and first son, Wilbur were born. Wilbur was born in 1869 and sometime between the birth of Wilbur and before Henry was born in 1873, they moved to Norwood, Potsdam Township, St. Lawrence County, NY where their second son, Henry, was born. (At this time the village was named "Potsdam Junction" and in 1875 the name was changed to "Norwood"). About 1882 they moved to nearby Norfolk, St. Lawrence County, NY.

Mary Florence Bombard was born on the 16th of August 1842 in Vermont. Again, the precise location is unknown, but it was in Grand Isle County and could have been Isle La Motte, Alburgh or some other village in this area. She died on the 3rd of October 1917 in Norfolk, NY and was buried in the High Street Cemetery, Norfolk, NY.

The children of George and Mary are: 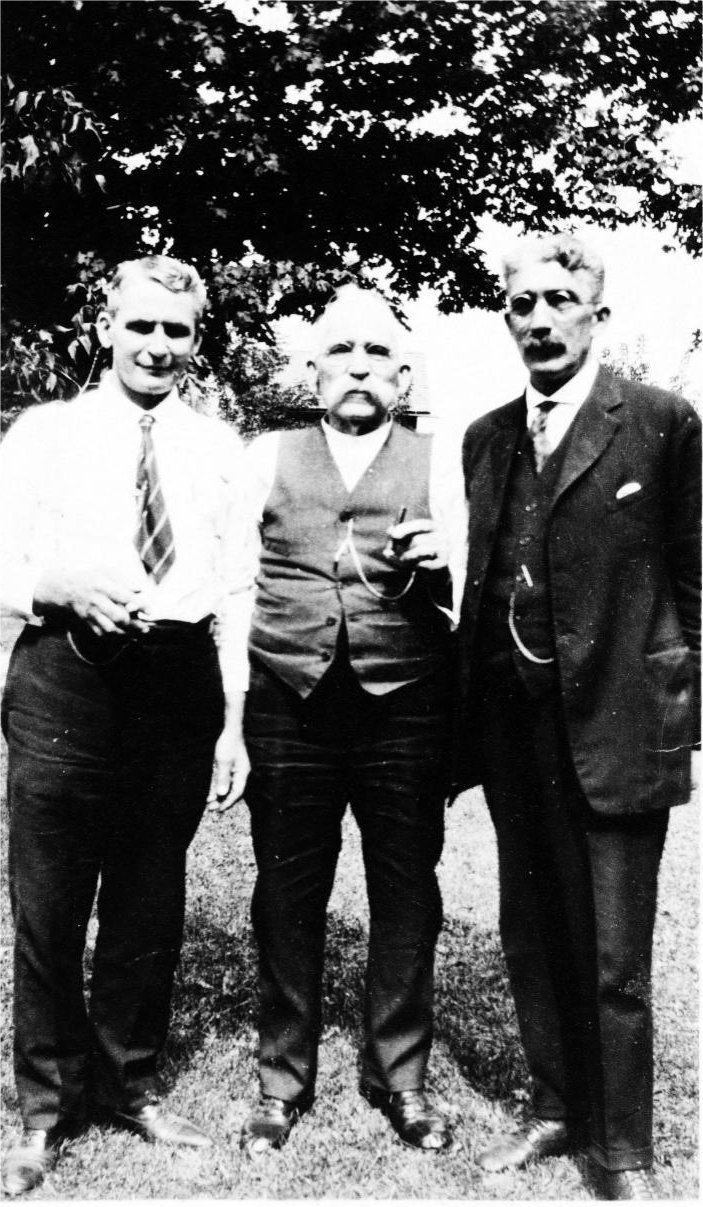 Norfolk (NY), Oct. 5.--George Paul Kelly, 88, Norfolk's last veteran of the Civil War, died Saturday at the home of his son, Henry Kelly, this village, with whom he lived. Death was due to the infirmities of old age and paralysis.

Mr. Kelly was born in Vermont, Aug. 16, 1844. He enlisted in the Union army at the outbreak of the Civil War and served with the Eleventh Vermont Heavy Artillery. Part of his time in the service was spent as a prisoner in various prisons of the south. Among them were the famous Andersonville prison where he was imprisoned for some time.

In describing his war experiences, Mr. Kelly often described the horrors of prison life in war camp during the conflict between the North and the South. He was not only the last veteran of the Civil War in the town of Norfolk, but also the last member of the GAR post in Norwood.

Surviving him are two sons, Henry, with whom he lived since the death of his wife 15 years ago, and Wilbur J. Kelly of Watertown; a daughter, Mrs. Sophia Wilbur, of Norfolk, and a brother, Seymour Kelly, of Augusta, Wis.

Funeral services were held at the home of his son and daughter-in-law, Mr. and Mrs. Henry Kelly, Tuesday afternoon at 2. Rev. D. D. McVeigh, pastor of the Methodist-Episcopal church of Norfolk, officiated. Burial was made in the High Street cemetery with the John Andrus post of Norfolk being in charge of the services.

Source: Materials, obituary and photographs contributed by Herb and Natalie Kelly Shields, of Walton, NY. George Kelly is Natalie's paternal great-grandfather. The photographs are from George Kelly's 80th birthday celebration 8/6/1924, the first of him alone, the second with his sons Henry and Wilbur, left and right, respectively. Wilbur is Natalie's grandfather.