George N. Kent Was a Veteran of the Civil War.

George N. Kent, aged 86 years, died at Montpelier this morning at 3 o'clock as a result of breaking down of health due to advanced age. He was born in Maine Oct. 19, 1835, and came to Vermont early in life. He was the son of Mr. and Mrs. Herman Kent. He was a veteran of the Civil war, having enlisted in Company F, 2d Vermont regiment, July 13, 1863, at Northfield.

For many years Mr. Kent had lived in Grand Rapids, Mich., but last September, when his son, Herbert O. Kent of Montpelier, visited him in the hospital in that city the aged man expressed a desire to come east. Since returning to Montpelier he had boarded at the home of Mrs. Arthur Clark of Elm street, Montpelier. Besides his son, he is survived by his grandson, Raymond Kent, of Springfield, Mass. 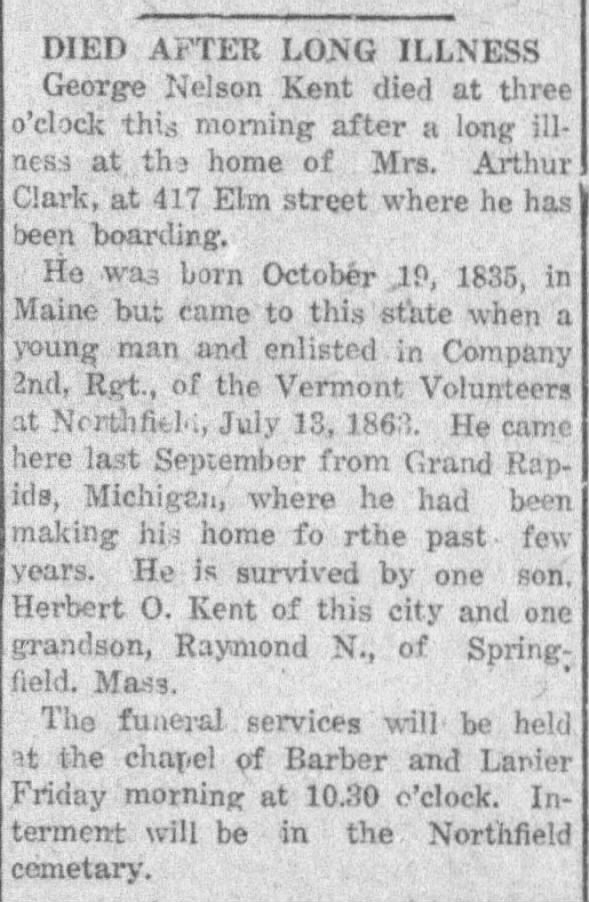