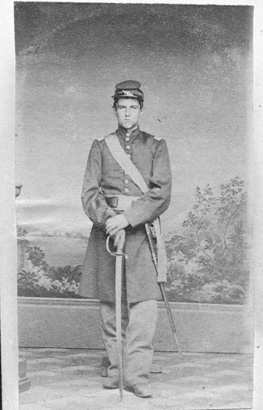 His warm heart and genial manners made every man his friend. He possessed a singularly brilliant mind. We loved him and had high hopes for him. But he is laid low - another sacrifice to the noble cause in which he so early enlisted. His parents were with him when he died, and bore him to their sad home. The regiment follow them in deep sympathy, and will long remember their lamented son, as a true gentleman, a most efficient officer, and a devoted patriot.