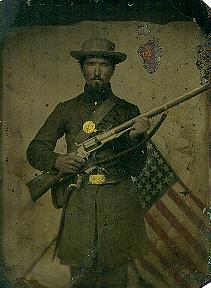 Luke Monroe Lewis, who had been ill for a long time with disease of the heart, died at his late home Friday, April 8. Mr. Lewis was born in Bolton, July 16, 1840, son of Hiram and Betsey Lewis. His parents were among the first settlers of Duxbury. Of his own family Mr. Lewis is survived by two brothers and two sisters, Wesley Lewis of Gaberville, Mich., Heman Lewis of Bristol, Mrs. Sarah Sprague of Middlebury and Mrs. Phoeba Ridley of Bristol, Vt. In 1865 Mr. Lewis was united in marriage with Miss Clara Fargo of Huntington, who survives him. They were blessed with four children, two of whom died in infancy. The other two have been the constant comfort of the enfeebled father during these later years, Frank E. Lewis and Mrs. J. O. Young both of Duxbury. Four grandchildren also honor him, Harold F. Lewis, L. George Lewis, Clark A. Young and William A. Young.

On October 30, 1861 Mr. Lewis enlisted in Company E, Vermont second regiment of Berdans sharp-shooters. On November 9th of the same year he was mustered in and was honorably discharged after serving 3 years. His life and work in town has been most honorable and he received the highest respect of all who knew him. To the widow and surviving members of the family there remains the memory of a life which was at all times a blessing and help to others and through the years of inactivity one can feel the satisfaction of the appreciation that came from the husband and father for the patient care given him.