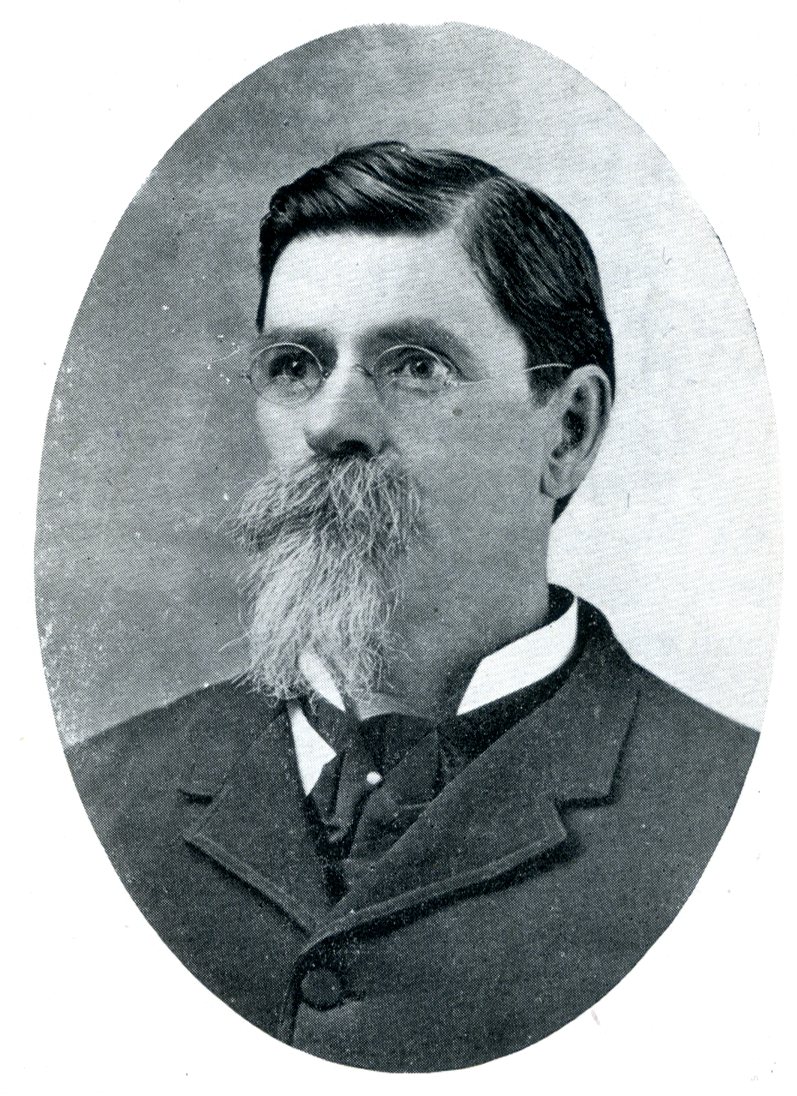 I was born at Winooski, Vermont, October 20, 1845. In August, 1862, I enlisted at Winooski as fifer of Company D, 13th Vermont Regiment. Served a full term of service and later was a government telegraph operator for nearly two years, being stationed in Alabama and Tennessee. Remained in the South until '67, then came to Vermont, and in 1870 went west as civil engineer for the Northern Pacific Rail- road. Came to Kansas in '71 and in '73, settled in Thayer, Kans., as a hardware merchant. Married a Vermont girl in 1876. In 1886 sold my hardware store and have since been engaged in the banking business, my present occupation.

I have always cherished a warm regard for my native state and her brave sons of the 13th Vermont, especially of Company D. I recall with enthusiasm the many cheerful and amusing incidents of army life and still think with regret of the sad events, particularly the long, hard march to Gettysburg and the terrible havoc of those three days, July first, second, and third, 1863.

I remember with especial distinctness some of the incidents of the very dis- agreeable stormy season of December, '62. Our regiment had been stationed for some time at Camp Vermont near Alexandria, but after a fortnight of alternate rain and snow and when the roads were consequently very muddy, we were ordered to break camp. Early in the afternoon we were ready to go but the order to march did not come until almost night. We were soon on the road to Alexandria, but before we reached town it was very dark and the cold, drizzling rain did not improve the situation greatly. Officers carrying lanterns rode at the front and the rear, but our progress was painfully slow.

After leaving Alexandria we found ourselves in a strange country. Not knowing where the road led, we could only follow those in front of us; but we kept together fairly well until midnight when the line broke at a cross-road, and in the darkness and rain about half of the regiment wandered down the wrong track. After what seemed ten hours, we found our comrades again and plodded on wearily until we were turned into some woods to spend the rest of the night. No matter what the circumstances or surroundings, soldiers will build fires; so very soon the logs were blazing cheerily and we lay down to sleep. In the morning we awoke to find ourselves covered with snow and frozen mud, but we marched on to Fairfax Court House and were then ordered into the woods a mile away.

All this time nothing was known of our baggage train with our rations, and though it was expected any hour, it did not arrive for ten days. For shelter we made bough houses which if not elegant served their purpose quite well. To the regulars of to-day such a camp would present a ludicrous appearance. The little bough houses were everywhere, no regularity being observed in their arrangement or construction. Some were fairly large, some small, and most of them were pieced out with shelter tents. Anything that could afford protection was put up wherever a suitable space could be found. And the regiment was as hopelessly mixed up as were the streets of the camp. Regardless of the companies to which they belonged the men had formed squads to build and occupy houses in partnership.

Though this confusion was soon to cause me no little bewilderment and worry, it troubled us very slightly then; the missing baggage train and supplies caused far greater anxiety. We were in a country almost destitute of the necessities of life and though probably was not a day but that every soldier had something to eat, there was surely never a day that any man had a full meal. After ten days a part of the longed for train arrived and our cook drew rations of beans for the entire company, secured the necessary kettles, built fires, and the beans began to boil. It was ten o'clock at night, however, before the cook pronounced them done and sent out the welcome call "beans on the trencher". Three or four rods from the cook's fire, my chum, Charles Stannard, and myself occupied a small shelter tent. When the call came Stannard said, "Here, Forest, take my plate along and don't be slow about getting back!" When I reached the fire, I found that the beans were being dished out on the further side, so around the fire I went and waited my turn. After some, little time I received my double rations and mindful of Stannard's words started for our tent In a hurry. In my haste and hunger I quite forgot that I had come around the fire; consequently when I started directly away from the fire I went in exactly the wrong direction. I soon discovered that I was lost but there was nothing to guide me home for everywhere were the bough tents and before each tent there was a fire just like the one in front of my own. With a full plate of beans in each hand, I wandered vainly around for a long time. Asking for information was worse than going hungry for in answer to my question "What company is this?" I was always told, "Company I, you d nd fool." It was fun for the soldiers for they saw at once that I was lost and they guyed me unmercifully. Indeed my appearance must have been ludicrous in the extreme. Imagine a big, overgrown boy, nearly six feet tall, stumbling around at half past eleven at night, with a plateful of beans in each hand, but too badly scared to have sense enough to sit down and eat them although he had been hungry for a week!

At last I heard someone explaining with a great deal of emphasis, to an amused group how his bloody-minded comrade had stolen his rations and sneaked off to eat them, and what dire retribution would befall that comrade should he ever dare return. It was the voice of Stannard and overjoyed to find my tent again, I braved his vengeance and soon two tired, desperately hungry boys were enjoying their midnight supper of cold beans.