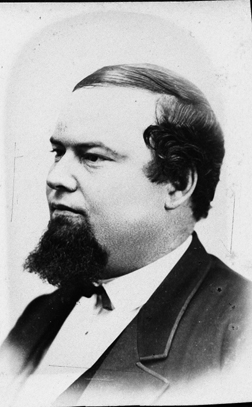 FROM THE VERMONT 8TH REGIMENT
NEW ORLEANS, LA, MAY 29, 1862
TO THE EDITOR OF THE CALEDONIAN:

I am happy to say that the twenty-ninth day of May finds us very comfortably situated in the proud city of New Orleans. Our quarters are in a large public building called " Mechanics Institute”. It affords ample romm for both officers and soldiers, and with an abundance of hard bread and meat, good air and water, we flatter ourselves that few regiments are more favored than the Vt. 8th. The St. Johnsbury boys are rugged and hearty --- most of them --- and we believe ready for any emergency that rebellion may bring them into.

The health of Company C has been as good as could have been expected since leaving Camp Holbrook. We exceedingly regret to record the death of of one of our number since leaving the snowy hills of Vermont --- Alonzo McGaffee of St. Johnsbury, Vt. He was in feeble health at the time of his enlistment, but thinking that a change in climate might prove beneficial, he decided to go south as a soldier. But instead of improving in health he failed constantly from the time we left Camp Holbrook until the 7th inst., when death relieved him from all bodily sufferings. He now sleeps beneath the snow- white sands of Ship Island.

Our company has been on police duty for the past week, the stern duties of which it has met with firmness and valor, well worthy the the hardy sons of Vermont. The city is very quiet, and to all appearances the most loyal city in the Union. The weather here is quite warm; probably we seldom have it warmer at any season of the year in Vt.

We are hoping that the current war will soon close, and that we shall be allowed to return to our homes, to rejoice with our friends over a loved country free from the horrors of war and blood-shed.

Derby Line, Nov. 7:---Capt. Henry E. Foster died at his home in this place yesterday afternoon of gangrene, the result of an injury suffered last summer when a cake of ice fell upon his foot. The funeral will be held tomorrow afternoon at 2 o'clock.

Captain Foster was captain of Co. C, 8th Regt., Vt. Vols., in the Civil War, his commission having been dated December 23, 1861. Co. C was the color company of the Eighth regiment. Captain Foster resigned his commission August 15, 1863, on account of wounds received in battle, he having received a severe shell wound at the siege of Fort Hudson on the Mississippi. For a number of years following the war, Captain Foster was in the United States customs service and since his resignation there from he had been one of the most prominent in native town, where he had held practically every office within the gift of his fellow townsmen.