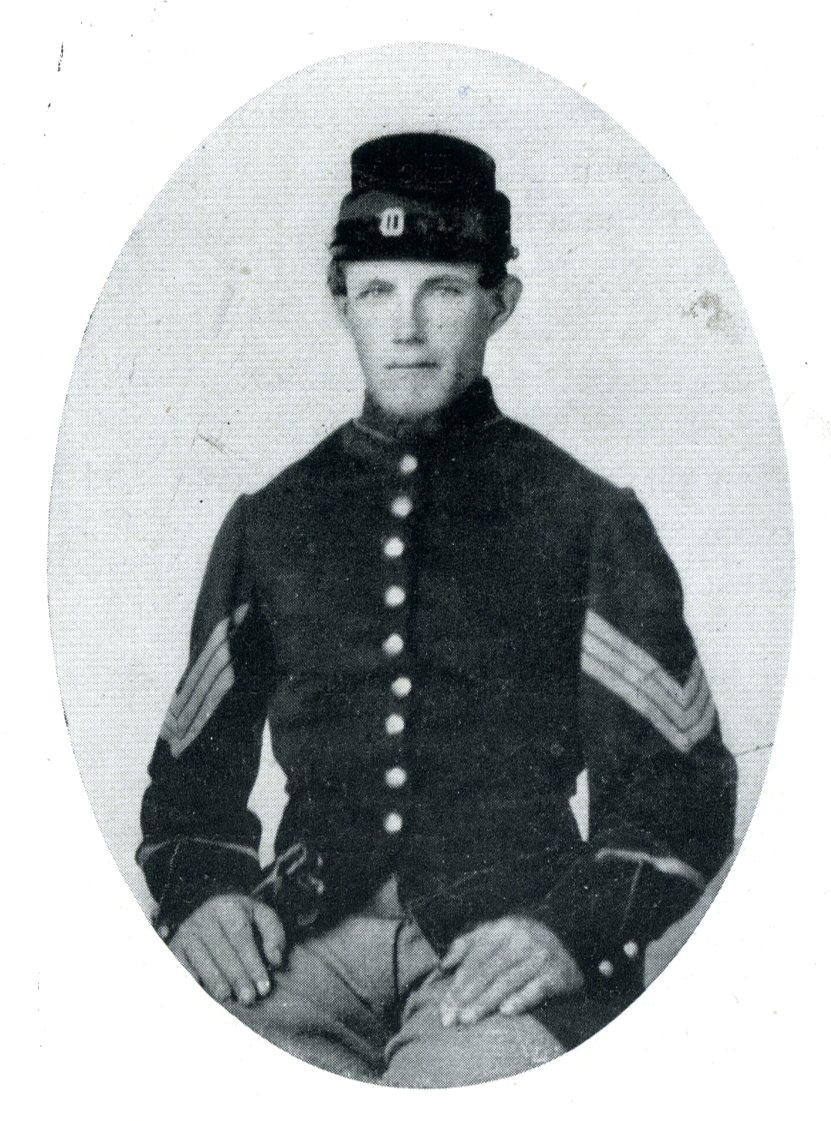 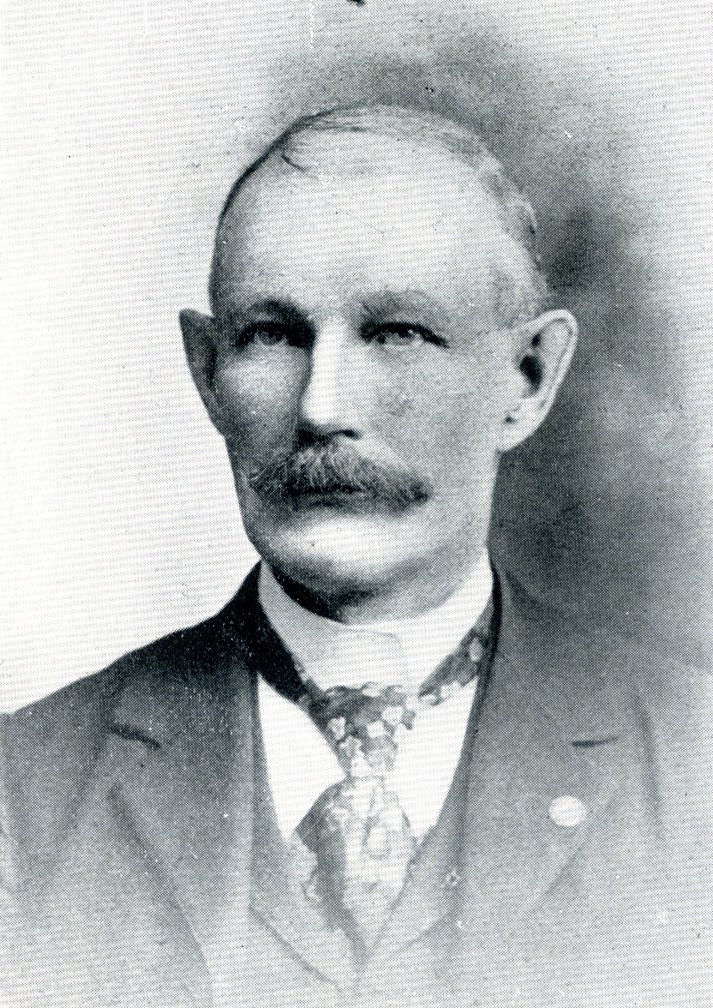 DURHAM A. MARBLE was first a volunteer in Company F, 1st Regiment Vt. Infantry, and served his term of enlistment and received an honorable discharge August 15, 1861. He re-enlisted as a volunteer in September, 1862, and enrolled in the so called East Montpelier Company, which on organization, took the letter C, and was appointed by Captain Coburn 3rd Sergeant and counted on the quota of the town of Berlin, which was his place of residence. He was 24 years of age in 1862 and understood full well the situation and importance of serving his country. His patriotism, devotion and standing secured the quite honorable position of sergeant. He served with credit to himself and honor to state and nation, and was discharged after serving his full term of enlistment, July 21, 1863. He stood well with all his comrades.

His picture taken in 1896 indicates a man of character and from all that can be learned of him since the war, has never disgraced the uniform with sergeant's stripes on the sleeves that he wore during his brave and gallant career as a soldier of the 13th Regiment Vt. Vols. Comrade Marble was living in Putnam, Conn., in 1906.

Durham A. Marble, veteran of the Civil war, died at his home on South Main street at 8.30 Monday morning. He had been ill for six or seven years and about five years ago suffered a shock.

Mr. Marble was born in Sutton, Mass., the son of Mr. and Mrs. Israel Marble. His education was obtained in the schools of that town and in Worcester. After leaving school he worked in a shoe shop and later learned the carpentering trade. Following this occupation he went to Montpelier, Vt., as a bridge carpenter for the Wells River and Montpelier railroad.

At Montpelier, April 9, 1862, he married Miss Louise Hall. Six weeks later he enlisted in Company C, Thirteenth Vermont Volunteers for service in the war, in which he had many thrilling experiences.

Mr. Marble came to Putnam about 25 years ago as a bridge carpenter for what is now the N.Y., N.H. & H railroad company.

Mr. Marble leaves a daughter, Louise Hall, with whom he made his home, and a son, H. Keno Marble, of Santa Barbara, Cal. There are two grandchildren.

Mr. Marble was a Mason, an Odd Fellow and a member of the G.A.R.