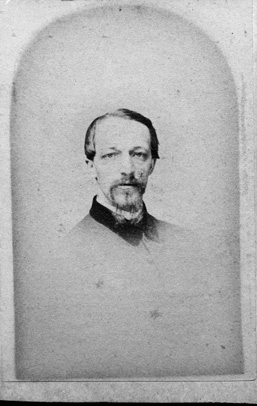 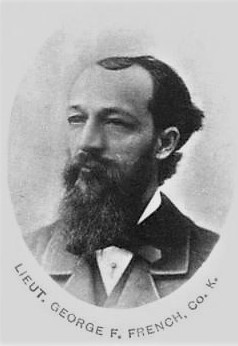 George Foster French of Portland, died in Farmington, Maine, Jan. 23, following a shock of paralysis which he suffered several weeks ago.

Mr. French was born in Lunenburg, 88 years ago, son of Mr. And Mrs. N.W. French. He served in the Civil War in Co. K, 8th Vermont. For many years he was a bookseller in Lunenburg, but for 30 years he had lived in Portland. For a time he lived in Lewiston, where he was engaged in business. He also took an active interest in public affairs, serving on the school board and on the city government while in Lewiston.

He joined Custer Post, G.A.R., in Lewiston, and later joined Bosworth Post in Portland, being its chaplain, and at one time commander. Later he changed his membership to the post in his native town, Lunenburg, where he was also post commander. At one time Mr. French was a member of the Loyal Legion and of several other societies.

He was very musical in his tastes and in his younger days he was in great demand as a chorus leader, in his former home in Vermont, in Lewiston and in Portland. He was prominently identified with the Haydn association and was president of this body at the time Prof. W. R. Chapman fist came to Portland and undertook to organize his chorus. The Haydn association voted to transform itself into the Festival chorus and thus he proved to be the last in the long line of its presidents.

Mr. French was twice married, his first wife being Miss Helen A. Wright of Lunenburg. Two children were born to them, both of whom died several years ago. His second wife was Miss Lizzie Norton of Farmington, who survives him. Mrs. French is one of the leading club parliamentarians. Besides his wife he leaves one brother in St. Louis. The funeral and burial were in Lunenburg.