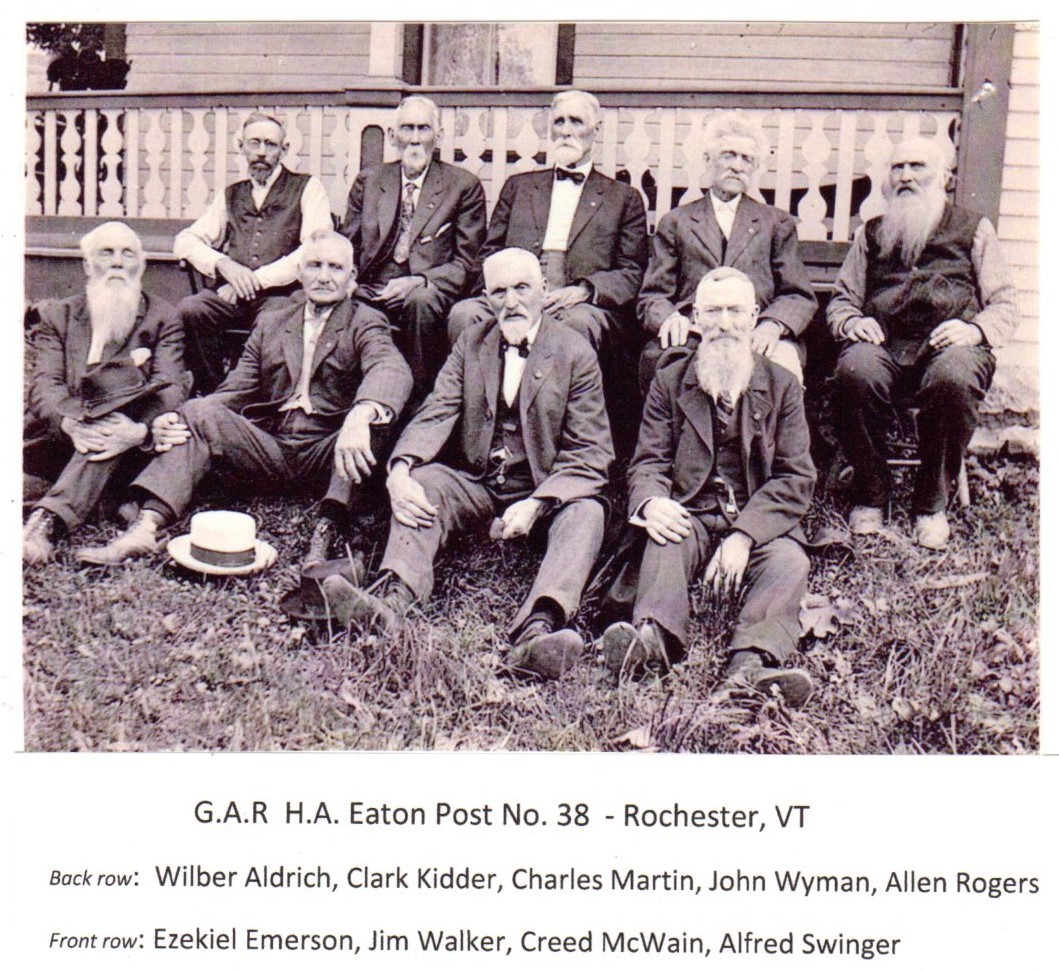 (Courtesy of Nancy A. Brown, 2nd great-grandniece of Charles Martin)

The people of Rochester were greatly shocked and saddened Monday evening when the news came that Edgar W. McWain had dropped dead about 8 o'clock. He had been to the post office for his mail, came home and sat down to read his paper, and died immediately. It was not known that he was troubled with heart weakness and when he left the house he appeared in his usual health.

He was born in August 1838, enlisted in the Fourth Vermont Regiment Volunteers in the fall of 1861, served until October 1864, was in twenty battles, and a brave soldier. He was always prominent in G.A.R. circles and served as Post commander of Col. H. A. Eaton post many years.