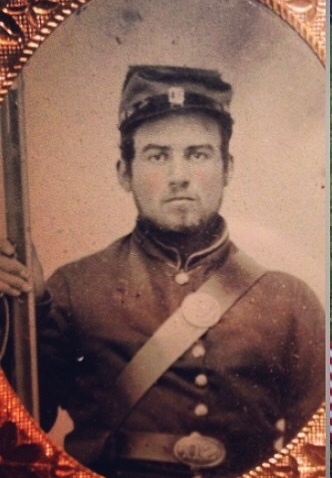 Brother M. experienced religion some years ago, and united with the M. E. Church in Elmore, of which he remained a faithful and consistent member, 'till his death called him to his reward in the skies. He loved Methodism and cherished a warm affection for the ambassadors of Jesus, giving liberally of his substance, for the support of the gospel. From clear convictions of duty he enlisted in defense of his country's rights. Willing to forego the comforts, and pleasure of his home associations, which were very dear to him that he might be instrumental in putting down this accursed rebellion

His Captain informed me that he was first of many who offered themselves to serve in this capacity, and that while surrounded with the many evil influences of camp life, he deported himself in that noble Christian manner which it been his wont to do, while surrounded with the safe guards of home. Nearly two years did he serve his country, then only returned home to die, living not quite two days after his return.

SOLDIER'S FUNERAL. - John Wesley Merriam, a member of Co. A, 8th Vt. Reg., arrived home on Tuesday last, died Thursday and was buried on Sunday, with military honors. There was a large attendance at the funeral.