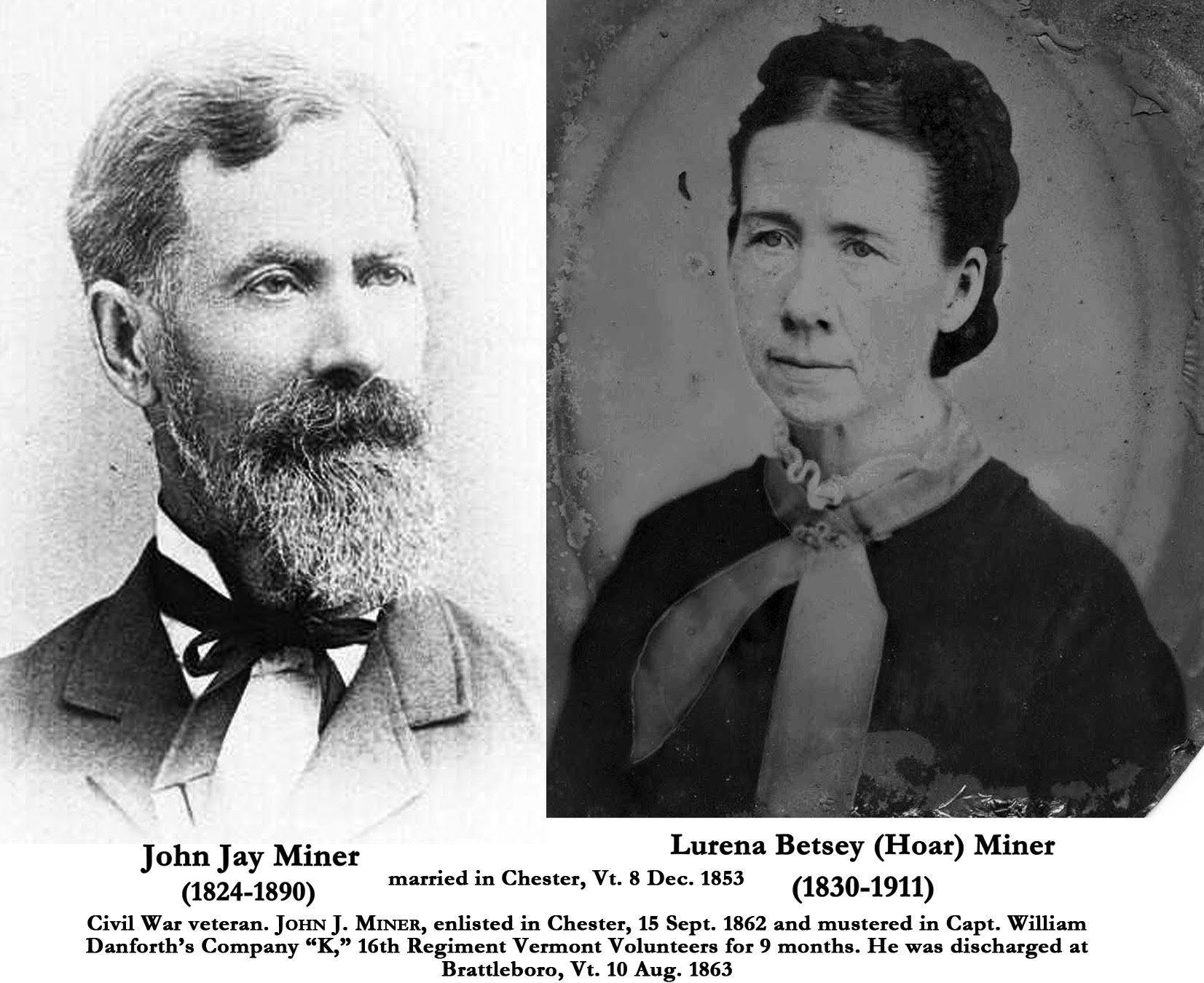 Minor, John J. - born Clayton, NY, 3 June, 1824, son of Martin Minor. He d. in an accident at Chester, Vt., 14 Oct., 1890 (age 66 years, 4 months, 9 days). Civil War soldier, Co. "K", 16th Vt. Reg't. " He started from his home in Chester, Vt., about 1 mile west of the village, with a small load of potatoes on a 2-horse lumber wagon; he was sitting on a high box in the front end. In descending a steep hill a short distance on his way, by some means he evidently fell from his seat on to the whiffletrees, behind the horses and being unable to extricate himself, he lost control of his young and spirited team, and they ran violently down the hill. When a short distance below George Parker's house, he was left in the road, a mangled and bleeding corpse. His body was taken up by nearbys and carried into Mr. Parker's house while messengers were sent to break the terrible news to bereaved wife, (Lorena Susan Hoar) dau. of late Deacon Hoar. He leaves also one son, a chemist, living near Philadelphia. Deacon Minor had been a prominent member of the Baptist church and for the past 23 yrs, one of the deacons. He was noted for faithfulness and efficiency in church work, a man gifted in prayer and exhortation. He was laid aside his little son, long since laid to rest in South St. cemetery. CHESTER, VT NEWS: 1 July, 1920: "Harlan B. Miner of Philadelphia, son of the late Deacon Miner of Chester, was the guest of Mr. & Mrs. W. S. Pollard over Sunday on his way to meet other chemists in Montreal. For 32 years he has been head chemist for the Welsbach Company.")