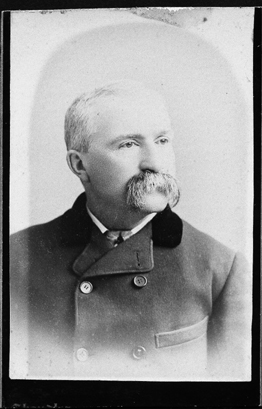 Darwin K. Gilson died yesterday afternoon at 1 o'clock at the home of his daughter, Mrs. Henry Plow, of Hartford, Conn. Mr. Gilson had been ill for several years and the immediate cause of his death was a stroke of paralysis. The body will be brought to his home in this city tomorrow morning where the funeral will be held at his home on Congress st. at 3 o'clock Friday afternoon

Mr. Gilson was born in Georgia Plains April 5, 1839, the son of Emily (Williams) and Willard Gilson. He moved to St. Albans at the age of ten years. At the outbreak of the Civil War he was in the employ of Enoch Whiting, the proprietor of The Messenger, but gave up his position to enlist. He enlisted at St. Albans July 23, 1862, in Co. I, 10th Regt., Vt. Inf., was promoted to be second lieutenant of the company February 9, 1865, and first lieutenant June 26, 1865, serving continuously from his enlistment to the close of the war. During his service he took part in fourteen of the principal engagements of the war. At the close of the war he entered the customs service for three years. He was in the mail service for fifteen years, and later re-entered the customs service until failing health caused him to retire from active business. Mr. Gilson is survived by his wife, Mrs. Susan (Gates) Gilson; one daughter, Mrs. Henry Plow, of Hartford, Conn., and two sons, James W. Gilson, of Hartford, Conn., and Dr. Graham L. Gilson, of Danbury, Conn.