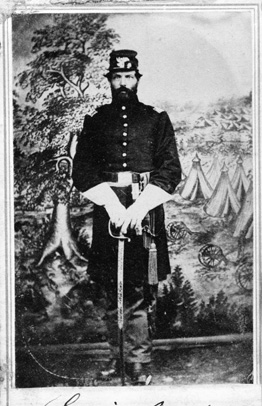 LAMENTABLE DEATH OF A VERMONTER

A very lamentable affair occurred yesterday in this city, being the death and robbery of Lieut. Lewis Graham of Springfield, Vermont, late of Company K., 16th Regiment of Vermont Volunteers.

It seems that on Wednasday, Lieut Graham resigned, on account of rheumatism, and was honorably discharged by General Heintzelman, and received his pay. On that night, he retired at a boarding house, but at 2 0'clock in the morning his room-mate testifies that he was awakened by the falling of somebody upon the floor, and he found it to be Graham, with his throat cut by a pen-knife. Medical assistance was obtained after a great delay, several surgeons refusing to come!-- but the wound was sewed up ultimately. Though in vain, ---Graham died at six o'clock, or four hours after the wound. Onr of the surgeons testified that his life might have been saved, has assistance been rendered in time. Inasmuch as the deceased did not by word or sign indicate foul play, the inference is sair that that he inflicted the wound himself, doubtless in a moment of abberration. The sum of $684 was found in his clothing, and this money was counted by a policeman, and locked up in Graham's valise, but was subsequently stolen.

A man calling himself McNnaughton, who was professed to be a newspaper reporter, was left in the room by the police, and as he has disappeared, it is believed he took the money.

Some persons doubt whether Graham was not murdered. The city is over-run by robbers and murderers; and not withstanding a double police, civil and military, murder, robbery, arson ans swindling in every conceivable shape are frequent occurrence.