Rank and Organization: Colonel, 5th Vermont Infantry.
Place and date: Salem Heights, VA, 3 May 1864.
Entered service at: Bellow Falls.
Born: 17 Jan 1829, Winhall.
Died: 20 Mar 1918.
Buried: Lakewood Cemetery, Minneapolis, MN (Section 8, Lot 416, Grave 2.)
Date of Issue: 11 May 1893.
Citation: Personal gallantry and intrepidity displayed in the management of his brigade and in leading it in the assault in which he was wounded. 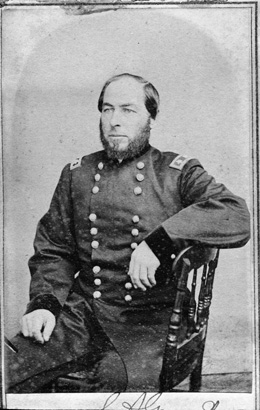 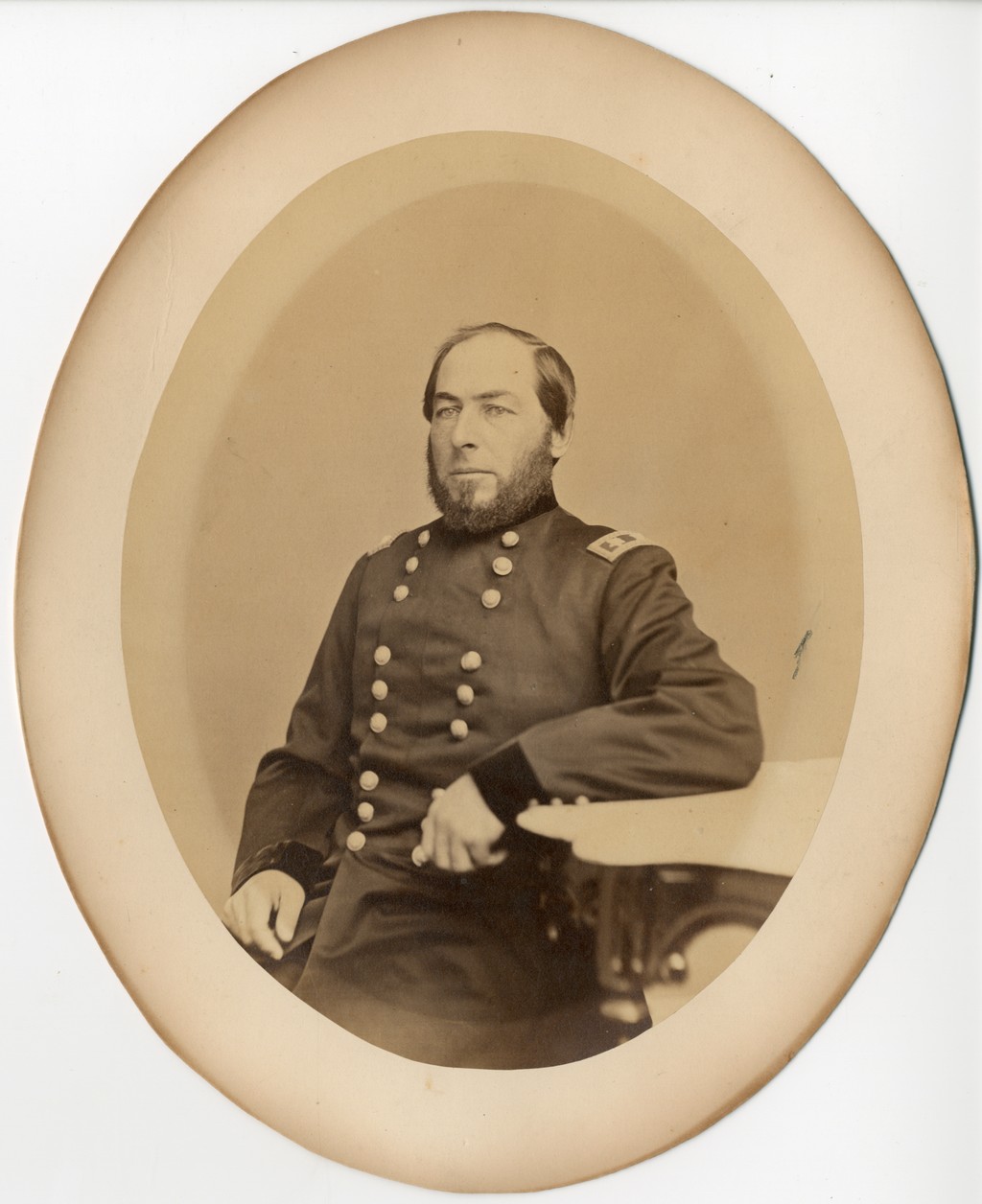 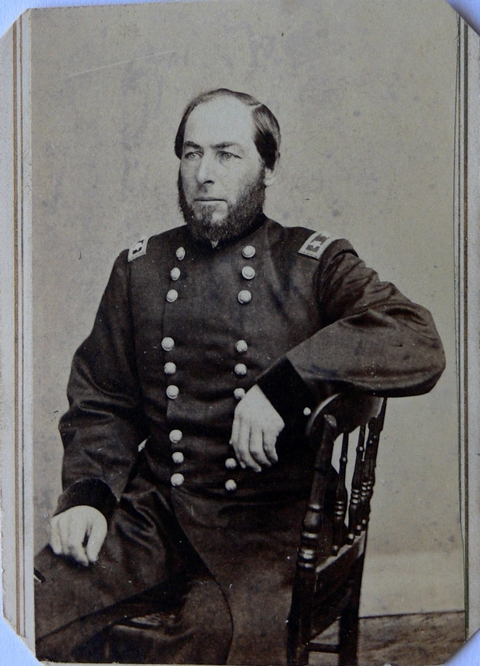 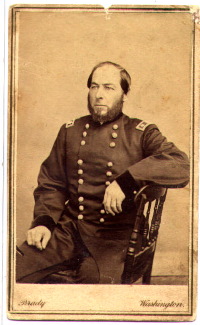 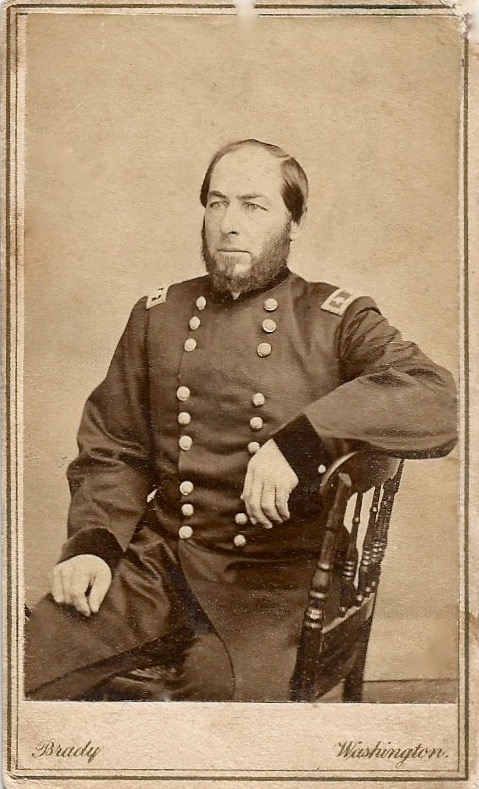 Lewis Addison Grant was born 17 January 1828, in Winhall, Vermont, the youngest of ten children of James and Elizabeth (Wyman) Grant. Prior to the war he was a teacher and a lawyer. He was mustered into the service of the United States, September 16, 1861, at Saint Albans, Vermont, as Major with the Field and Staff of Fifth Vermont Infantry Volunteers to serve for three years; was mustered in as Lieutenant-Colonel, same regiment to date September 25, 1861; as Colonel, same regiment, to date September 16, 1862; and was honorably discharged as Colonel to date May 20, 1864, to enable him to accept an appointment as Brigadier-General of Volunteers.
He was appointed Brigadier-General U. S. Volunteers, April 27, 1864; accepted appointment May 21, 1864; was commissioned Brevet Major-General U. S. Volunteers, to date from October 19, 1864, "for gallant and meritorious services in the campaign before Richmond, Virginia, and in the Shenandoah Valley;" and was honorably discharged the service August 24, 1865. Under the provisions of the act of Congress approved June 3, 1884, and the acts amendatory thereof, he is considered by the War Department as commissioned to the grade of Major, Fifth Vermont Volunteers, to take effect from September 7, 1861, to fill an original vacancy.

He commanded the Second Brigade, Second Division, Sixth Army Corps, from February 21, 1863, to December 29, 1863, and from February 2, 1864, to September 29, 1864, and from October 8, 1864, to December 2, 1864; the Second Division, Sixth Corps, from December 2, 1864, to February 11, 1865; the Second Brigade, same Division, from February 11, 1865, to February 20, 1865, and from March 7, 1865, to June 28, 1865.
During his service with the Fifth Vermont Infantry Volunteers, that regiment took part in the following battles: Yorktown, Williamsburg, Goldings' Farm, Savage's Station, White Oak Swamp, Crampton's Gap, Antietam and Fredericksburg.
Following is a list of battles in which he participated as a Brigade or Division Commander: Fredericksburg and Salem Heights, Gettysburg, Fairfield, Rappahannock Station, Mine Run, Wilderness, Spotsylvania C. H., Cold Harbor, Seige of Petersburg, Charles Town, W. Va., Gilbert's Crossing, Cedar Creek, Siege of Petersburg, Assault on Petersburg, Va., and Sailor's Creek, Va.
He was recommended August 22, 1866, by General U. S. Grant, commanding the army of the United States, for appointment as a field officer in the Regular Army; was appointed August 29, 1866, Lieutenant-Colonel 36th Regiment, U. S. Infantry, to date from July 28, 1866, but declined the appointment November 6, 1866.
On 11 May 1893, he received the Medal of Honor for "Personal gallantry and intrepidity displayed in the management of his brigade and in leading it in the assault in which he was wounded," at Salem Heights, Virginia, 3 May 1864.
After the war, Lewis Grant was Assistant U. S. Secretary of War during the administration of President Benjamin Harrison. He died 20 March 1918, at Minneapolis, Minnesota, and is buried in Lakewood cemetery (Section 8, Lot 416, Grave 2) in that city.

New York Times
March 21,1918
GENERAL LEWIS A. GRANT
Once Assistant Secretary of War
Dies at Minneapolis at 89.
Major General Lewis A. Grant, a civil war veteran, and a former assistant Secretary of War, died at his home in Minneapolis, Minn., on Tuesday. He was born in Bennington County, Vt., on Jan. 17, 1829. He was educated in Vermont, where he was admitted to the bar in 1855.
General Grant served in the civil war first as a Major in the 5th Vermont Infantry, and was afterward promoted to Colonel and then to Brigadier General. At the close of the war he was brevetted Major General. He received the Congressional Medal of Honor in 1893 for gallantry at the Battle of Salem Heights, Va.
General Grant served as Assistant Secretary of War from 1890 to 1893.
Courtesy of Tom Boudreau

Syracuse Herald (NY)
Wednesday - 20 Mar 1918
GEN. L.A. GRANT, CIVIL WAR HERO, DIES AT NINETY - Former Acting Secretary of War Under President Harrison - Given Medal by Congress for Distinguished Service in War
Minneapolis, Minn. March, 20 - Gen. L.A. Grant, Civil War veteran, once assistant secretary of war under President Harrison, died at his home last night. He was 90 years old.
In recognition of his distinguished service in the civil war he was awarded a medal by Congress. Entering the service as a major with the Fifth Vermont Infantry, he rapidly won himself promotion to brigadier general and later to major general.
Two sons, Capt. Colfax Grant, a Minneapolis attorney, and Dr. U.S. Grant, dean of the Chicago College of Liberal Arts at Northwestern university, and a daughter, Mrs. George W. Stone, Indianapolis, survive, besides the widow.
At Cedar Creek, Va., where General Sheridan was twenty miles distant at Winchester, General Grant in command of a division of the Sixth army corps, held five divisions of the Confederates until the arrival of his chief, his division being the only one to hold its portion of the line without retreat. For his service he was made a major general.
In the final battle of the war, seven days before Lee surrendered; he made the plan of assault and was given the post of honor leading the charge. At the head of his force he broke through the Confederate line and was severally wounded. He was born at Winhall, Vt.
Contributed by Erik Hinckley.