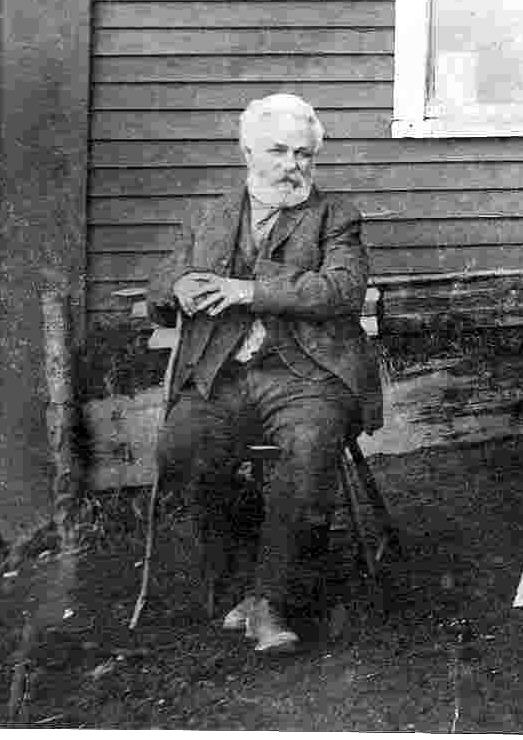 William, age 31, enlisted 27 August 1861 from Danville, and mustered in 21 September as a Private in Company H, Fourth Vermont Infantry. He transferred to the Veteran Reserve Corps 1 September 1863, and was mustered out 14 November 1865. A native of Liverpool, England, he is buried in Danville Green Cemetery, Danville.

William G. Pickett died Friday, February 28, at the home of his son, Albert Pickett, after weeks of intense suffering.

Mr. Pickett was born in Liverpool, England, May 19, 1830. He married Sarah Fields of Peacham, Vt., June 2, 1850, who died April 24, 1911. To them were born nine children, five boys and four girls, five of whom are living: George and Albert of Danville, Vt.; James of Woodbury Center, Vt.; Mrs. Lucretia Glines of Hill, N.H.; and Mrs. Hattie Glines of Tilton, N.H.. He also leaves 23 grandchildren and 15 great grandchildren. Mr. Pickett was a veteran of the Civil War, enlisting in the 4th Vermont Regiment. He served during the entire war. He had been in feeble health for some time and since the death of his wife had lived with Albert, being tenderly cared for by his son's wife. The funeral was held Sunday afternoon at 3 o'clock, Rev. R. F. Lowe officiating. C. H. Wilson, Lewis Fisher, Mrs Stocker and Mrs. McDonald sang and the bearers were the three sons and a grandson, Eugene Glines. Those from away to attend the funeral were: Mrs. Lucrecia Glines of Hill, N.H.; and Eugene Glines of Andover, N.H.; and Mr. and Mrs. James Pickett of Woodbury Center.