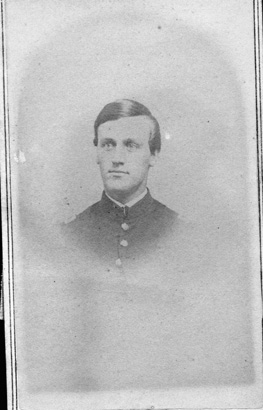 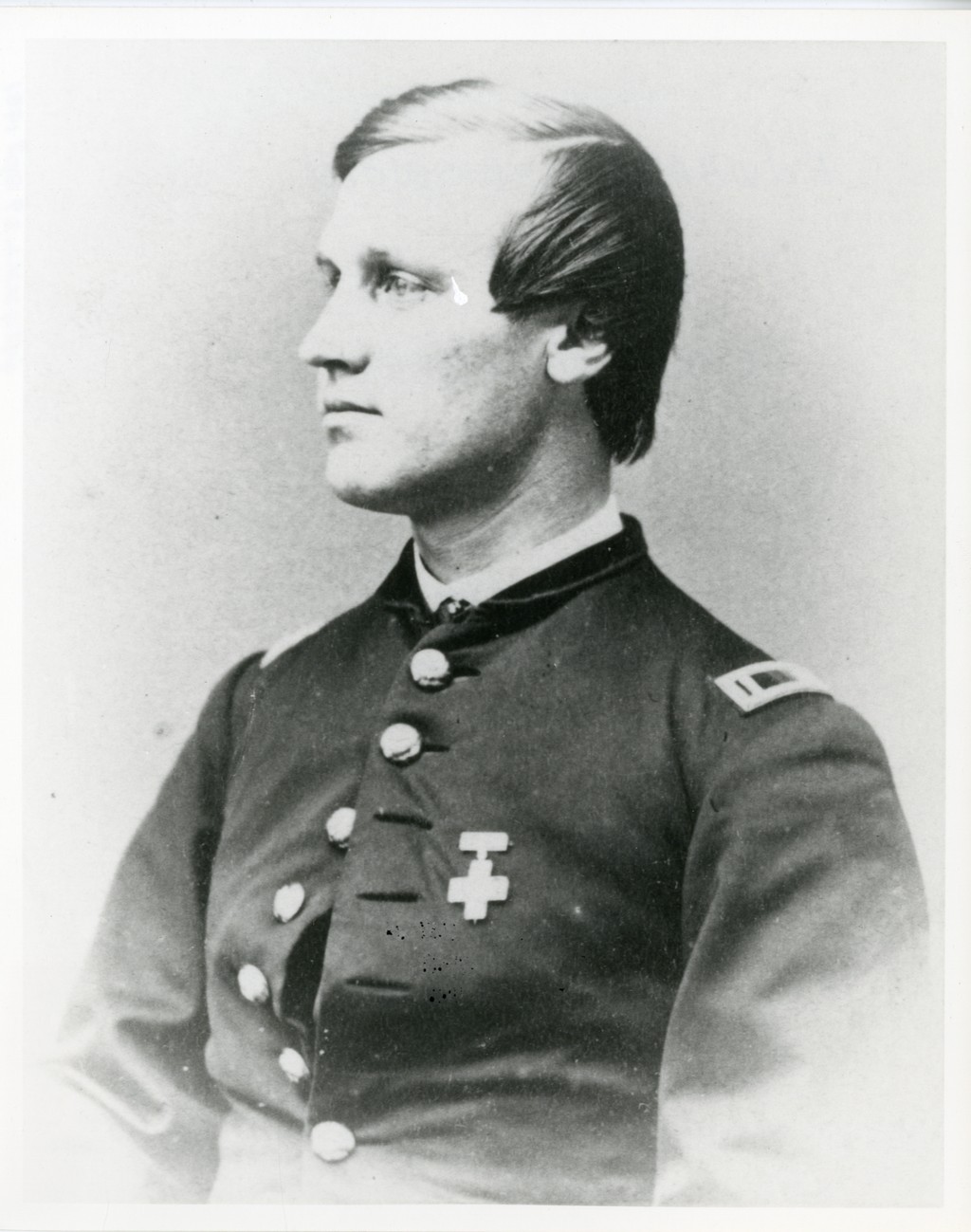 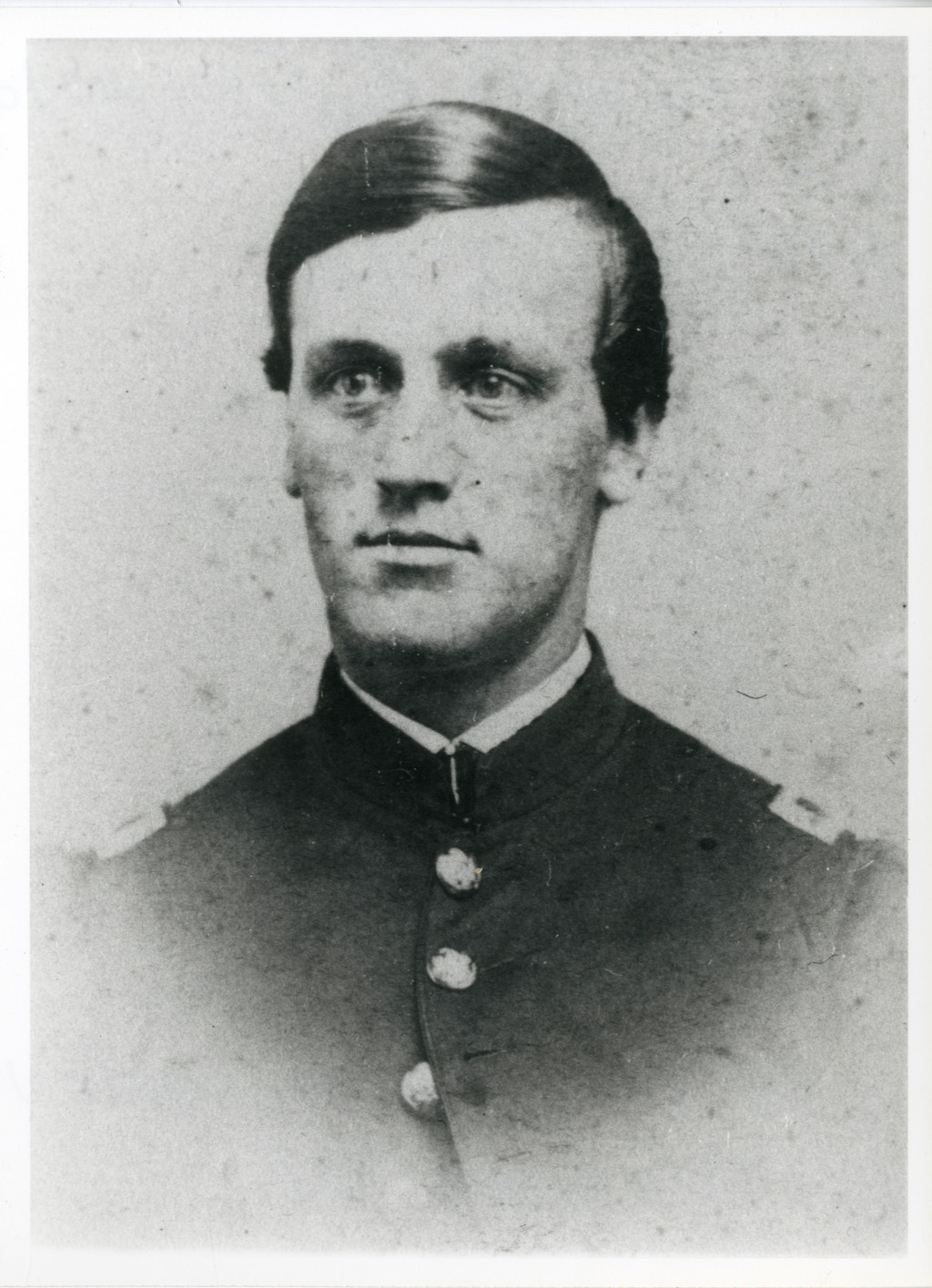 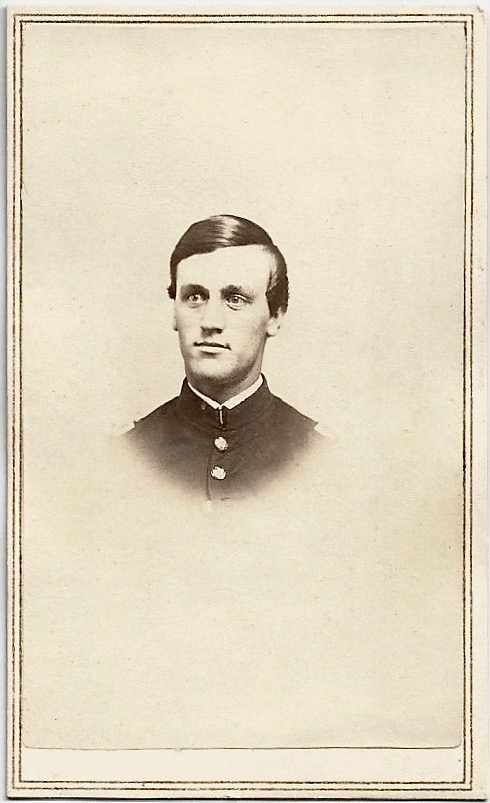 Was on recruiting service in Vermont from April 21, 1863, to November 11, then rejoined the Regiment at Fort Slocum, DC. Post Adjutant at Fort Lincoln during the winter of 1863, and until the 11th Regiment left for the front, May 12, 1864. Participated in the actions at Spotsylvania, Cold Harbor, Petersburg and Weldon Railroad. Taken prisoner at last named place June 23, 1864, confined in Libby prison till June 29, then removed with others towards Georgia. Arriving at Lynchburg, Va., it was found that the railroad track had been destroyed, and the prisoners must march to Danville, a distance of eighty miles. Rations were issued for four days -- twenty hardtack and about one pound of pork -- to each man. Reaching Marysville, on Staunton river, and after crossing the bridge spanning the stream, the prisoners under charge of rebel guards, were deployed in a field adjacent to the stream. The bank of the river was lined with bushes a rod or more wide along the bank.

Lieutenant Griswold, Captain Safford of Company I, and Lieutenant Fleury of Company K, with tin cups in hand, made for the river, with a preconcerted plan, if not discovered by the guard, to escape. They found they were not pursued, and proceeding down stream where they could cross without exposure, they forded it. This was July 1st. Secreted in the day time, and traveling by night, the three reached Millbro' early in the morning of July 17. In passing through the town they were discovered by the rebel Provost guard, and pursued by them about a mile, but by running, succeeded, though fired upon, in making their escape. Here the party became separated. Lieutenant Griswold reached Huntersville in the northeastern section of Virginia, and his companions the town of Beverly, within the Union lines, some four days later. Hungry and weary, Lieutenant Griswold entered a farm house on the outskirts of the place -- understanding from the negroes that many of the people here were friends of the Union. He was soon surprised by the entrance of two rebel guards. He was a prisoner again. He was taken to Staunton, confined for three days in"Castle Rough," then sent forward by rail to Richmond, which place he reached the 26th of July. Detained there until September 24, he was paroled, in company with a party of sick and wounded Union prisoners, and proceeded north. Remaining in hospital at Annapolis, Md., until exchanged December 18, 1864, when he was ordered to Alexandria, Va., to serve on court martial. He continued in this duty until June 3, 1865, when he was ordered to join his Regiment at Bailey's Cross Roads. Promoted Captain of Company F, and assigned to command of Company K, and remained with same until the Regiment was mustered out of service at Burlington, this State, which was, according to Adjutant General's Report, August 25, 1865.