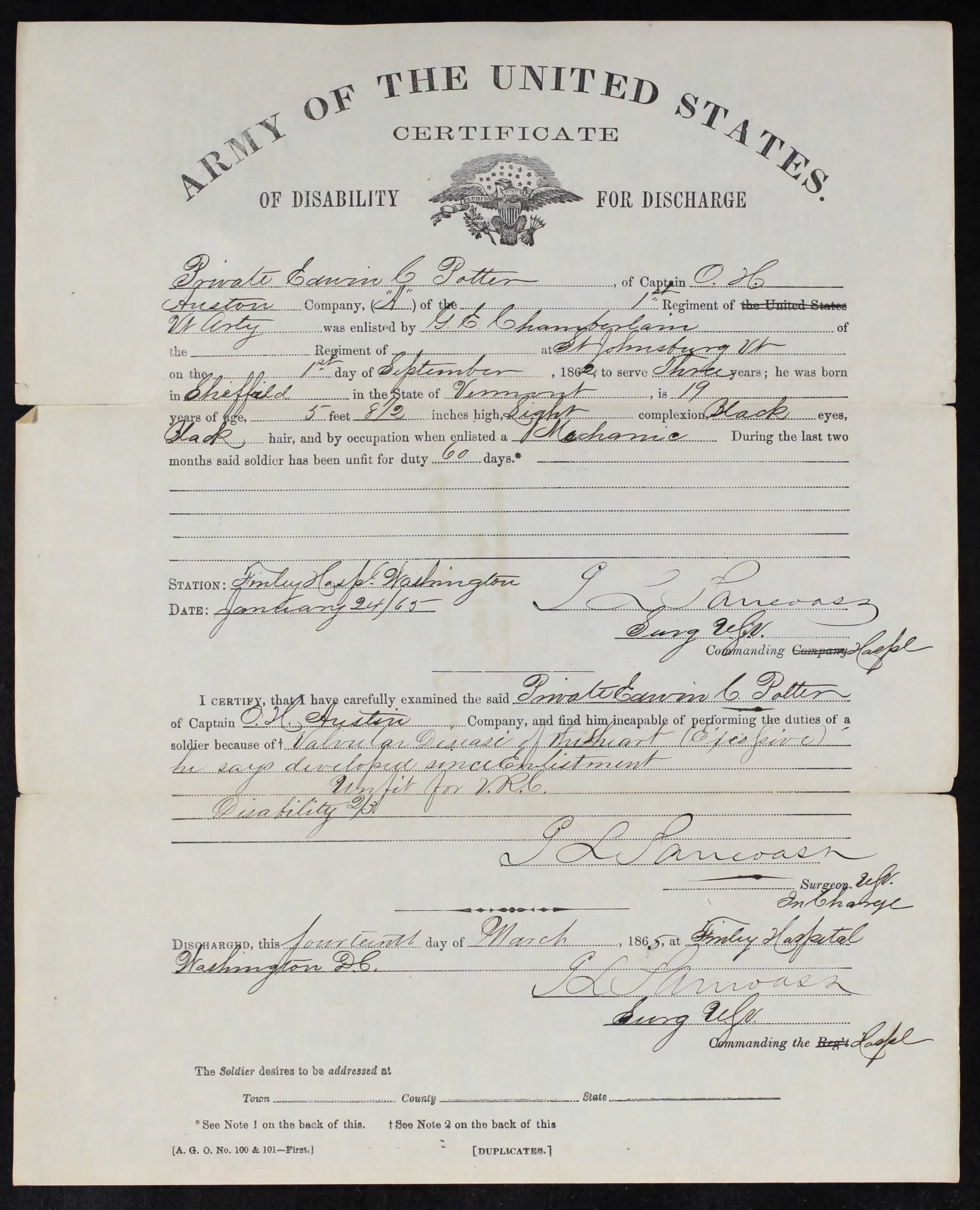 Certificate of Disability for Discharge

WAS SOON TO BE MARRIED

Accompanied by Miss Charlotte B. Rich, Fiance, When Stricken

Boston, May 9 - Edward C. Potter, 78 years of age of St. Johnsbury, Vt., an eminent jurist of that city, died very suddenly in the lobby of the Home Savings bank at 75 Tremont street just before 11 o'clock Saturday morning.

Judge Potter entered the bank in company with Miss Charlotte B. Rich the daughter of Mr. and Mrs. Charles B. Rich of 10 Salcombe street, Dorchester, with whom he had been making his home since the death of his wife.

Judge Potter collapsed upon a bench near the main entrance to the bank quite unnoticed and when assistance reached him later it was found that he had died.

Judge Potter was born in a small suburb just outside of St. Johnsbury. He was a familiar figure in St. Johnsbury, where he was deacon of the South Congregational church for many years. He was a Civil War veteran, enlisting from the Green Mountain state in 61 and serving for the duration of the war.

He was for many years a justice of the St. Johnsbury court and took a prominent part in the civic affairs of that city. His wife's death which occurred about two years ago was a severe shock to the aged juror, according to those who knew him best.

He was in Boston prior to making his home with Mr. and Mrs. Rich.

According to Miss Rich, she and the aged Vermonter were engaged to be married. The young woman sobbed out the story of her broken romance last evening.

"We were to have been wed next week," She said. "All our plans were made, and we had everything ready to renew our happiness together. He died in my arms a few moments after we had entered the bank together."

"I was transacting some business with the treasurer, when the judge became weak and sat down on a bench near the door. The next thing I knew he was in his death agony."

"I was with him in the end," she cried, sobbing bitterly.