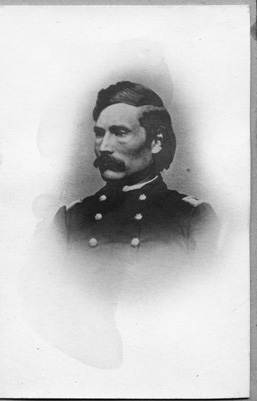 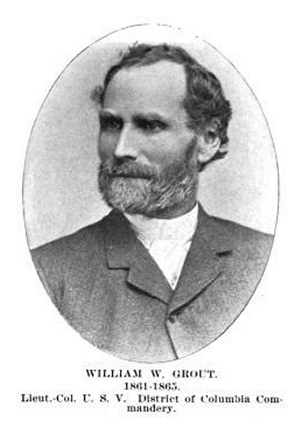 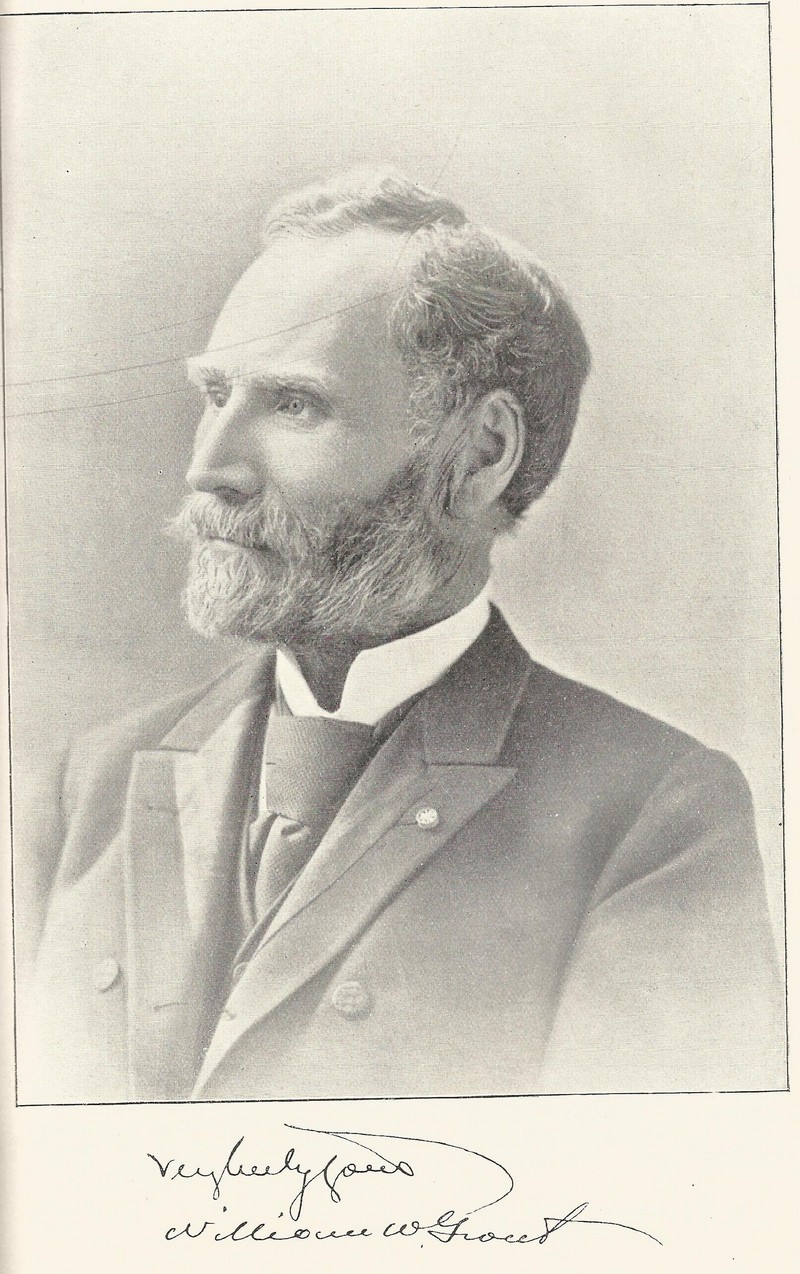 Grout, William W., of Kirby, was born of American parents in Compton, P. Q., May 24, 1836. His ancestry is traced back to Dr. John Grout who came from England in 1630 and settled in Watertown, Mass. His great-grandfather, Elijah Grout, of Charlestown, NH, served as commissary in the Revolutionary war. His grandfather, Theophilus Grout, settled on the Moose river in the new state of Vermont upon land afterward included in the present town of Kirby, in the year 1799, and there cleared a large farm which his father, Josiah Grout, afterwards owned and on which he lived till near the time of his death.

William W. Grout received a common school and academic education, and was graduated at the Poughkeepsie (N. Y.) Law School in 1857. He was admitted to the bar in December of the same year, and settled in the practice of the law at Barton. In July, 1862, he was nominated by the Republicans of the county to the office of state's attorney, but declined the nomination and enlisted in a company then being raised in Barton for the civil war. On its organization he was made captain, and subsequently was promoted to be lieutenant-colonel of the 15th Regt., which was attached to the brigade of General Stannard, afterward so famous for the repulse of Pickett's charge at Gettysburg. The 15th Regt. did not remain at Gettysburg till the close of the battle, but on the afternoon of the second day was ordered to the defence of the 1st corps train, then on the way to Westminster, and liable to attack from Stuart's cavalry, which were prowling in the rear of the Union army. A few days after the regiment joined the brigade at Funkstown, and the next day brought up in front of the enemy at Hagerstown, and Colonel Grout with two hundred men from the 16th Regt. went upon the skirmish line against which the enemy was actively demonstrating, while Lee with the bulk of his army was crossing the Potomac. In August, 1863, Colonel Grout was mustered out with his regiment on account of expiration of term of service.

In the fall of 1864 the enemy raided Saint Albans, robbing banks, etc., and by order of the Governor of Vermont, Colonel Grout was placed in command of the provisional forces raised on the east side of the mountain to guard the Canadian frontier. The Legislature then in session organized three brigades of militia, and Colonel Grout was elected brigadier-general and assigned by the Governor to the command of one of them.

In 1878 he was nominated for Congress by the Republicans of the third district, but was beaten by Bradly Barlow, a greenbacker. In 1880 he was elected to the Forty-seventh Congress from the third district. By the tenth census Vermont lost a member, and the third was absorbed by the first and second districts. General Grout was a candidate for nomination in the second district in 1882, but was beaten by Judge Poland, ex-member of both House and Senate, and ex-chief judge of the Supreme Court. In 1884 General Grout was nominated by the Republicans of the second district and was elected to the Forty-ninth Congress by a majority of nearly thirteen thousand, and has since been reelected to the Fiftieth, Fifty-first, Fifty-second, and Fifty-third Congresses, invariably running ahead of his ticket. He has served on the committees on territories, levees and improvements of the Mississippi River, education, District of Columbia (of which he was chairman in the Fifty-first Congress), expenditures in the interior and treasury departments, and upon the committee on appropriations, of which he is now a member.

Meantime General Grout has been engaged in an active law practice till quite recently, and all the time interested in agriculture. He now owns and resides upon the old homestead in Kirby where his grandfather settled in 1799, and which has been in the family ever since.

General Grout married Loraine M. Smith in 1860, who died in 1868. He buried two children in infancy. He has not remarried.