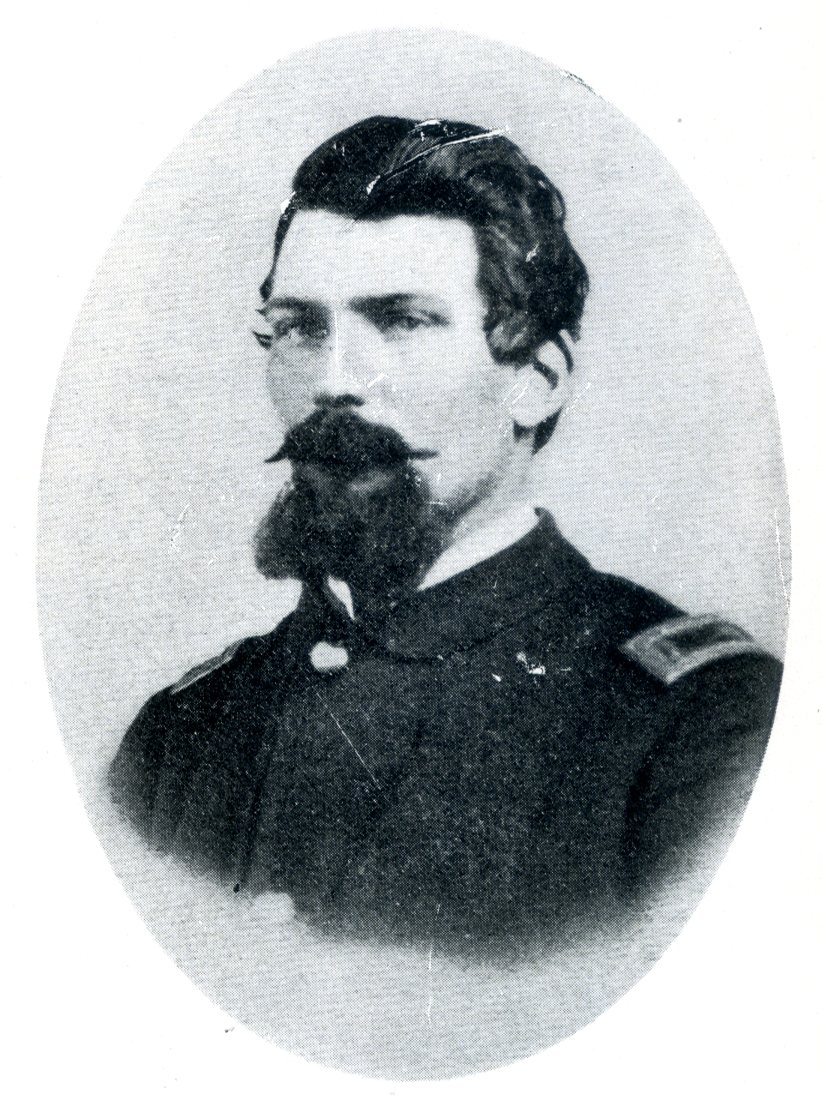 FIRST LIEUTENANT CHARLES E. BANCROFT was an officer well liked by his men, but on account of ill health he resigned January 15, 1863, and died a few years later from disabilities received in the service.

Source: Hiram Carleton, "Genealogical and Family History of the State of Vermont," New York: The Lewis Publishing Company, 1903, i:701-2.

Charles E. Bancroft, who died at the residence of his son in Montpelier last Saturday morning, was born in Montpelier, being the youngest son of the late Aaron Bancroft, and, with the exception of a residence of five years at Waterbury and nearly the same period at St. Johnsbury, had always resided here, at one time doing business as one of the firm name of Spear & Bancroft. He served during a portion of the rebellion with credit to himself, being the fist Lieutenant of Co. I, 13th Vermont regiment. He was a man of considerable ingenuity, and invented numerous articles of tinman's tools, several of which he patented. Beside all this, he was a Democrat who could be relied on.