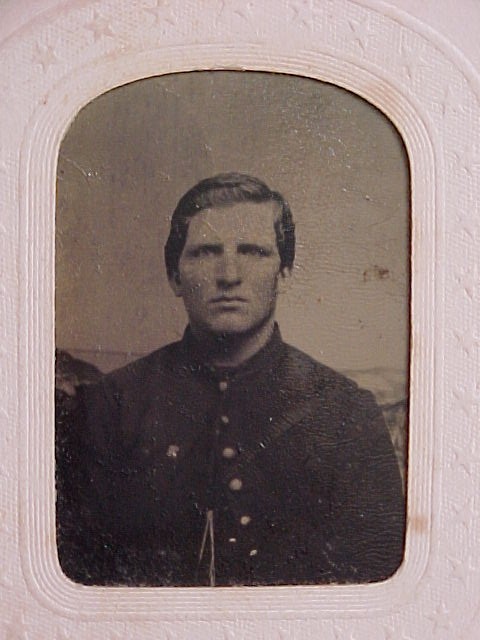 Charles H. Ray, 83, a Civil war veteran, died Saturday morning at his home on lower Main street. Although Mr. Ray had been in failing health for a number of years he was dressed every day and was around the house until Friday. He was born in Chester August 6, 1842, one of 14 children born to Abel and Lois (Jewel) Ray, five of whom are living. On March 9, 1866, Mr. Ray married Mary E. Buswell and to them were born four children, two sons and two daughters, all of whom survive him, Mr. Ray's death being the first break in the family. In their early married life Mr. and Mrs. Ray lived in Weston, later spending one year at the home of her father in Mount Holly, then moving to Ludlow where they had since made their home. Mr. Ray enlisted from Mount Holly August 16, 1864, and was mustered out June 19, 1865, having seen service in nine battles. He was a member of O.O. Howard Post, No. 33, G.A.R., was one of the post commanders and at the time of his death was chaplain of the Post, having served in that capacity for many years. Both Mr. and Mrs. Ray joined the Baptist church in Ludlow 55 years ago and he had been a deacon for several years. Mr. Ray is survived by his wife, two sons, Henry A. Ray of Springfield, Mass., and Frank J. Ray of Ludlow, two daughters, Mrs. Flora J. Estey of Oak Bluffs, Mass., and Mrs. Etta E. Belknap of Cavendish, three brothers, Abel Ray of Reading, Luther Ray of Marshalltown, Iowa, Reuben Ray of Clarksville, Iowa, two sisters, Mrs. Priscilla Lamphere and Mrs. Eliza Blossom of Rutland, 13 grandchildren and 13 great-grandchildren. The funeral will be held at 4 o'clock at the house Monday afternoon, Rev. Dr. F.M. Preble will officiate, and burial will be in Ludlow. Mr. Ray is the first to be buried in the family lot. The committal service of the Grand Army will be used at the grave.