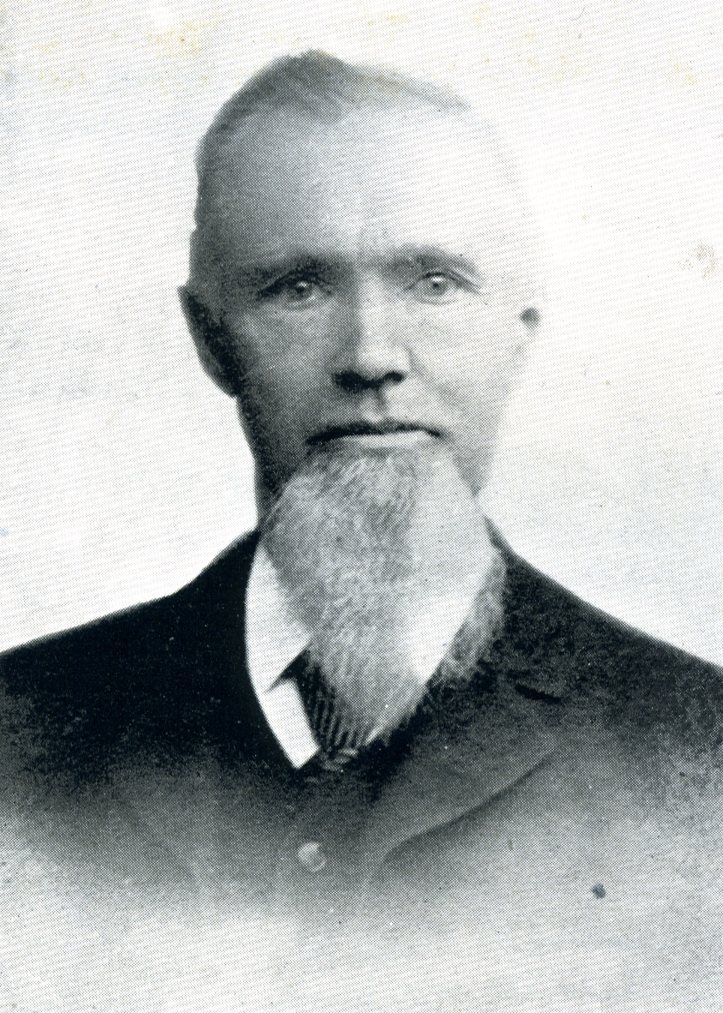 SERGEANT JAMES HALLOWAY volunteered from the town of Highgate in August, 1862, and was made second sergeant at the organization of Company K. He was at this time a good looking, gentlemanly appearing young man, six feet tall, well proportioned, dignified and reserved. His age was 27 years, occupation a farmer. Was born February 24, 1835; died September 1, 1897; burled in South Main Street cemetery, St. Albans City, Vt. Married Jennie A. Pierce, January 15, 1871. He was a fine specimen of the typical volunteer from "Vermont at this important period. To see him gave ready answer why some of the boys voted for him for captain at the election of company officers. He was a modest and conscientious man, strictly honest and would not allow his name to be used for any position that he did not feel himself qualified to fill. Had never had any military drill or experience. He was a raw recruit and because of these facts reluctantly accepted, after considerable urging, the position of sergeant. He was well thought of by neighbors and acquaintances and stood well in the community where he lived. He had the reputation of standing courageously by his convictions, and the constituent elements, prominent in his character made him just the kind of material essential for the life of a soldier. Army life made no changes in his character, and he maintained throughout the service the same dignified, modest and retirin.g disposition that was manifest when we first saw him at the company organization September 11th, 1862.

Every duty was promptly and fully done, courteous alike to officers and privates. His clothing was clean and in order, gun and straps, buttons and buckles glistened as new, and when he appeared for duty his tidy appearance was the envy of many a slovenly fellow who wondered how he could keep so neat and trim living in a) cotton tent and sleeping on the ground. His example taught his tentmates and the rest of company K a timely and valuable lesson.

When Orderly Morey was promoted to second lieutenant. Sergeant Halloway took his place as first sergeant, though by neglect no mention was ever made of his being promoted and commissioned to first sergeant, and therefore was discharged as second sergeant. He performed the quite arduous and exacting duties of this position with entire satisfaction of all until the regiment was mustered out.

At Gettysburg on the charge against General Pickett's forces, he was wounded. A piece of a shell hit him on the shin causing blood to flow quite freely, the wound looked quite serious, and he appeared to suffer intense pain. This occurred just after the charge had ended and after the Rebels had come inside our lines. I noticed him limping a little and inquired of him the cause, he replied something hit my shin a tew minutes ago, but 1 am all right. I advised him he had better see what the trouble was, and we made a hasty inspection, and concluded that he was fortunate it was no worse. It was so bad that he went to the rear with Companies G and I, who had charge of prisoners captured to have his wound attended to and dressed by the surgeon, and very soon was back again in his place, though now quite lame and white In the face, but rot because of fear, for he was as brave and impetous in battle as modest and calm on dress parade.

After being mustered out July 21st, 1863 he returned to his home in Highgate, engaged as foreman for Waite and Jennison in the manufacture of turpentine from pitch pine stumps that were found in the stump fences in Swanton and Highgate. He continued in the employ of Waite and Jennison about two years, and then commenced work in a foundry at Highgate, and soon after went to St. Albans, about 1867, and engaged for the St. Albans Foundry Co., and with them he remained for many years until 1886, when he was appointed Deputy Collector and Inspector of Customs and located at St. Albans, which position he held until compelled to resign on account of failing health. He met with an accident, breaking some of the bones of his shoulder, which he said was the cause of the disease of the lungs from which he died September 1st, 1897. He married Jennie A. Pierce, a daughter of Hiram Pierce, the old hotel proprietor of the American House, St. Albans, who with two daughters, Catherine M. and Emma survive and reside at this day, January, 1906, at St. Albans City, Vt.

Comrade Halloway held many offices of trust and responsibility. He was a prominent Mason and a more zealous one or one who Illustrated the principles of the Order more faithfully and conscientiously in his daily life it would be hard to find. A biographical sketch and a picture of Comrade Halloway will be found on pages referred to in Roster. See page 404.