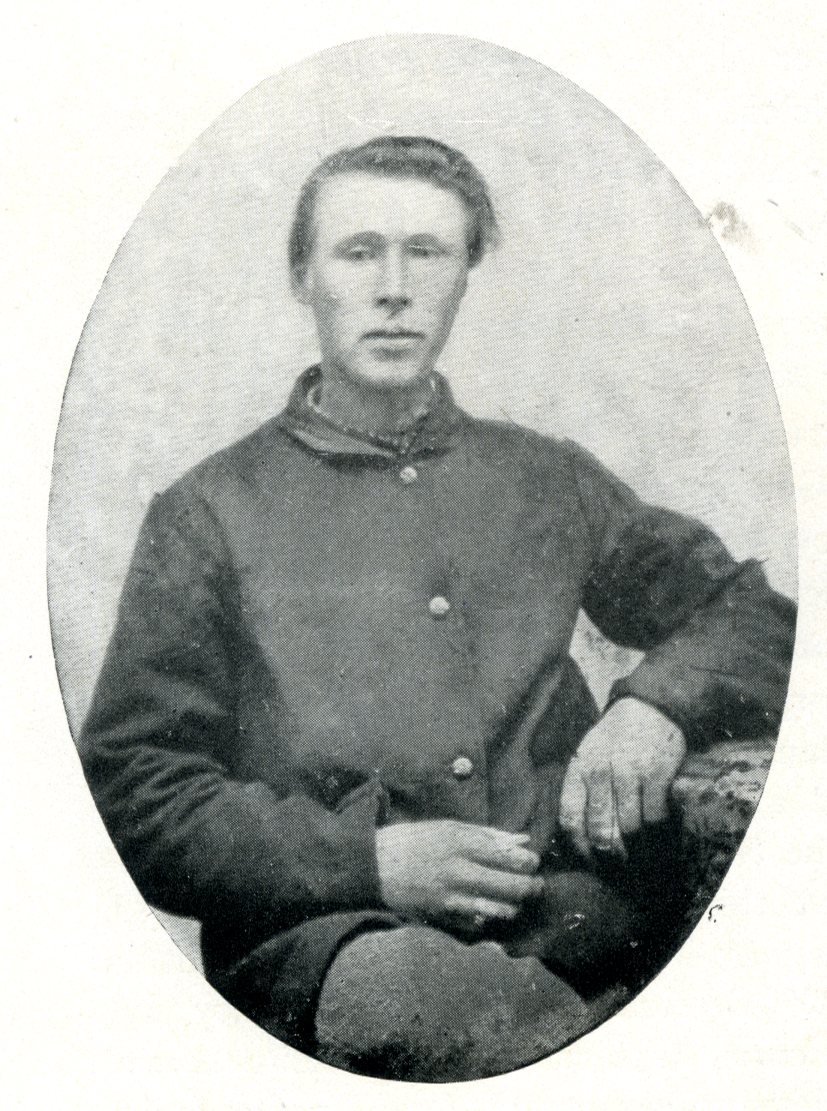 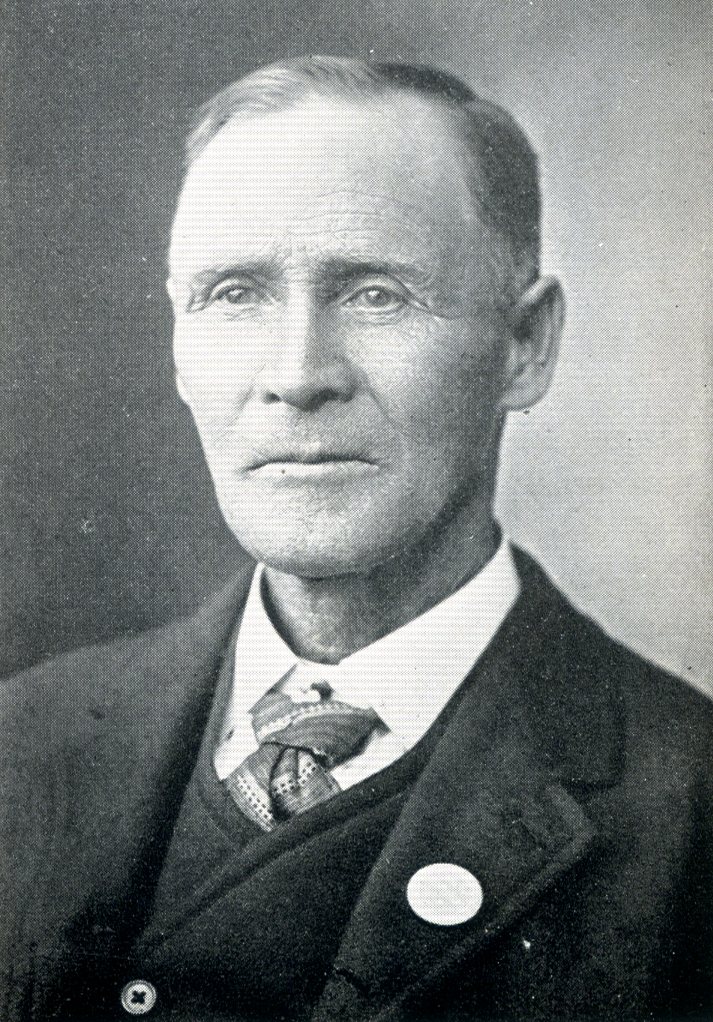 I was born September 5, 1844, and enlisted on the 19th day of August, 1862, and was only a few days of 18. My father was a farmer and so was I. My schooling was in the little red school house in my native town. I cared more for play than books and hence my education was below the average of the boys of my association. Work at the farm did not agree with my inclination, and my father found it hard to> make very much of a farmer of me. I was full of life and fun and was glad of a chance to enlist, of course I was as ignorant of what would be required of me as a soldier as possible. I was anxious to go and father said, "Go and be sure when in battle not to be shot in the back but stand by the flag and do your best," and also said, "I would rather never see you again than hear that you ran to the rear in time of battle." The battle of Gettysburg was a good place to test the courage and fighting qualities of a boy of IS summers. My comrades of Company C can tell which way I ran towards or from the enemy. The fight was a hot time and I was expecting to be shot any moment. I had heard my mother say that the fortunes of war were with the brave and cowards when on the run were liable to be hit, I was determined to make a good record in action or die. I did duty from muster in October 10 to muster out July 21, 1863, and when I returned home my father said, "You have done well and may go- again," and I did re-enlist into Company K, 6th Vermont "Volunteers, and was mustered out at the close of the war. The name of my wife is Ellen Richardson; children are Ralph and Addle, of Worcester, Vt., Lyde, Carl and Arthur, of Hardwick, Vt., and Clyde, of Waterbury, Vt. I did my duty in the days of war to help save my country and since the war in civil life have done my duty to be ready for war should occasion require. I am satisfied with the record made in war and in peace and if my comrades have all done as well then all are entitled to a medal of honor. And now Comrade Sturtevant, if this will answer use it and if not throw it in the fire and it will be all right. I know the other boys of my company will tell the thrilling incidents of Gettys- burg battle especially General Pickett's heroic charge, and so I will not try.

Pictures of this comrade will be found on page 210.

Plummer H. Richardson, aged 74 years, died at his home in Worcester about 9 o'clock Sunday morning following a long illness of cancer. He came to Heaton hospital for an operation for its relief which failed, and he went back home some 10 days ago. He was a native of Vershire but had lived in Worcester since he was two years of age. He is survived by his second wife, Belle Sanford Richardson, to whom he was married a few years ago. Besides her, he leaves five children, Mrs. Lydia Utton of Chicago, Mrs. Roscoe Bowden of Maine, Ralph, Carl and Arthur Richardson of Worcester; also three brothers, Calvin, Joel and Alonzo Richardson of Worcester. He was a veteran of the Civil war and a member of Brooks post. The funeral will take place at 9 o'clock Tuesday morning from the church in Worcester.